State releases revamped grades for every school – and most drop 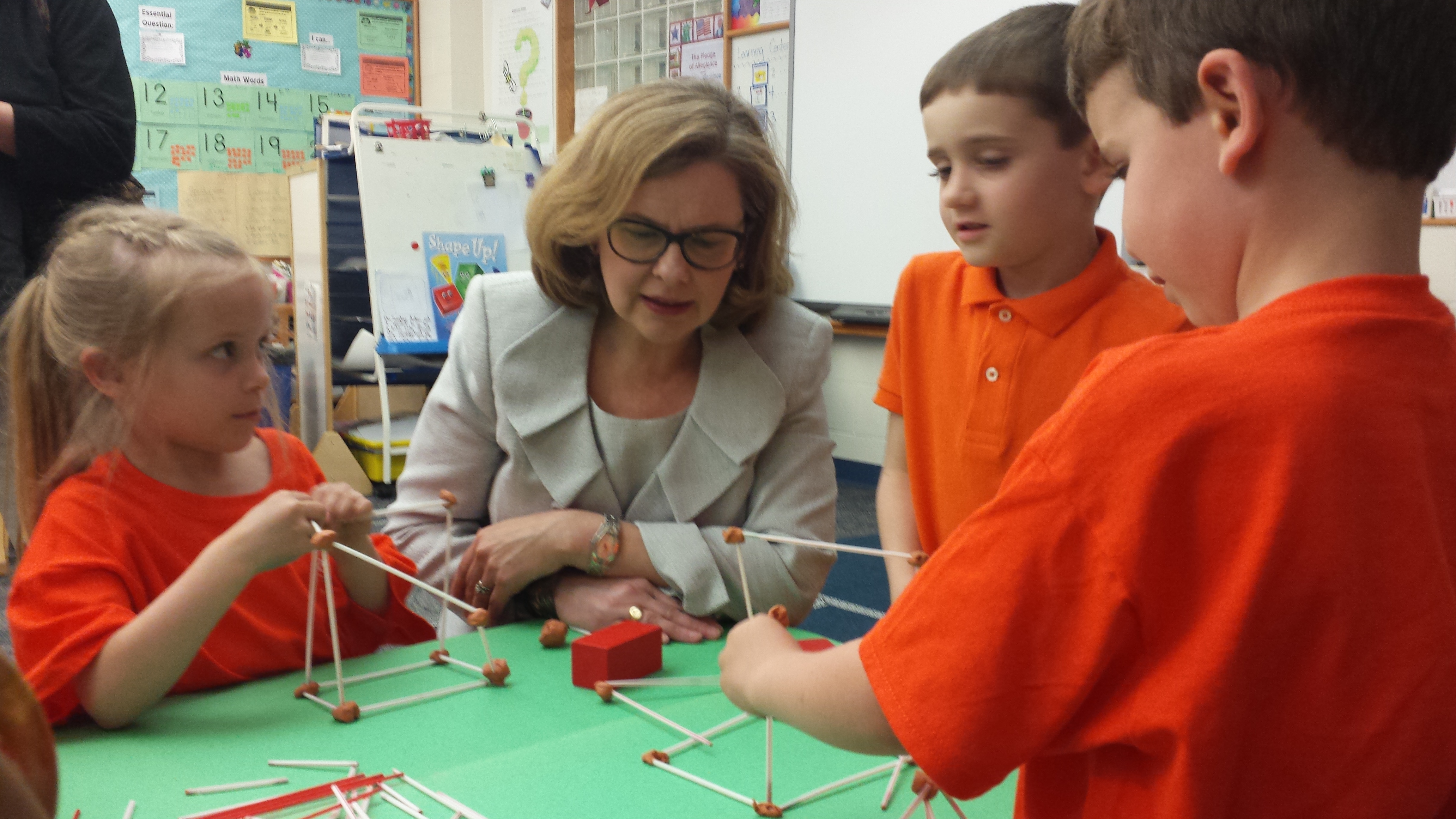 Education Commissioner Dianna Wentzell in a kindergarten classroom at an elementary school in Bristol.

The zero-to-100 grade the state gives every public school and district each year declined for the vast majority of public schools and districts, according to data released by the State Department of Education Tuesday.

But the state’s education commissioner said the widespread declines in scores should be seen as part of a recalibration of the grading system. The majority of students scored better on standardized tests.

The state’s grading system is based on more than a dozen different measures, including factors such as test scores and how many students are chronically absent, enroll in arts and Advanced Placement college-prep courses, graduate from high school and enroll in college within a year of graduation. (See below for how your schools’ grade)

While the state already had stopped using student test scores as the lone measure of performance in last year’s school grades, those scores still account for about 80 percent of the ratings for elementary and middle schools.

This year’s zero-to-100 grades for the first time began counting student growth on standardized tests so that the public could see if schools are headed in the right trajectory.

Overall, about 40 percent of an elementary or middle school’s grade is derived by subtracting individual student test scores from the same students’ scores the previous year to measure performance.

During a conference call with reporters, State Education Commissioner Dianna Wentzell said parents should use this year’s score as a starting point since this is the first time growth is being factored into the equation.

“This is really a baseline year for the use of growth,” she said. “What we see is a great degree of change when we only look at the status measure.. Growth is a game changer.”

Most of the state’s worst-performing districts had a drop in their scores, including: Bridgeport (three points), Hartford (one point), New Britain (three points), New London (four points) and Waterbury (two points).

Two low-achieving districts, however, increased their score, including New Haven (two points) and Windham (one point).

The state did not release an updated list of schools that it considers to be among the lowest achieving, so-called “turnaround” or “focus” schools.