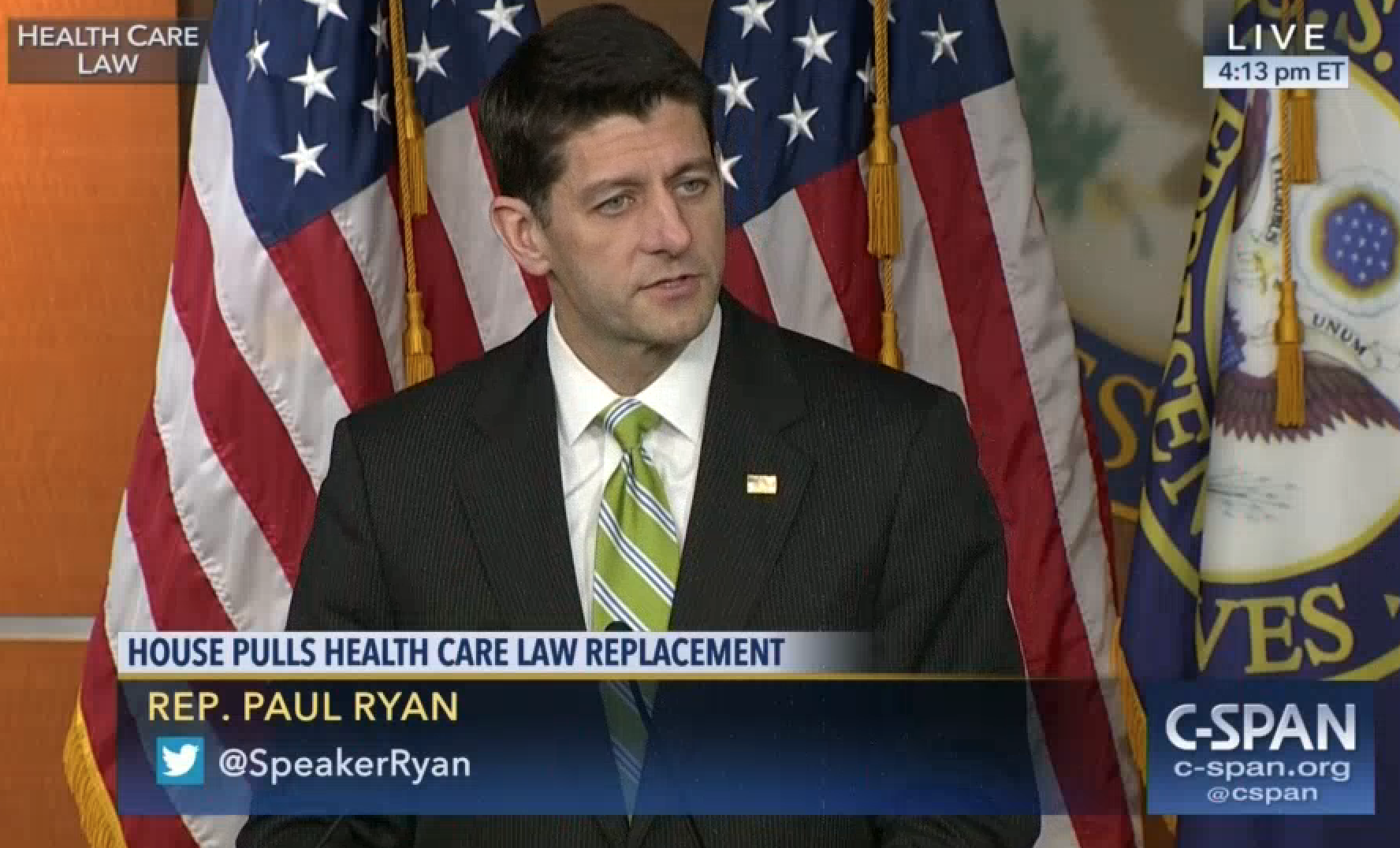 Speaker Paul Ryan talks about the failure to put the Republican health bill up for a vote in the House.

Washington – With the stunning failure of the GOP to win support for its health care bill Friday, Connecticut Democrats increased their calls for reforms of the Affordable Care Act that would keep it alive.

“Speaker Ryan and Republicans made the right decision in pulling this bill, and if they want to work together to enact improvements to the Affordable Care Act, I will be there,” said Rep. Rosa DeLauro, D-3rd District.

After having to pull the health care bill from a  scheduled vote Thursday, and then again Friday, House Speaker Paul Ryan, said the GOP bill was dead and,  “Obamacare is the law of the land for the foreseeable future.”

But he predicted the Affordable Care Act would spiral into oblivion, saying premiums would keep rising and insurers would continue to abandon the state exchanges created by the ACA.

Ryan said he did not know what the next steps would be on healthcare, but called the ACA so flawed that it would be hard to prop up. The GOP has never shown a willingness to reform the ACA, only repeal it.

“The Republican bill was opposed across the board by nurses, doctors, veterans advocates, older Americans and persons with developmental disabilities,” he said. “It is my sincere hope that Speaker Ryan and President Trump will get serious about governing in a way that represents all Americans, and work with Democrats to craft real solutions which will build on the Affordable Care Act rather than attempting to start from scratch.”

Sen. Richard Blumenthal, D-Conn., took a shot at the president and the GOP, saying,  “This Republican meltdown marked a massive failure of governance by a reckless, irresponsible administration and its partisan congressional leadership.” 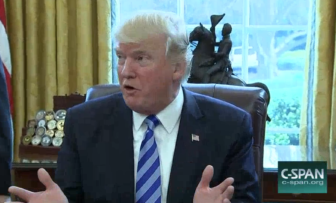 President Donald trump comments on the decision not to put the Republican health law up for a vote.

“Trumpcare should be finally declared dead – a demise it richly deserves,” Blumenthal said. “Republicans should abandon their continuing campaign to disparage and dismantle the Affordable Care Act – by executive order or otherwise – and instead build on the law and improve health care for all Americans.”

In a conference call Thursday, DeLauro said the ACA needed some changes to avoid the high premiums and deductibles many Americans must pay. “We need to have some fixes,” she said.

DeLauro said setting up a mechanism to protect insurers from unexpected losses should be one of the reforms.

After Ryan pulled the health bill from the floor Friday, Kristine Grow, spokeswoman for America’s Health  Insurance Plans, said health insurers are ready to work with Congress to stabilize the marketplace.

“Americans deserve a strong, stable individual market that delivers affordable coverage and access to quality care,” Grow said. “We remain committed to working with Congress and the administration in a bipartisan fashion on solutions.”

But on Friday, nobody could say what comes next as far as  federal efforts to change the nation’s health care system.

President Donald Trump, who told Ryan Friday to pull the bill, blamed lack of Democratic support for its failure. He also said he was ready to work with Democrats on a replacement.

Trump  said the ACA “is imploding and soon will explode, and it’s not going to be pretty.”

“Seventeen is going to be a very, very bad year for Obamacare,” Trump predicted. “You are going to have explosive premiums.

Trump said eventually Democrats would want to work with Republicans on a replacement.

After days of lobbying from the White House and changes to the bill that included eliminating a mandate that required insurers to provide “essential health benefits” like maternity and mental health care, the GOP was still short of the votes they needed to pass the bill.

Ryan said Republicans “came really close.” But there were more than 30 Republicans who refused to back the American Health Care Act – both members of the conservative Freedom Caucus upset the bill did not do away with all ACA provisions and GOP moderates who wanted a more robust bill.

Republicans hold a majority in the House, but could not afford to lose more than 21 votes since all Democrats were uniformly opposed to the bill.

Lawmakers received thousands of phone calls and emails  from constituents concerning the Republican attempts to replace and repeal the ACA that were overwhelmingly in favor of keeping the health law in place. Republicans also felt the heat from ACA supporters at their town halls.

The campaign may have helped peel off some GOP moderates from the AHCA.

Sen. Chris Murphy tweeted, “The AHCA is dead…for now. A reminder that there is no fear or anxiety or sadness you feel that cannot be cured by political action.”