A frosty Friday for Malloy, GOP over $350M in borrowing 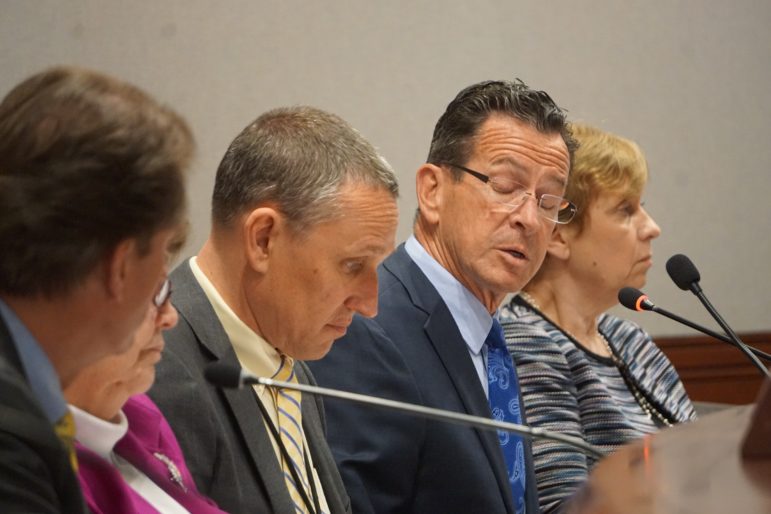 The battle to balance Connecticut’s budget spilled over onto its credit card Friday at the Bond Commission, where the prospect of more borrowing sparked what Gov. Dannel P. Malloy called one of his “weirder” confrontations with legislators.

Malloy and two Republican legislators who sit on the commission, Sen. Scott Frantz of Greenwich and Rep. Chris Davis of Ellington, sparred over the necessity for hundreds of millions of dollars in approved borrowing.

The commission gave the green light to borrowing $350 million for a wide range of construction, economic development and other initiatives. Davis voted against each item, but Frantz refused to verbally cast a vote, saying the commission’s clerk knew his feelings.

This is not an unusual amount of activity for the 10-member Bond Commission, which plays a key role in determining when state government is ready to finance projects — and when various initiatives are ready to move forward.

But Davis said these are unusual times for state government and, therefore, Connecticut should be more cautious with its credit card.

“I just find it wholly inappropriate that we are here today,” said Davis, who also serves as the ranking House Republican on the legislature’s Finance, Revenue and Bonding Committee. Davis voted against every borrowing item on the agenda in protest. 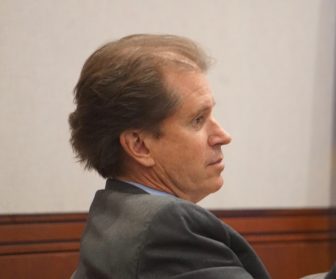 State government is staring at huge deficit forecasts for the next two fiscal years.

Much of that shortfall is driven by eroding state income tax receipts, which finished $400 million below anticipated levels in April and are expected to close the fiscal year below last year’s level. That’s the first year-over-year decline since the last recession began in 2009.

Malloy told Davis that he — and not the legislature — stands ready now to make the deep spending cuts needed to avert a major tax hike in the coming biennium.

But in the meantime, the governor added, “the reality is schools need to be built, highways need to be repaired.”

Other projects the governor cited included affordable housing initiatives in Bridgeport and Meriden, clean drinking water programs and renovations to the American School for the Deaf campus.

Davis fired back that Republican lawmakers also are ready to make deep spending cuts, and that some of the proposed projects were questionable, including funding for The Mystic Aquarium, a new YMCA roof in Stamford, and $12,000 for upgrades — including new clocks — at Howell Cheney Vocational Technical School in Manchester.

“We need to be replacing clocks with the state’s credit card?” Davis said. “Right now we can’t afford to do this. We’re sending the wrong message to the (Wall Street credit) rating agencies.”

“Quite frankly they’re wondering why the legislature does not deal with the reality of the budget issues that are before it?” the Democratic governor added. “I’m prepared to pass a budget on Monday or Tuesday or Wednesday.

Malloy to Frantz: We can’t hear you

Malloy also pushed back when Frantz declined to verbalize a vote against any of the bonding he was criticizing.

The commission casts ballots by voice vote, and Frantz said he didn’t want to disrupt the meeting by repeatedly saying “no,” but that commission clerk Steve Kitowicz “knows I vote ‘no’ on everything today.”

Kitowicz, sitting off to the side, shook his head in disagreement.

Malloy noted that many of his Republican critics don’t want to go on record as opposing borrowing. Republican Reps. William Petit of Plainville and Noreen Kokoruda of Madison both attended the meeting to thank Malloy and other Bond Commission members for approving funds for projects in their districts.

“We’ve had this discussion; you can only vote ‘no’ by voting ‘no,’” Malloy told Frantz. Kitowicz then confirmed that a negative vote must be cast aloud to be recorded.

Frantz did not cast any “no” votes throughout the meeting.

“It’s one of the weirder experiences I’ve had with members of the legislature,” Malloy said afterward, adding he rejects “the idea the clerk was telepathically receiving a message of how he (Frantz) was voting.”

All items on the Bond Commission agenda were adopted Friday. Among the projects receiving approval were: 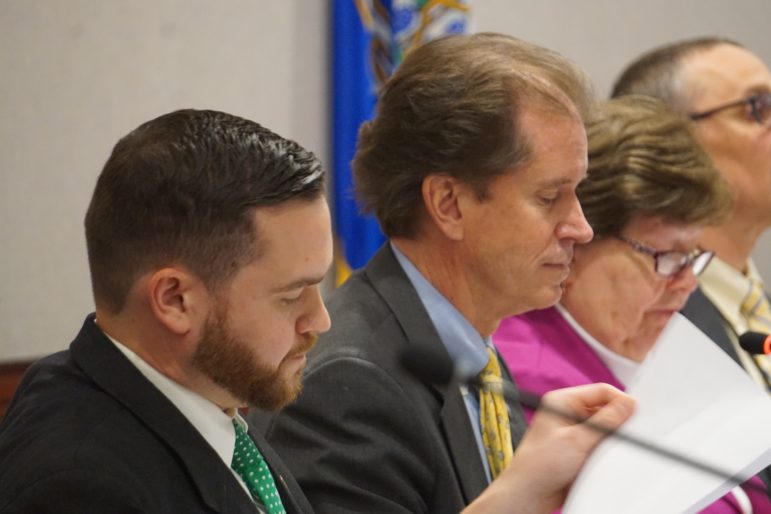 From left, Rep. Chris Davis and Sen. Scott Frantz dissented, but only one verbalized it.