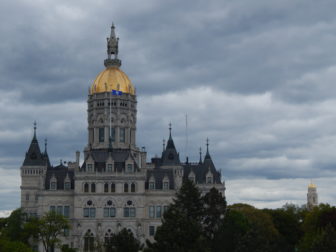 The tentative concessions deal Gov. Dannel P. Malloy and employee unions were closing in on Monday would double pension contributions for most workers, create a hybrid pension/defined-contribution plan for future workers, and curtail health care benefits for existing retirees.

As more details of the potential deal became available Monday afternoon, it was disclosed that the potential deal would save $712.6 million next fiscal year and $849.4 million in 2018-19 — effectively matching the $1.57 billion, two-year savings target Malloy set in February.

The proposed plan, according to a source, would freeze wages for each of the next two fiscal years. Employees, most of whom are working this fiscal year under a contracts that expired last June, also would forfeit any retroactive pay hike.

The cumulative three-year wage freeze, would provide nearly half of the total projected savings. Workers would receive pay hikes of 3.5 percent in 2020 and in 2021.

In return for these concessions, the state would extend its worker benefits contract — which otherwise would expire in 2022 — until 2027.

The potential deal also addresses one of the most criticized portions of the state’s worker benefits package: workers’ pension contributions.

Currently, about three-quarters of the work force contributes 2 percent of pay annually toward their pensions, while the remainder contributes nothing.

The potential deal would add 1.5 percentage points to the contribution rate in July, and another half point in July 2019.

It also would create a new hybrid plan for new workers to take effect immediately if ratified. Though full details were not available, it would include elements of a pension and a 401(k)-style, defined benefit plan.

The tentative deal could produce another surge in worker retirements in the coming years as it seeks to defer cost-of-living adjustments to workers’ pensions.

Most retirees currently receive an adjustment within nine to 15 months after retirement.

Also, adjustments for workers who retire after that mid-2022 date would be capped in most instances at 2 percent.

The tentative deal also proposes major changes in retirement health care that would affect both existing workers and current retirees.

All retirees would be moved to a Medicare Advantage Plan.

And workers who retire after June 30, 2022, would share costs on the supplemental portion of Medicare Part B expenses. Currently, the state covers the full cost.

House Minority Leader Themis Klarides, R-Derby, said shortly after more details became available that the potential deal does not save the state enough to warrant the five-year extension of the benefits deal.

“Committing taxpayers, future governors and the next five legislatures to paying for fringe benefits that are unseen anywhere else but in state government —  and a pension system that is collapsing around us as we speak — is unfathomable, ’’ Klarides said. “After months of negotiations, this proposed deal falls short of where we need to be.’’

Though sources say a deal is close, talks are continuing.

“We do not yet have a deal,” Malloy spokeswoman Kelly Donnelly said Monday. She did not offer further comments not on the talks.

Other changes for employees in the tentative deal include:

Savings From Preliminary Deal for Concessions
The chart is based on a draft analysis provided by a source.