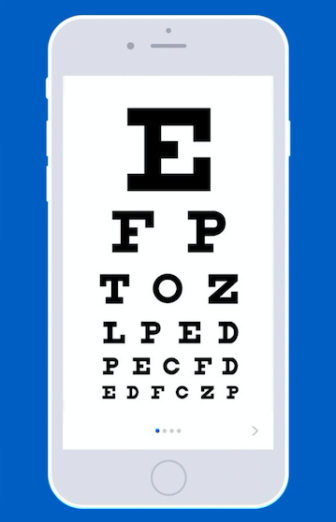 A smartphone app that inexpensively checks eyes and renews prescriptions for contact lenses is cutting-edge, catnip for investors looking for the next big thing. But the political calculus of a bricks-and-mortar institution, the local optometrist, trying to ban the use of a disruptive web technology in Connecticut is decidedly old school.

Startups offering online renewals are few and national, while the optometrists opposing them are numerous and local. Add those two things, you get a recent vote of 142-0 in the House of Representatives for a bill with a stated purpose of safeguarding consumers from “dubious technology” and an unstated one of protecting local optometrists.

The measure would ban the use of “a remote refractive device as the sole basis for issuing an initial prescription” or renewal, requiring lens users to keep seeing their optometrists annually and closing the state to companies like Opternative and Simple Contacts. The latter advertises prescription renewals for $10 without an office visit.

Now, the fight has shifted to the Senate, where advice about eye care suddenly is abundant and convenient. If you are a senator, the doctor will see you now, if he or she hasn’t already called your office or sent an email urging passage of House Bill 6012 before the 2017 session adjourns on June 7.

Dr. Saya Nagori, an ophthalmologist who is a co-founder and medical director of Simple Contacts, stood with the company’s local lobbyists outside the Senate chamber on Thursday, waiting to explain why they shouldn’t ban an eye test that can be taken over a computer or smartphone to renew a prescription.

“It basically forces patients to see an eye doctor every year. It’s totally unfair to anyone who can’t afford an exam, especially if they are healthy,” Nagori said. Prescriptions for contact lenses are good for only a year. Unlike eyeglasses, which can be worn for years, contacts are a consumable.

The app directs customers to read a chart on their phone from a distance of 10 fee while wearing their contacts, followed by what the company calls an exam — and Dr. Brian T. Lynch, the legislative chairman of the Connecticut Association of Optometrists, derides as “a selfie” — in which the phone’s camera is positioned so signs of an infection or damage is recorded for review by an ophthalmologist.

Simple Contacts, which recently raised $8 million in a second round of investor funding after $2 million last fall, says the online test isn’t for everyone. The company only does renewals for patients who have had an office exam in the past five years, do not have risk factors such as diabetes, and whose vision tests as stable.

“The new technology that’s done by computer, it’s only for healthy patients,” said Nagori, one of the ophthalmologists who reviews the test. “It’s really a win for patients.”

Earlier in the week, optometrists occupied the same space with their lobbyists, warning of medical risks from ill-fitting contacts. They enjoyed a home-field advantage as both trusted medical professionals, often with a personal relationship with lawmakers, as well as small-business owners who employ people and pay taxes in Connecticut.

“My own optometrist called my office to urge me to support the bill,” said Sen. John A. Kissel, R-Enfield. “It’s actually really good lobbying.”

His wife’s called, too.

Sen. Mae Flexer, a corrective lens-wearing Democrat from the Danielson section of Killingly, has heard from her doctor. She stressed she has not yet evaluated the bill or made any decisions, but she acknowledged that a call or email from a hometown optometrist gets attention.

“My own optometrist says something, it matters to me, because he chooses to have a practice in Danielson, Conn.,” she said. “He chooses to care for patients that have Medicaid and have other forms of insurance for people who struggle to get by. You’ve got to take his input seriously to make sure that kind of medical care is still available to my constituents.” 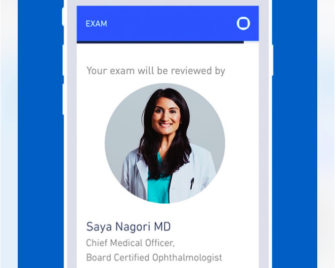 Dr. Saya Nagori, seen on her app, was lobbying in Hartford.

The startups say the bill dresses up old-fashioned protectionism with questions about new technology and concerns about efficacy and safety. It is a debate cropping up around the country, part of a fight over getting the business of 30 million contact lens wearers in the U.S.

While still governor of South Carolina a year ago, Nikki Haley vetoed a bill that banned remote eye exams, warning that “South Carolina would become the eighth state to impose such a ban, putting us on the leading edge of protectionism, not innovation.”

But two days later, state legislators overrode her veto. Opternative, a company based in Chicago, responded with a lawsuit.

The Connecticut fight has faint echoes of Uber’s clash with the taxi industry. Like Uber, Opternative and Simple Contacts entered a market whose regulatory structure did not fully address the new technology, and now the state is trying to catch up. The industry says their services can exist within present rules for telemedicine. Optometrists disagree.

Lynch, a shoreline optometrist who frequently is the voice of his profession in Hartford, said the online vision companies — he calls them “contact-lens vending companies” — are operating outside state and federal law as there is no such thing as an FDA-approved remote exam. The telemedicine envisioned in Connecticut law allows for live video consultations with a physician, not an automated test that is recorded and later reviewed by an ophthalmologist, he said.

In his public hearing testimony, Lynch described them as “internet entrepreneurs whose exclusive goal is to deceive patients for the purpose of selling contacts and glasses.”

A more measured view was offered by Dr. Steven Thornquist, an ophthalmologist representing the Connecticut Society of Eye Physicians. He described the new technology as a benefit to patients who have neither the time nor money for regular exams, but only with reasonable safeguards.

“Neither we nor the American Academy of Ophthalmology wish to interfere with the development of new technology that may benefit some patients, but enforcing safeguards and maintaining a watchful posture is essential. Although no safeguard is perfect, we believe that fact-based exclusion criteria be applied to remote refractive services to ensure that they are not used inappropriately by individuals who have serious ocular or medical conditions,” he said. “We must carefully thread the needle of accessibility and safety, and all providers who wish to participate in this new technology must be aware of the requirements.”

The safeguard acceptable to the ophthalmologists is a ban on using the apps for contacts, but not glasses. Lynch said he would prefer a ban on both, saying optometrist help patients precisely fit glasses, but acknowledges the risks are minimal for an improperly fit pair of glasses or prescription.

Part of the optometrists lobbying package a fact sheet produced by the Centers for Disease Control and Prevention, which warns that serious infections that can lead to blindness affect up to one of of every 500 lens users annually and keratitis, an infection of the cornea linked to improper lens use, leads to one million doctor and hospital visits annually at a cost of $175 million to the healthcare system.

“These out-of-state big box retailers — that’s essentially what they are — aren’t providing patient care,” said Dr. Erin McCleary, the president of the Connecticut Association of Optometrists. “It’s just a conduit for them to sell their product.”

Nagori says she is selling convenience and, for some patients, care they could not otherwise afford. Her company now does business in 40 states. For the time being, Connecticut is one of them.