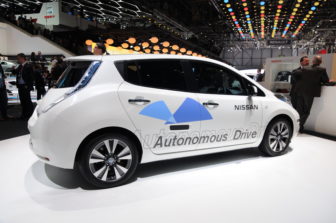 The House of Representatives Monday approved and sent to the governor’s desk a bill to authorize the testing of autonomous vehicles in Connecticut. The vote was 130-18.

The bill, which passed the Senate unanimously last month, imposes strict standards on the testing. Among other things, it requires autonomous vehicle testers to obtain consent from any town where they would like to conduct a test.

It would allow testing in up to four towns as part of a pilot program.

Gov. Dannel P. Malloy said the legislation would put Connecticut “at the forefront of this innovative, burgeoning industry.”

“Autonomous vehicles are already being tested in several states throughout the country, and we cannot allow our state to be outpaced as this technology grows,” Malloy said.