Fasano, one of the most vocal critics of the proposed concessions, said he has requested the agreements multiple times since July 6 and implied the administration was hiding changes that would cost state government money.

“Not releasing these contracts makes me question — and should make every legislator question — what is in them that the administration does not want us to see,” Fasano said. “From the few contracts that are already public, we see many increased costs.”

For example, Fasano has raised questions about proposed benefits changes, specifically those involving worker disability assistance and what shares of those payments would come from federal versus state sources.

“To withhold these documents from any member of the legislature is an affront to transparency,” he added.

A spokesman for the governor’s budget office, Chris McClure, said the administration already has committed to a meeting with Fasano to review these agreements on Tuesday — the first day after union voting has concluded.

“The administration has been extremely transparent throughout this process,” McClure said. “We’ve released detailed actuarial analyses, answered all questions presented to us, and proactively volunteered to sit down with legislative leaders to answer questions. In fact, we’ve done just that with Senator Fasano himself more than once already, and have another meeting scheduled with him tomorrow.”

Malloy and Fasano have not seen eye-to-eye on concessions since Malloy and union negotiators unveiled a tentative framework on May 23.

The administration estimates Connecticut could save as much as $1.57 billion over this fiscal year and next combined — and $24 billion over the next two decades. Proposed concessions include:

The state would grant four years of layoff protection to bargaining units that ratify the wage freeze and furlough days. 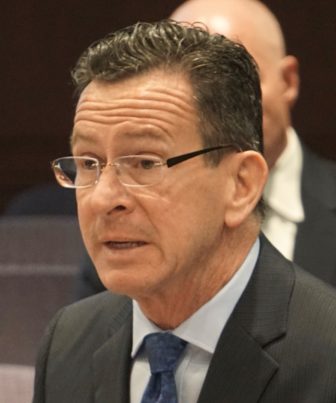 And it would extend the benefits contract, which covers all workers, for five years, pushing its expiration date to 2027.

Fasano has said he believes the state can achieve these savings and more without offering layoff protection or extending the benefits agreement.

The Senate GOP leader said that by legislating changes to arbitration, other collective bargaining rules and benefits offered to workers in future years, the state could save as much as $1.92 billion over this fiscal year and next combined.

The governor has said he doesn’t believe all of the savings Fasano has proposed could be imposed unilaterally, and union leaders have said Fasano’s plan would result in a court battle.

“Senator Fasano has been a vociferous advocate for ‘structural change’ to our state budget,” McClure added. “We hope he will find his way to supporting an agreement that saves our state $24 billion over the next 20 years and puts us on a sustainable and predictable path moving forward. These are the kinds of structural changes Connecticut needs.”