Malloy defends his track record on aiding cities and towns 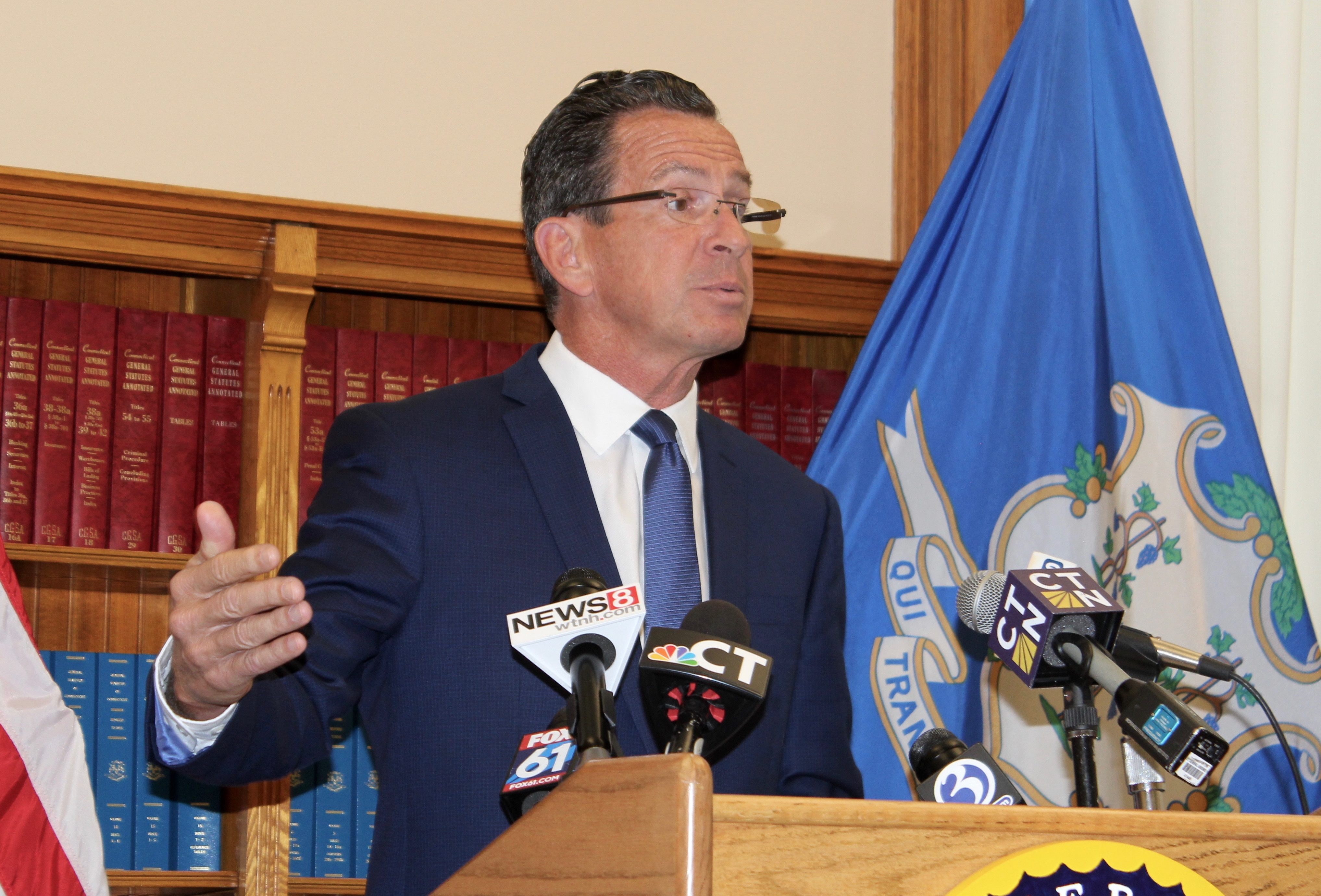 Gov. Dannel P. Malloy tried to defend his efforts to shift more costs onto cities and towns Thursday, releasing a report asserting that municipal aid has grown 21 percent over the last five years.

The administration also said it would release a follow-up analysis soon on the financial health of Connecticut’s 169 cities and towns, including information on mill rates, budget reserves, bond ratings and the value of taxable property.

“As a former mayor, former member of local boards of finance and education, and as a father who raised three children here, I know just how important state funding is for every city and town in Connecticut,” said Malloy, who was mayor of Stamford from 1995 through 2009. “That’s why my administration has been highly protective of municipal aid over the past six years, as this report makes clear.”

Keeping a promise he made during the 2010 gubernatorial campaign, Malloy refused to cut municipal aid — as his counterparts in New York and New Jersey did — during his first year in office in 2011 as the region climbed out of the Great Recession. 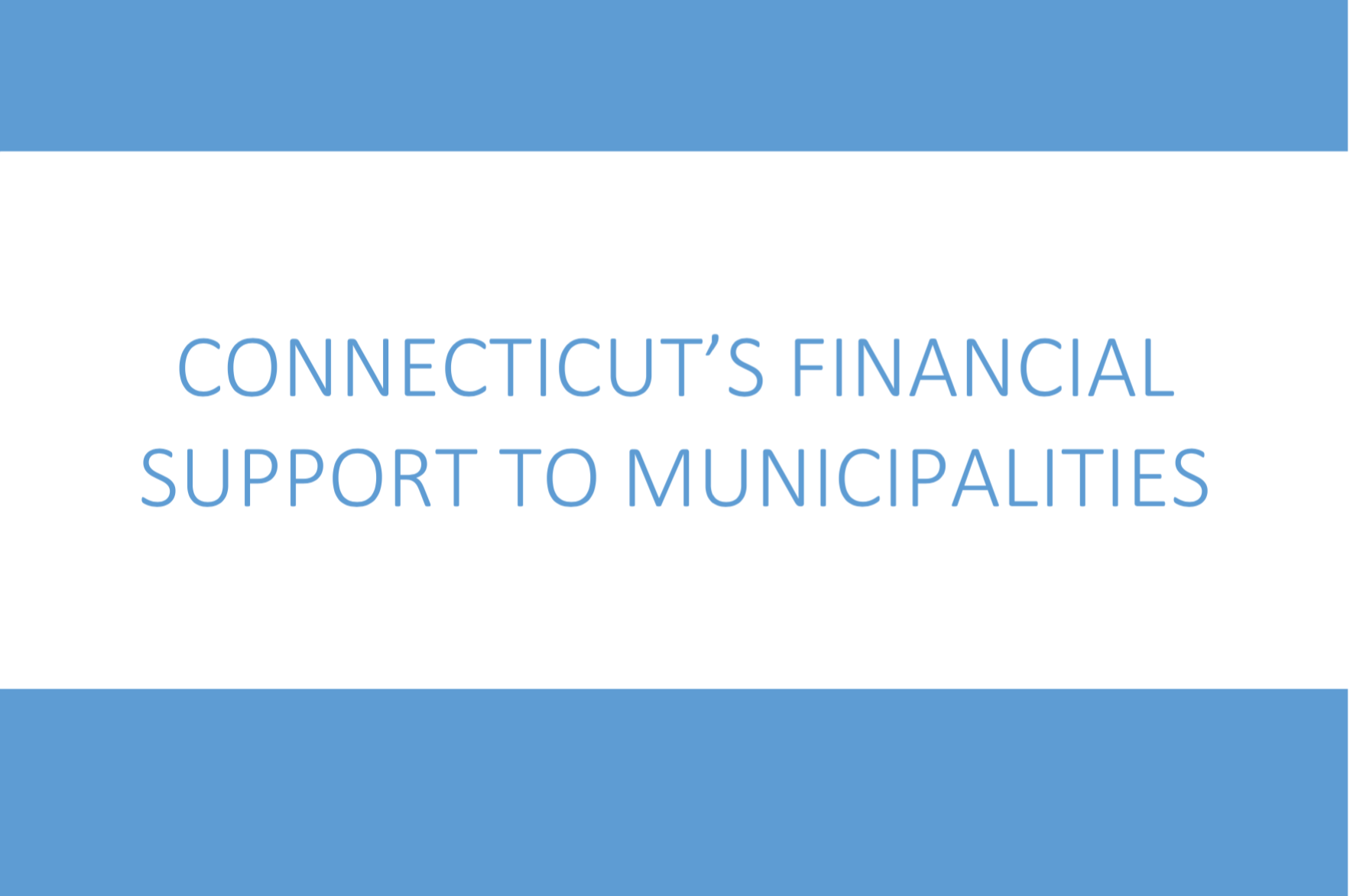 Malloy’s predecessor, Gov. M. Jodi Rell, and the 2009-10 General Assembly, had propped up local education grants with $270 million in emergency federal stimulus money that disappeared after they left office.

Analysts projected state finances, unless adjusted, would run as much as $3.67 billion in deficit, or 18 percent, during Malloy’s first year in office.

Over the four years of Malloy’s first term, he and the legislature poured an extra $1.42 billion in state funds into statutory municipal grants alone – not counting aid that was borrowed, or court mandated as part of school desegregation efforts.

“It has always been my priority to shield education funding from the difficult choices we have had to make,” the governor said Thursday.

Malloy instead choose to close that shortfall with a more than $1.8 billion tax hike centered on higher income tax rates, a major union concessions plan, and other cutbacks in state spending outside of local aid.

He and legislators also raised the top marginal rate on the income tax in 2015 to close a lesser deficit at the start of Malloy’s second term in office.

But after analysts projected potential deficits ranging from 12 to 14 percent in each year of the next two-year state budget, the Democratic governor said Connecticut had to change strategies.

Those shortfalls, driven by largely by declining income tax receipts and surging retirement benefit costs created by decades of under-funding, could not be resolved with another income tax hike, the Democratic governor said.

“Unfortunately, holding towns harmless and even increasing aid while we make excruciating cuts across [other programs in] state government is not sustainable in the long-term,” the governor said.

“At the same time we are forced to make nearly impossible decisions and we must now prioritize safeguarding funding to the greatest extent possible in communities with concentrated pockets of poverty and the highest student needs,” he said.

Besides realigning local aid, Malloy also wants cities and towns to pay $400 million in total annually to the state to help cover a portion of skyrocketing, mandated contributions to the teachers’ pension program.

The annual payment, according to one study prepared for the administration, could grow from nearly $1.3 billion this year to more than $6.2 billion in the early 2030s.

That cost surge is largely due to the state’s failure to properly save for the pensions it promised between 1939 and 2008.

The state has always funded the program, they say, and it was faulty state policies that forced costs to skyrocket.

Elizabeth Gara, executive director of the Connecticut Council of Small Towns, said “COST is concerned that this report is setting the stage to penalize towns that have done everything right  — maintained healthy fund balances, controlled property tax levels and grown their grand lists.”

Gara added that “the report also lumps in teachers’ pension fund costs as a category of municipal aid, which is misleading. The Teachers Retirement system, which is state-run and state-managed, has been chronically underfunded for more than 70 years. … Now the state wants to pass those costs into the backs of already overburdened property taxpayers.”

“This report puts a significant spin on the critical issue of state aid to towns,” said Joe DeLong, executive director of the Connecticut Conference of Municipalities.

DeLong noted there are more than 1,300 state mandates “that dictate nearly 50 percent of municipal spending” and “the state sets its own education formula to fund the state’s responsibility of public education and then underfunds its own formula by $600 million every year.”

DeLong added that “towns and cities have repeatedly put forth solutions to help the state without destroying our local communities. It is past time that our governor and General Assembly leaders stop this nonsense and pass a budget that will protect property taxpayers and our local communities while getting their self imposed fiscal mess in order.”

“It remains a priority to protect our municipalities, which is why our most recent budget proposal significantly reduces the impact of the governor’s recommended cuts in education aid to cities and towns,” said House Speaker Joe Aresimowicz, D-Berlin. “I look forward to working with the governor and my colleagues on both sides of the aisle to come to a final budget agreement that provides stability for our cities and towns.”