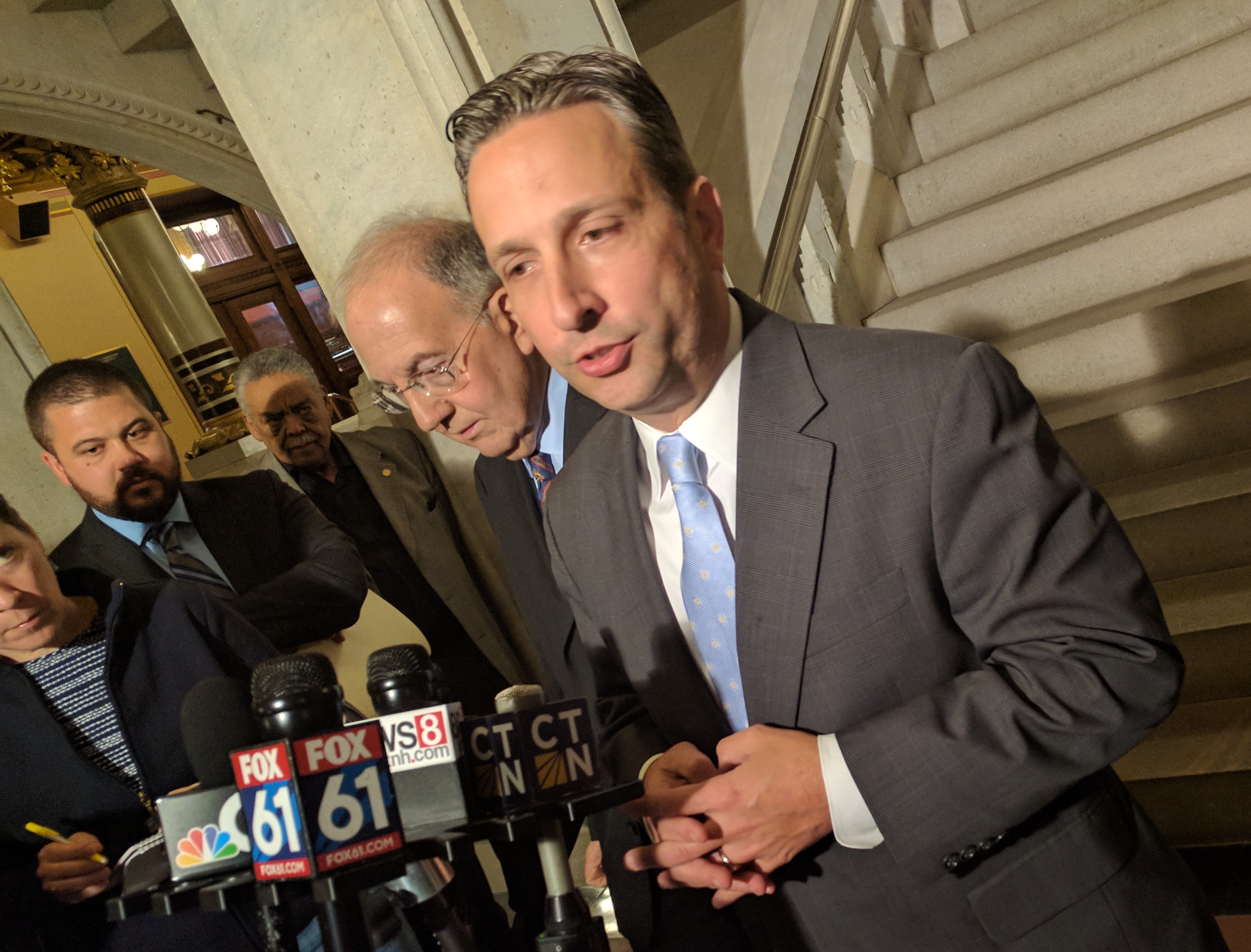 Senate Democratic leaders hinted Monday that plans to eliminate property taxes on motor vehicles next year as part of a new state budget would be scaled back or scrapped altogether — just two business days after legislative leaders announced the initiative.

And while lawmakers from both parties declared nearly one week ago they had agreed on a “balanced” budget framework for this fiscal year and next, Senate President Pro Tem Martin M. Looney, D-New Haven, said Monday that all of the numbers still don’t add up.

“I still remain very much in favor of repealing the car tax,” Senate Majority Leader Bob Duff, D-Norwalk, said. “It’s something that I think is a nuisance tax, and something working families across Connecticut would like to see go away. But again we’re dealing with negotiations with three other caucuses and we have to work on an agreement that would bring votes.”

Looney, who also met with reporters after briefing Senate Democrats on the tentative budget deal during a three-hour caucus, said the plan to eliminate the property tax starting July 2018 now faces “an adjustment.”

Lawmakers have agreed to raise the statewide cap on motor vehicle taxes for the current fiscal year from 37 to 39 mills. “There is some adjustment in the second year” of the tentative budget, Looney said, referring to the 2018-19 fiscal year. “That’s still being finalized.”

When pressed for details, Looney added, “That’s all we can say about it at this point.”

Two sources close to the budget talks said the deal would not include any repeal of the motor vehicle tax as planned.

Shortly after legislative leaders first disclosed plans Thursday to eliminate the motor vehicle tax — but not to replace the $700 million to $800 million it provides annually to cities and towns — municipal advocates quickly criticized the plan.

The Connecticut Conference of Municipalities and the state’s Council of Small Towns both said simply eliminating the motor vehicle tax would only shift burdens onto a residential and commercial property tax base that already is overtaxed.

CCM Executive Director Joe DeLong said his coalition would be ready to help research other options, including replacing local car taxes with a uniform statewide rate, and exploring new revenue-raising options for cities and towns besides the property tax.

Motor vehicle taxes represent roughly 7 to 10 percent of all taxable property in most municipalities, according to CCM.

The motor vehicle tax is one of several issues legislative leaders continue to discuss, Looney and Duff said, but they added leaders remain optimistic they can vote on a new state budget later this week.

Looney: Numbers aren’t all balanced yet

But he quickly added that, “There are, of course, additional details to follow. We didn’t have any paperwork to hand out” in the caucus.

Gov. Dannel P. Malloy, whose administration has been excluded from bipartisan talks over the past three weeks, has criticizefd legislative leaders for declaring a “balanced” deal without releasing the details that demonstrate spending and revenue are equal across this fiscal year and next.

The governor rebuffed requests from his fellow Democrats in legislative leadership to discuss the tentative agreement with him, saying he would wait to be briefed when there were budget documents for his staff to analyze.

Looney said legislative leaders would continue to work on that Monday evening, but also said the pluses and minuses don’t add up yet.

“We did tell them we have a few remaining issues to resolve,” the Senate president pro tem said, adding that Monday evening’s negotiations are “primarily bringing us into balance for fiscal (year) 2019. We’re very close on 2018. There are a few outstanding issues for 2019.”

Senate Republican leader Len Fasano of North Haven, who briefed rank-and-file GOP senators in a separate caucus Monday, said “it was very informative” but declined to characterize how his colleagues felt about the tentative deal.

Fasano said he has kept his caucus well informed but declined to speculate on how a budget vote might go.

“It’s too early for us to say, and I didn’t ask for a show of hands” in caucus, Fasano said.

One of those outstanding issues remains a proposal to divert tens of millions of dollars in each of the next two fiscal years from energy conservation programs supported by surcharges on monthly utility bills.

Nearly three dozen backers of green energy programs warned that cuts to their industry would be counterproductive at best and economically disastrous at worst.

“I just want to underscore the Connecticut Green Bank and the other programs supported by these funds are an example, not just for the rest of the country, but for the world,” Lesser said. “The programs supported by these funds lower electric bills. They are directly tied to our ability to remain economically competitive, particularly as we work to strengthen our energy-intensive manufacturing sector.”

But Lesser hedged when asked if he would vote against a budget that still cut those programs.

“You have to look at the budget. A budget is a very large document,” Lesser said. “I’ll look at it in context, and we’ll see.”

Looney and Duff both said the planned diversions probably would remain in the new budget proposal, but added that the amounts still might be adjusted.

“My caucus is still comfortable where we were with that,” Fasano said of the energy sweeps.