And, lo, on the 118th day, the assemblage brought forth (on a veto-proof vote) a state budget, and a great sigh of relief spread across the land, and it was good.

Well, good for some people, anyway, but not everyone; and not necessarily for Gov. Dannel Malloy, (who was kept in the dark and still could veto the measure).

The 126-23 vote in the state House of Representatives came a day after the Senate approved the $41.3 billion package 33-3 – also a veto-proof margin. 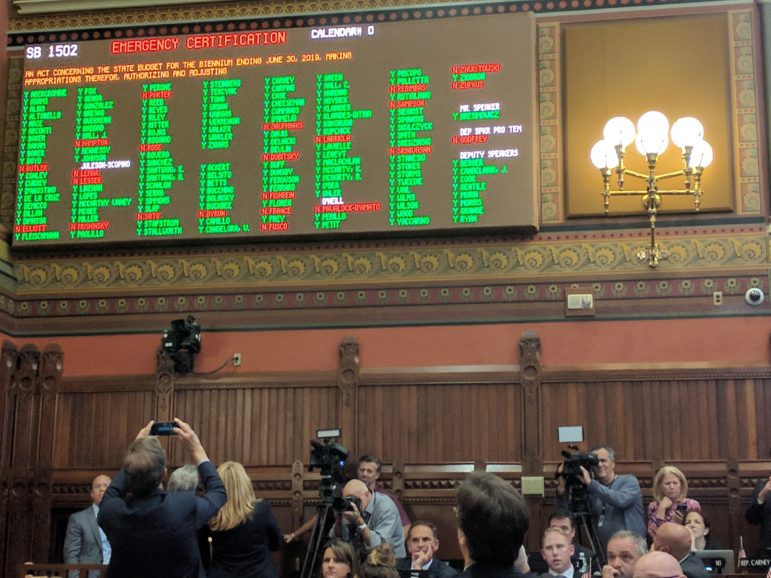 A legislator takes a picture of the tally board after the House vote on the budget.

To be sure, there will be plenty for Connecticut residents to complain about as the result of the measure since it reduces state payments for municipalities and education and raises taxes and fees worth just over $1 billion over two years. The credit ratings of the state’s municipalities may still be at risk.

For  sure, the operators of CT-N, the non-profit television service that brings state government into the homes of thousands, will be in a world of hurt following a 50 percent budget cut.

There were, of course, some winners, including the homeowners in eastern Connecticut who have been desperate for financial help to cure their crumbling foundations. Legislators authorized borrowing funds to assist them, and to upgrade the XL Center in Hartford and to complement a new taxing arrangement with the state’s hospital industry.

For better or for worse, the budget agreement also brings change to juvenile justice in Connecticut, relieving the Department of Children and Families of the responsibility for running the Connecticut Juvenile Training School and assigning it to the state court system. 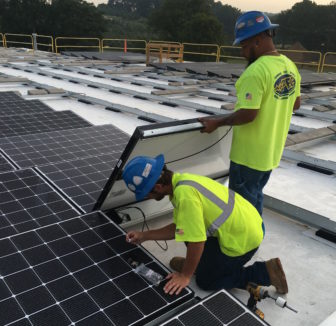 Operation of the state’s Green Bank – an international model for funding clean energy projects – will be worse, critics say, because the budget strips it of funds it needs to leverage much larger amounts of private financing.

Along with the budget bill, the House on Thursday approved a controversial measure that would benefit the Millstone nuclear power plant.

Connecticut’s Congressional delegation, meanwhile, wants to know why the state hasn’t received about $2.6 million in 2017 federal policing grants, suggesting the delay may be the result of “Connecticut’s immigration laws and policies.”

U.S. Sen. Chris Murphy already knew the gun-control bill he re-introduced last week was going nowhere in a Republican-controlled Congress, but said it is part of a “long-haul” strategy to reduce gun violence.

How the all-Democrat delegation feels about the GOP tax-reduction proposal — including whether to sharply limit pre-tax savings in 401(k) plans — is of little consequence since Republicans have authorized a vote that won’t require any Democrats to pass.