Two national law firms representing the Mashantucket Pequot and Mohegan tribal nations pressed the federal government Tuesday with a letter insisting the Interior secretary has no choice but to approve their gaming agreements with Connecticut and clear the way for them to jointly develop a commercial casino in East Windsor.

The letter comes just days after a meeting at the Bureau of Indian Affairs within the Department of the Interior, where the tribes and the state’s congressional delegation failed to move the department off its puzzling stance of neither rejecting nor approving amendments to the tribes’ gaming compacts. 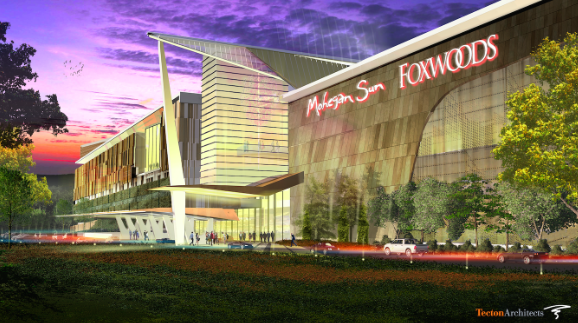 The Fight for Connecticut’s Gamblers

The refusal to give a clear answer was a victory for MGM Resorts International, which has fought for two years in Hartford and Washington, D.C., to block the East Windsor casino and protect the market for an MGM casino scheduled to open next year in nearby Springfield.

If MGM cannot stop the casino, it would like to delay its construction until after MGM Springfield opens. MGM also has begun a lobbying campaign for legislative approval to open its own casino resort in Bridgeport.

Connecticut conditioned its authorization of the tribes’ East Windsor casino on Department of the Interior confirmation that the state’s approval would not invalidate agreements that grant the tribes exclusive gaming rights in return for a 25 percent share of slots revenue at their tribal casinos, Foxwoods and Mohegan Sun.

The Department of the Interior’s non-answer in a letter sent Sept. 15 effectively blocks the East Windsor project, unless the department relents or the General Assembly revises the law conditionally authorizing its construction.

The letter from Michael S. Black, a career BIA employee who is now the acting assistant secretary for Indian affairs, represented a stunning reversal, coming six months after another career official, James Cason, assured the tribes in writing that approval of amendments to the compact was virtually certain.

In their response Tuesday, lawyers for the tribes say that Secretary Ryan Zinke had only two options under the Indian Gaming Regulatory Act.

“IGRA allows the Secretary only two options once a compact has been submitted for review — he must either affirmatively approve, or affirmatively disapprove, within 45 days of receipt,” they wrote. “IGRA further requires that if the Secretary neither approves nor disapproves a compact, it is deemed approved to the extent it is consistent with IGRA 45 days after its submission to the Secretary.”

The 45 days have passed without a disapproval, so it should be deemed approved, say the tribes’ lawyers. But there is a catch: Under federal law, nothing is official until published in the Federal Register.

So far, Zinke has refused to do that.

“We urge the Secretary to perform his ministerial statutory and regulatory duty to publish notice of approval in the Federal Register,” the lawyers wrote.

A spokeswoman for the department said Tuesday the secretary does not believe his approval is necessary, but she offered no rationale why. She declined comment on the lawyers’ letter.

The tribes’ letter was written by George T. Skibine of Dentons, a global law firm, and Rob Gips and Kaighn Smith Jr. of Drummond Woodsum, a New England firm whose specialties include Indian legal issues. If the department fails to act, the tribes’ next option probably would be litigation.

Gov. Dannel P. Malloy said Tuesday that burden would rest with the tribes, not the state.