CT-N is off line! Not exactly, just a little harder to find 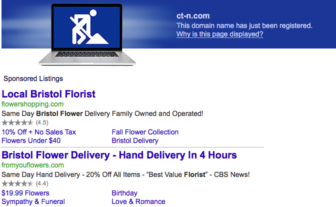 Some visitors to CT-N. com were greeted by this page.

Some visitors to the web site of CT-N, the state-owned public-affairs network whose non-profit vendor ceased operations Friday, were greeted Wednesday with an error message or default pages with links to pages promoting real estate and florists.

CT-N.com no longer functioned, but the site still was available at ctn.state.us.

James P. Tracy, the executive director of the Office of Legislative Management, said the legislature had done nothing to disable a connection to the site, where visitors usually can view streaming video or call up past programming from an online archive.

CT-N.com, a domain owned by the non-profit vendor, no longer redirected visitors to the state site, a sign it was unregistered. Paul Giguere, the president of the Connecticut Public Affairs Network (CPAN), the operator of CT-N since its inception in 1999, said his group did nothing to interrupt access to the web site.

CPAN laid off 22 employees Monday. Some are expected to be hired as temporary employees of the General Assembly.

The legislature has been evaluating the staffing necessary to resume live coverage, which ended at 5 p.m. Friday with the expiration of the state’s last contract extension with the network’s operator.

“We hope to have live coverage next week,” Tracy said.

CPAN could not come to terms with the legislature on funding and governance, balking at new language that gave legislators more control over programming and coverage decisions. 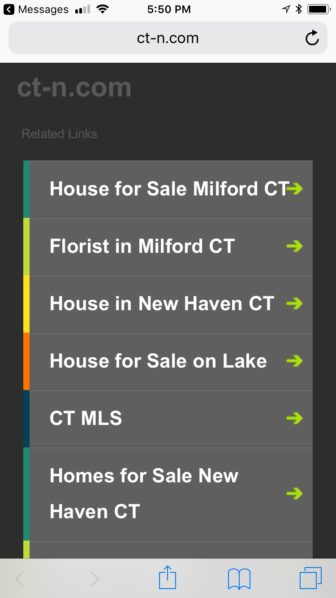 This was the view on iPhones.

“Legislative leadership is using the state’s fiscal situation to disguise their true intentions: censoring what state residents can see by eliminating virtually all coverage of the executive and judicial branches of government,” said Daniel J. Klau, president of Connecticut Council on Freedom of Information. “At the very time that citizens need to broaden their understanding of government, legislative leaders are moving in the opposite direction, clamping down on transparency and accountability.”

In the recently passed bipartisan budget, a dedicated revenue stream of $3.2 million from a gross receipts tax on cable systems was cut to $1.6 million, without discussion with CPAN as to what coverage could be provided after a 50 percent cut in funding.

CPAN had an operating budget of $2.8 million, with the remainder of the revenue going into a fund for maintenance and capital expenditures. It agreed to shed some programming and lower the budget to $2.4 million before the additional 50 percent funding cut.

At least for the short-term, the General Assembly will be the operator of a cable network that broadcasts gavel-to-gavel coverage of the House and Senate, public hearings, State Capitol press conferences and other events.

The Office of Legislative Management posted a hastily drafted help-wanted notice by the door to the network’s control room in the Legislative Office Building last week, but the legislature not yet hired of any of the laid-off CPAN employees, Tracy said.