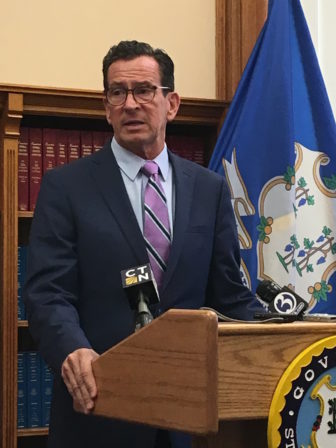 A second would help small businesses to reduce federal income tax liability through a change in how they pay taxes to the state — at no cost to Connecticut.

The governor acknowledged that federal tax officials might challenge such moves as an end-run around the new U.S. income tax system. But Malloy said it’s still worth doing.

“It would be unreasonable for us, as a state, not to propose ways to assist our taxpayers,” Malloy told Capitol reporters as he unveiled details of his state budget proposal for the 2018-19 fiscal year.

At issue are new federal income tax laws capping deductions for state and local taxes at $10,000 —  a change that primarily falls on a dozen states that voted against President Trump in 2016.

Two weeks ago Malloy announced Connecticut would join New York, New Jersey, and possibly other states in suing the federal government, challenging the constitutionality of this new system.

But in the meantime, Malloy says, Connecticut should join other states in looking for ways to work around these changes.

One option hinges on the fact that, while deductions of state and local tax payments are capped, contributions to charities are not, provided the amount doesn’t exceed 60 percent of adjusted gross income.

The governor would allow cities and towns to allow local taxpayers to set up charitable organizations to support local government services, and provide local tax credits to contributors. 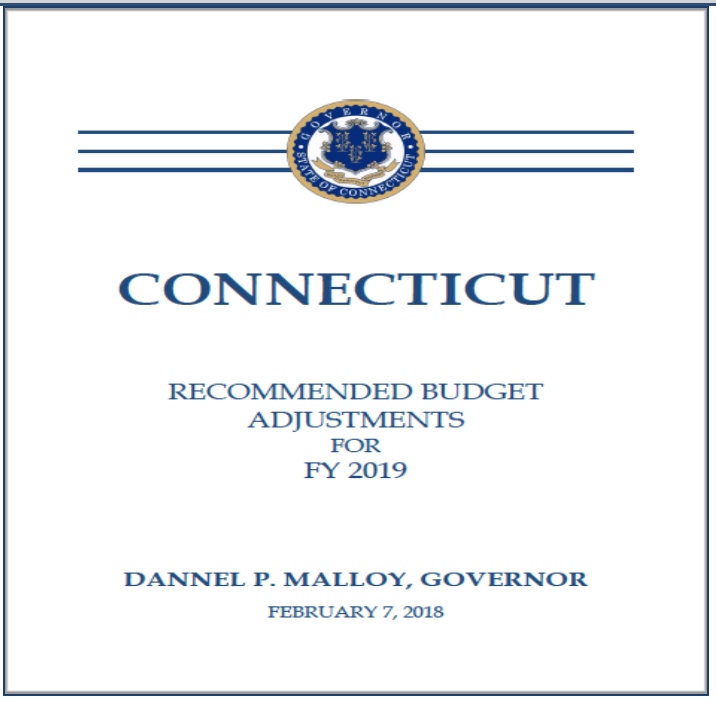 For example, a household owing $7,000 in state income taxes and $6,000 in local property taxes could — in lieu of paying the local tax — make a $6,000 contribution to the local municipality’s charitable organization.

And while their federal deduction for state and local taxes paid could not exceed $10,000 under either scenario, by making the charitable contribution, the rationale is, some or all of that $6,000 payment also could be deducted from federal taxes.

The second proposal is aimed at certain small businesses — such as limited liability corporations — whose principals report their business’s income and their personal earnings collectively through their personal income tax returns.

The governor’s proposal instead would allow them to pay the same tax rate, but report their business’s earnings through a separate state tax — thereby reducing the personal income they would report on their federal return.

Joe DeLong, executive director of the Connecticut Conference of Municipalities said CCM also has been researching the prospect of municipalities creating charitable organizations.

DeLong said he doesn’t think “it should be a partisan issue, it’s a Connecticut issue.”

“New York and New Jersey are talking about it,” he added. “I think it’s good news for us that the governor is going to spearhead that conversation. If there’s a way to make this work, to put this tool in the toolbox of cities and towns, it can be a big benefit for residents.”

Betsy Gara, executive director of the Connecticut Council of Small Towns, said her group still is reviewing the governor’s proposal, but expressed concern it could run into a federal roadblock before long.

“What concerns me is that it’s unclear how the IRS would treat that change and if a number of states move in that direction, whether Congress may have to revise a proposal and prohibit towns from taking advantage of charitable foundations,” she said.

Several states reportedly are researching such local and state tax alternatives to ease their residents’ federal tax burdens. But Malloy did not discount the likelihood of resistance from the Trump administration.

“There’s nothing his administration could do that would surprise me at this point,” Malloy said Monday when asked about the potential for federal pushback on his plan.

But the governor said he believes these measures nonetheless are worthwhile, adding he remains hopeful the federal tax changes eventually will be struck down in federal court.

Restricting deductions of state and local taxes — which pay for core services such as education and public safety — not only would be a form of double taxation, but is akin to the federal government dictating how states should spend in these key areas, Malloy said on Jan. 26, when he joined New York Gov. Andrew Cuomo and N.J. Gov. Philip Murphy in announcing the legal challenge.

Advocates for the federal tax changes have argued that there are middle- and lower-income households that will benefit from these changes, even in states like Connecticut. Households that don’t own property, and probably don’t itemize deductions, are the chief example.

But Malloy has countered that everyone ultimately will be harmed, particularly in the blue states, as federal tax changes worsen the nation’s deficit, weaken property values and undermine the U.S. economy.