Early count has Ganim on path to qualify for primary 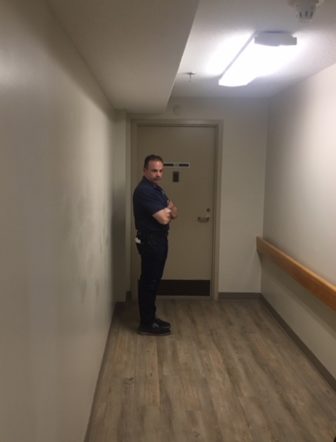 Bridgeport Mayor Joseph P. Ganim seemed assured Tuesday night of qualifying for a Democratic primary for governor, setting the stage for a summer campaign by the ex-con mayor against the convention-endorsed favorite, Greenwich businessman Ned Lamont.

The six-week period for collecting and filing petitions to qualify for the Democratic and Republican primaries on Aug. 14  closed at 4 p.m., but  the final word on who made the cut might not come until the end of the month, Secretary of the State Denise Merrill said.

An exception was likely to be Ganim, whose campaign has been filing signatures as it has been collecting them. As of 4 p.m., Ganim had 7,612 signatures already authenticated and tabulated — nearly half of what he needs.

To qualify, candidates must collect signatures from two percent of voters in their party. That is 15,458 signatures for a Democrat and 9,081 for a Republican.

Local registrars have until June 19 to authenticate the signatures collected from voters in their communities, then mail or deliver the petition sheets to the secretary of the state’s office in Hartford to be examined and tallied.

“It can literally take up to a week for the sheets to get to us,” Merrill said.

Candidates could begin collecting signatures on May 1, and they were free to submit them for validation as they were collected, something Ganim’s campaign did to a degree not shown by any other campaign.

On the way into a fundraiser in Hartford, Ganim said his campaign had turned in 32,000 signatures, which he called evidence of a “very substantial”  grass roots campaign from “a guy, kindly, who you might say, has something of a colorful past.”

Ganim was convicted in 2003 on 16 felony counts related to what federal prosecutors described as a systematic shakedown over five years of contractors seeking to do business with the city of Bridgeport during Ganim’s first tenure as mayor. He served seven years in prison, returning to Connecticut in 2010. He was elected mayor again in 2015.

“You might have questioned, you know, whether people would even sign my petition, so it’s very  encouraging today,” Ganim said.

Successful petition drives for access to a statewide primary ballot in Connecticut are rare: It’s been done once — by Republican Peter Schiff, a U.S. Senate candidate in 2010. He got on the ballot, only to finish third behind Linda McMahon and Rob Simmons.

But this year, three gubernatorial candidates made petition drives either their only focus, bypassing the state conventions that provide the more traditional path to a primary: winning 15 percent of the delegate vote.

All three are newbie candidates who had little chance of qualifying at the conventions: Republicans Bob Stefanowski and David Stemerman, who have hired extensive canvassing staffs, and Democrat Guy L. Smith.

Danbury Mayor Mark Boughton was endorsed by the GOP convention, where delegates also qualified Timothy Herbst and Steve Obsitnik for the primary. No one was qualified at the Democratic convention for a primary against Lamont.

Ganim competed at the Democratic convention, but he took out petitions and began collecting signatures as insurance on May 1. It was a good call as Ganim fell short of the 15 percent.

Shelton Mayor Mark Lauretti, a Republican candidate for governor, took out petitions on May 14 after falling short at the GOP convention. But Lauretti said Tuesday he has not collected sufficient signatures and would not seek to them tabulated.

Petitions must be circulated by registered voters, and each page must be signed by the circulator in the presence of a notary, justice of the peace, town clerk or lawyer. Then they are submitted to the registrars of the towns in which they were collected.

Petitioning for a place on the November ballot by an unaffiliated candidate is far easier. Petitioning can begin on Jan. 2, only 7,500 signature are required, and they are not due for authentication until August.

Under state law, it is up to registrars to check the petitions, ensuring the signatures are from registered voters in the appropriate party. The secretary of the state’s office’s major responsibility is to then count them, but Merrill says her office also will check to ensure they are properly filled out.

In past years, her office has found petition sheets submitted by a circulator who failed to sign them, an oversight that resulted in every signature on the unsigned pages being thrown out.

Once the deadline has passed, there is no way for the campaigns to rectify the oversight, she said.