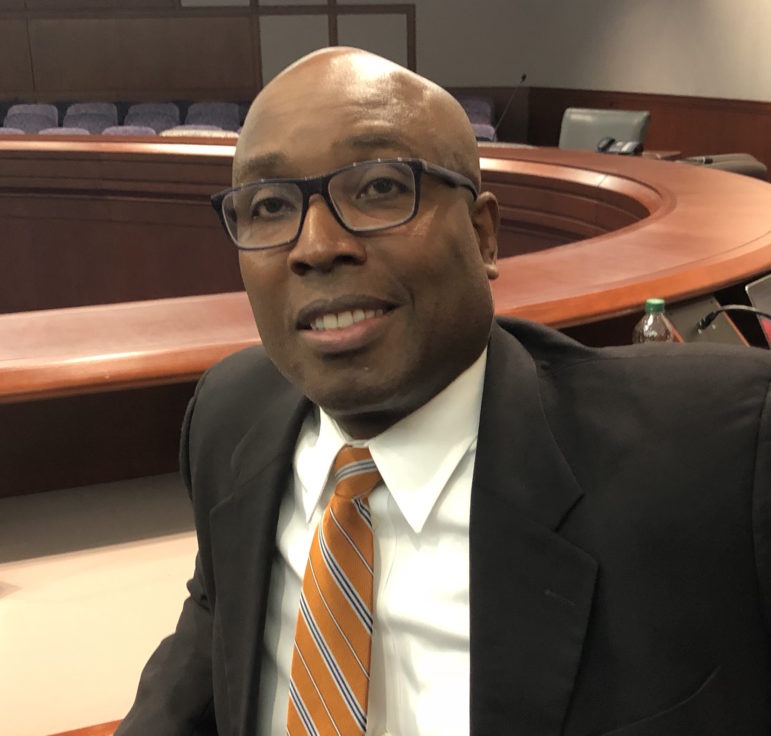 A long-time director at Access Health CT was named the new chief executive officer of the state’s health insurance exchange on Thursday.

The exchange’s board of directors voted to appoint James Michel as the permanent CEO at its meeting at the Legislative Office Building in Hartford.

“I’m just very happy and proud to be leading this organization that’s doing very important work for the residents of Connecticut,” said Michel after the meeting.

Michel replaces Jim Wadleigh, who stepped down from the post in April.

Michel has worked at Access Health CT since the early stages of the organization. He was first hired as operations manager in March 2013. He was then named director of operations in June 2014; director of finance in June 2017; and interim CEO this June.

Prior to working at Access Health CT, he was an audit director in Aetna’s finance department for more than eight years and, before that, spent nine years as chief financial officer for the Metropolitan District Commission in Hartford.

He has a master of business administration degree from the University of Hartford. He earned his bachelor of science degree in accounting at Brooklyn College, with additional graduate work in accounting and economics.

Michel is originally from Haiti and now lives in Bloomfield with his wife and three sons. He previously served for three terms on the Bloomfield Board of Education and is currently chairman of two boards of directors — Outreach to Haiti and Jumoke Academy. He is also a member of Suffield Academy’s board of trustees.

He is a veteran of the United States Army Reserves and was honorably discharged in December 2002 as an officer after 18 years of service.

The two insurers that will once again offer plans on the exchange are Anthem and ConnectiCare. The Connecticut Insurance Department recently announced its rate approvals for next year.

The upcoming open enrollment is the state’s sixth and is the shortest enrollment period to date.

Also on Jan. 1, Congress’ repeal of the individual mandate tax penalty, which was part of the GOP tax bill, takes effect. This means Connecticut residents will not face a federal tax penalty if they don’t have insurance in 2019.

During the last legislative session, two bills that would have established an individual mandate in Connecticut failed to make it out of committee.

Andrea Ravitz, Access Health CT’s director of marketing and sales, said the exchange held six focus groups this year, which included questions about the elimination of the tax penalty.

“I am happy to report that with these six groups the majority of them said the elimination of the tax penalty was not going to be something that they will take into account from a renewal or even signing-up perspective,” she said. “We can’t take that as a done deal because we know that is still going to be in people’s minds, especially when they could potentially see some increases in their monthly payments or premiums.”