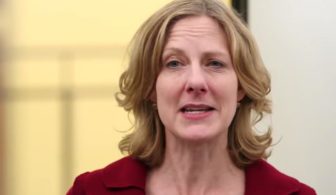 Washington – Yale Law School Dean Heather Gerken, who angered many students at the university with her complimentary remarks about Supreme Court candidate Brett Kavanaugh, on Friday called for an FBI investigation of allegations of sexual misconduct that have been leveled against the nominee.

“I join the American Bar Association in calling for an additional investigation into allegations made against Judge Kavanaugh,” Gerken said. “Proceeding with the confirmation process without further investigation is not in the best interest of the Court or our profession.”

The American Bar Association on Thursday wrote the Senate Judiciary Committee late Thursday saying “the basic principles that underscore the Senate’s constitutional duty of advice and consent on federal judicial nominees require nothing less than a careful examination of the accusations and facts by the FBI.”

Gerken’s decision to call for an  FBI investigation of accusations by Christine Blasey Ford and two other women, including Yale grad Deborah Ramirez, follows sit-ins on campus and a trip to Washington  D.C. by more than 100 Yale students protesting the nomination.

Many decried what they called Gerken’s “endorsement” of Kavanaugh in a release the law school issued after President Donald Trump selected Kavanaugh to fill the seat of retiring Justice Anthony Kennedy in July.

“I have known Brett Kavanaugh for many years,” Gerken said in the release. “I can personally attest that, in addition to his government and judicial service, Judge Kavanaugh has been a longtime friend to many of us in the Yale Law School community. Ever since I joined the faculty, I have admired him for serving as a teacher and mentor to our students and for hiring a diverse set of clerks, in all respects, during his time on the court.”

After an uproar about the release, the school said “while individual faculty members may make comments regarding a particular candidate, the Law School neither endorses nor opposes candidates for office.”

In a contentious hearing  on Thursday, Kavanaugh rebutted Ford’s claims that he sexually assaulted her at a high school party and boasted of his admission to Yale Law School.

He said he  “got there by busting my tail in college” and called Yale the “number-one law school in the country.”

If confirmed, Kavanaugh would be the fourth Yale Law School graduate sitting on the Supreme Court.