When Connecticut voters head to the polls Nov. 6 they will decide the fate of two proposed amendments to the state Constitution.

And, according to some, they also will set the stage for whether Connecticut will begin a long-overdue rebuild of its aging transportation network.

One of the proposed amendments, which has gotten a hefty share of headlines over the past three years, involves creating a legal “lockbox” to safeguard the gasoline tax and other related revenues from being spent on non-transportation purposes.

The second, which has been relegated to a much lower profile, would reform — but not end —the longstanding practice of conveying surplus state property to municipalities and other entities in the waning hours of the annual legislative session.

For years, the “lockbox” has been touted as the best defense against the tendencies of elected officials to redirect fuel tax revenues for non-transportation purposes.

The “lockbox” language effectively states that once a revenue source — such as Connecticut’s 25 cents-per-gallon retail gasoline tax — is dedicated to the budget’s Special Transportation Fund — it cannot be removed unless it is repealed entirely. 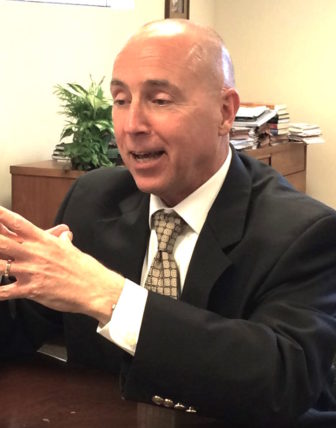 “This is an absolute priority if the state is going to move forward with any type of meaningful infrastructure rebuild,” said Don Shubert, president of the Connecticut Construction Industry Association and one of the founders of Move CT Forward — a coalition of construction businesses, trades and other transportation advocates.

“It’s not like the state is flush with money,” said former Lt. Gov. Michael Fedele, one of the leaders of Securing Connecticut’s Future, another coalition of business and labor groups backing the lockbox. “We’re looking at billion-dollar budget deficits and we don’t have a strategy to protect these transportation funds.”

And while some in political circles like to debate what does or does not constitute a “raid” of transportation funds, Shubert has no interest in parsing out rhetoric. “Transportation advocates have a long memory,” he said. “We know Connecticut is very good at not maximizing its ability to fund transportation.”

That was supposed to change in 2005 when then-Gov. M. Jodi Rell and the legislature launched an aggressive series of gasoline tax increases in 2005. They thought that modest consumer pain would be offset by a transformed transportation network.

They were wrong on both counts.

As gas prices skyrocketed, tax revenues grew by more than double what was expected. Those tax increases became a cash cow for the state.

After three summers’ worth of tax increases, the retail price of gasoline in Connecticut topped $4.30 per gallon by the spring of 2008. It would take the Great Recession to bring prices down dramatically.

But between 2005 and 2013, about $1.27 billion raised by the tax has been spent on non-transportation programs.

By the end of his first term in office, Gov. Dannel P. Malloy would wean the budget’s General Fund off fuel tax receipts.

Then, in early 2015, Malloy asked lawmakers to launch a 30-year, $100 billion rebuild of Connecticut’s transportation infrastructure, warning that decades of neglect had left the state’s highways, bridges and rail lines overcrowded and badly in need of repair while creating an economic drag.

That initiative bogged down, however, as neither the governor nor lawmakers from either party would propose tolls — or any other major revenue-raiser — to pay for this initiative beyond the first few years. 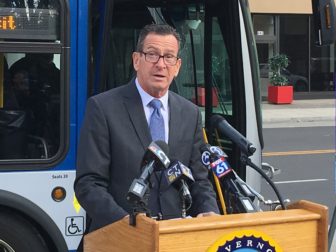 Malloy instead formed the Transportation Finance Panel, a panel of experts who identified billions of dollars in revenue-raising options centered chiefly on establishing electronic tolling on Connecticut highways.

But he declined to support any of the recommendations until lawmakers endorsed a “lockbox” amendment.

And while the transportation fund, on paper, is projected to run surpluses over the next three fiscal years, the administration says that’s based on the dangerous assumption that Connecticut will ignore dozens of necessary strategic projects, costing billions of dollars, in the coming years.

Malloy warned Wall Street credit rating agencies, Connecticut businesses, state legislators — and anyone else who would listen — last winter that absent more funding, these projects would fall into limbo.

GOP: Lockbox can be picked

Republican lawmakers have been unanimous in their opposition to tolls. The GOP has countered that Connecticut must better prioritize its transportation program, and borrowing in general, to free up more dollars for infrastructure improvements. The governor and some of his fellow Democrats in the legislature counter this would barely provide enough resources for basic maintenance.

Some in the GOP also argue that the lockbox is nothing more than the first step toward electronic tolling.

“Democrats seem intent not on dedicating transportation revenue for transportation projects that will allow us to eventually improve our infrastructure and decrease taxes and fees, but, instead, to gradually garner popular support for tolls,” Rep. Richard Smith, R-New Fairfield, wrote in an Oct. 19 op-ed published in CT Viewpoints, the CT Mirror’s opinion website. 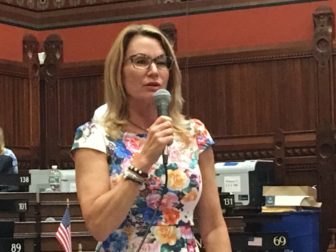 And House Minority Leader Themis Klarides, R-Derby, says the stakes are too high, and not just because transportation officials estimate tolls could collect $600 million to $800 million annually from motorists.

Klarides says the lockbox is flawed, and too easy for the legislature to crack open and raid.

What happens if lawmakers repeal an existing tax, such as the levy on wholesale fuel transactions, and replace it with a slightly modified version?

The current tax is calculated based on a percentage of the wholesale price. But the same $280 million that tax is projected to raise this fiscal year also could be generated using a formula based on pennies per gallon.

Could this be identified as a brand new tax, and some of the revenue assigned not to transportation, but to the General Fund?

And what if, rather than trying to shift tax dollars out of the transportation fund, legislators instead shift expenses into that portion of the budget? Could certain costs tied to non-transportation programs be billed to the Special Transportation Fund?

Klarides and other Republicans wanted a lockbox system that gave the Judicial Branch authority to review all fiscal workings. That was not included in the amendment.

“This is a way to pull the wool over the people of Connecticut’s eyes and to lull them into a false sense of security,” Klarides said. “We need to vote it down and start from scratch. Give the citizens of Connecticut a lockbox that works.”

Former state Rep. Cameron Staples, who chaired the Transportation Finance Panel, said “there are always ways to imagine commitments in the future being changed. But what you have to look at today is a coalescing of support for a major infrastructure investment. … I think the politicians are going to be pretty hard-pressed to divert funds away from that.”

Republicans and Democrats have been saying they wanted this for years,” the governor added. “Republicans decried the failure to have this and so I’m proud to have been the governor who got it through the legislature.”

In addition, Malloy said, some don’t understand “how good this is. … One of the reasons we fell so far behind Massachusetts, New York and New Jersey in transportation is people in the legislature, Republicans and Democrats, and a Republican governor, were literally stealing transportation money.

The second proposed amendment on the Nov. 6 would prohibit the legislature from selling, conveying, or swapping state land or buildings without first holding a public hearing.

The legislature traditionally closes the regular session each spring by enacting an omnibus bill with dozens of property conveyances. In most cases the property is not sold, but transferred to a municipality.

But while that bill is raised in a committee, it typically is chock full of last-minute additions that never have been subjected to a hearing.

“Some of it is habit, but it is certainly a bad habit,” said Eric Hammerling, executive director of the Connecticut Forest and Park Association, whose group supports the ballot question.

The association expressed concerns this year when the longtime site of a farmers’ market in Hartford — about 34 acres between Interstates 84 and 91 and overseen by the Department of Agriculture — was transferred to the Capital Region Development Authority.

The CRDA is studying redevelopment options, but Hammerling says any future plans should have been established, and discussed, before the transfer.

“Because the public lands are owned by the public,” he added, “the public should have the ability to provide input.”