Conn. Dems close on heath care, the economy — and Trump 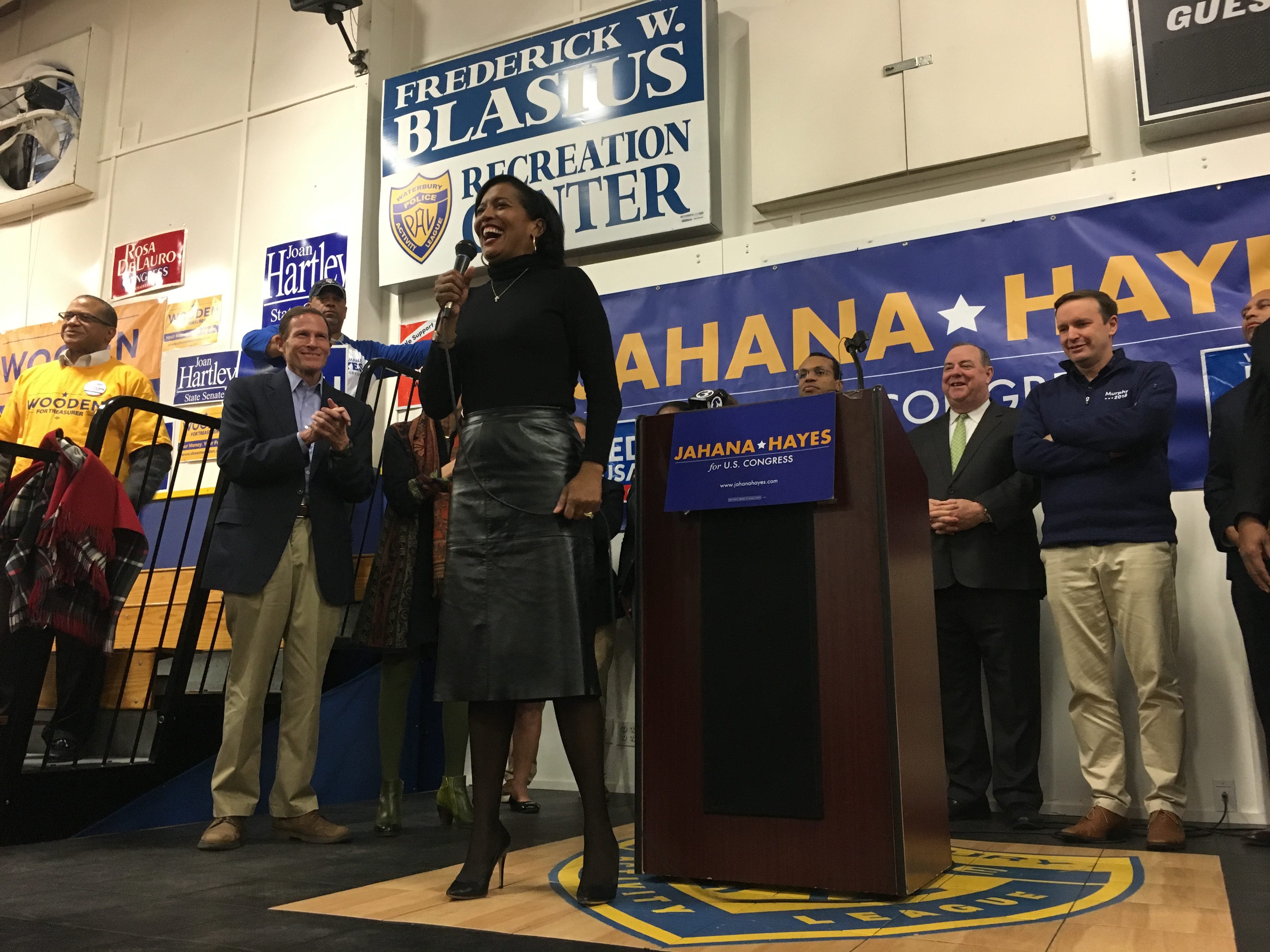 The closing argument being made by Connecticut’s congressional delegation in this historic midterm election hews closely to Democratic messaging about health care and the economy — but they are also making President Donald Trump a focus of their last-minute campaigning.

House Speaker Nancy Pelosi on Monday urged House Democrats to focus on health care on the eve of a contentious election that she hopes will wrest control of the chamber from the GOP.

“I write to acknowledge the vital role Congressional Democrats played in protecting the Affordable Care Act and exposing the GOP’s monstrous health care agenda – and I urge all of us to continue to push this message in the next 24 hours,” Pelosi wrote in a letter to House Democrats. “Tomorrow, the American people will decide on the fate of our nation and the future of America’s working families. Health care is the key factor in voters’ decisions.”

Yet Connecticut’s Democrats couldn’t resist taking shots at Trump as their campaigns near the finish line.

At a rally in Waterbury on Sunday, Sen. Chris Murphy, D-Conn., blasted the president for using harsh, anti-immigrant rhetoric to drive Republican voters to the polls and saying caravans of Central American migrants contain dangerous Middle Easterners and criminals.

“The way that this president has chosen to close this election shows you the worst of him,” Murphy said. “The idea that he is flirting with telling our troops to shoot at immigrants who are coming across the border to seek refuge and asylum in this country and the idea that he sees this murder in Pittsburgh as a political inconvenience to him and his party that “interrupted their great momentum,” in his words.”

“We have an administration that has crafted one corrupt deal after another, that benefits their special interests, their donors at the expense of the middle class,” she said.

DeLauro blasted Trump and congressional Republicans for running on what they say is a strong economy and the benefits of a GOP federal tax overhaul.

“They talk about a booming economy and rising wages, (while) everybody here has been going door to door and listening to families who can’t afford health care, they can’t afford to send their kids to school, they can’t afford child care, they’ve got student debt and they’re worried about what they’re going to do about their economic survival.”

“And we have no money—no money for education and no money for health care,” she said. “Well, not the case my friends. We’re going to turn that around.”

Jahana Hayes, a Democrat running for the 5th District congressional seat, also took a swipe at Trump on Sunday.

“I’ve heard so many people in so many communities … Muslims, Christians, Jews, talking about how angry they were, how afraid they were of what Trump is doing,” Hayes said. “Let me tell you something, Trump should be afraid of us right now.”

Rep. Hakeem Jeffries, D-N.Y., who traveled to Waterbury this weekend to help the Connecticut Democrats campaign, said the stakes in the election are high because “We have a hater in the White House—the birther-in-chief, the grand wizard of 1600 Pennsylvania Avenue.”

But then he went back on message.

“With Chris and with Rosa, and when you send Jahana down to the United States Congress, Democrats are going to fight to lower health care costs, fight to protect people with preexisting conditions, fight to strengthen the Affordable Care Act, fight to lower the high cost of prescription drugs,” Jeffries said.

University of Connecticut political scientist Ron Schurin said attacking Trump is an effective strategy for Connecticut Democrats, who should assure voters they’d “stand up to Trump and stand for decency and vote to ensure that Trump does no harm to programs like Social Security, Medicare and heath care in general.”

Schurin also said stumping on gun safety in Connecticut is a good way to motivate state Democrats to vote.

Murphy has been an outspoken voice in the Senate on gun control and he, and other Connecticut Democrats, have made it an issue in their campaigns.

“We’re for the people being in charge of our gun laws, not the NRA, so that when our kids walk to the corner store on Saturday or to school on a Monday morning, they don’t fear for their lives,” he said. “We’re going to take this country back from the gun lobby.”

While Connecticut’s congressional Democrats have made a rush of last-minute campaign appearances, often in concert with state Democratic candidates, their campaigns have been more muted this year, according to Gary Rose, head of Sacred Heart University’s political science department.

“It’s nowhere near as discernible as it has been in other years” Rose said of the state’s congressional campaigns.

One reason for that, he said, is that the members of Connecticut’s congressional delegation – all Democrats—face underfunded GOP challengers this year.

Another is “the intensity of the Connecticut governor’s race, which is blanking out everything else in Connecticut.”

While Murphy’s race for re-election and that of the four Connecticut House members are all rated “solidly Democratic” by analysts, the gubernatorial race between Democrat Ned Lamont and Republican Bob Stefanowski is highly competitive.

Other than Hayes, a political newcomer running for the seat of retiring Rep. Elizabeth Esty, the races for the federal candidates appear to be mostly “elect me because I do good work,” Rose said.

“There doesn’t seem to be any urgency in their campaigns,” he said.