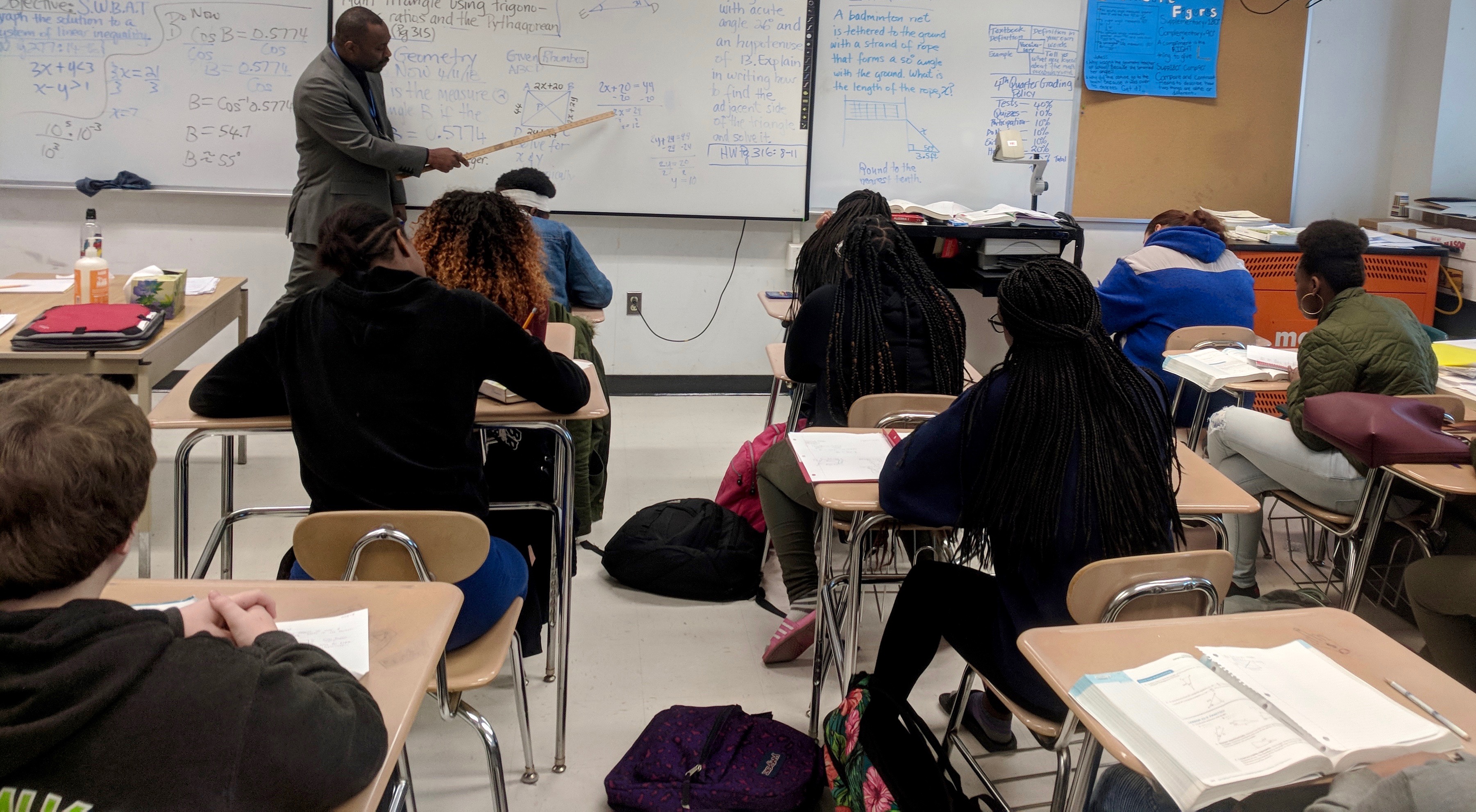 First the good news: hundreds more minorities have become teachers over the last 10 years following several changes that made it easier to become an educator in Connecticut.

The growth hasn’t kept pace with the influx of Hispanic and Latino students entering public schools and those students are now less likely to have a teacher who looks like them, a review of state data by CT Mirror has found.

“Many students of color in Connecticut will spend 13 years in school only learning from white teachers. These students will miss out on the academic and social benefits from learning from a teacher who shares their cultures, family contexts, and whom can serve as unique role models,” Camara Stokes Hudson, an associate policy fellow at the left-leaning think tank Connecticut Voices for Children, told the legislature’s education committee earlier this year. Stokes Hudson wrote two reports on the issue this year – see here and here – and has experienced firsthand what it is like to not have teachers look like her.

“Minority teachers have the benefit of raising aspirations for students who look like them,” she testified.

Many agree, including members of the state Board of Education and leaders of the state Department of Education. Three years ago the board and the department listed having a racially diverse workforce as one of their top four goals. Gov.-Elect Ned Lamont named it a priority during the campaign.

But finding minority teachers has challenged school districts for years.

Of the nearly 2,500 students enrolled in teacher-preparation colleges in Connecticut during the 2016-17 school year, 82 percent were white, 4 percent were black, and 8 percent were Hispanic, according to data from the state education department.

That’s a huge difference from the makeup of the state’s study body.

While many of the teacher preparation colleges in Connecticut work to recruit more minorities to become educators, many leaders believe more work is needed if these disparities are to narrow.

Last week, members of the state board of education unanimously approved another program that will allow those without a teaching degree from a college to get a certificate to teach. This program – to be run by Teach for America – is expected to enroll about 20 bilingual people each year. To participate, these aspiring teachers must have a bachelor’s degree and have earned at least a 3.0 grade point average.

The state has struggled for years to find bilingual teachers, despite decades of research showing English language learners perform best in programs that use a hybrid of their native language and English. When districts are unable to hire enough bilingual teachers, students are assigned English-only instruction – often with meager results.

In October, the state education board voted to allow Relay, another alternative program, to continue to operate in Connecticut. That pilot program – supported by Jahana Hayes, the   2016 National Teacher of the Year who was recently elected to Congress – had 91 people complete it last year, of which 8 percent were white.

“I can relate to my students,” Claudia Cox, an immigrant from Colombia who has a masters degree in engineering, told the state board. A graduate of Relay, she now works as a bilingual teacher in East Haven.

Joshua Hyman – an assistant professor at the University of Connecticut’s Department of Public Policy and Neag School of Education who studies the economics of education – calls this the “role model effect.”

“Being randomly assigned a black teacher if you are a black student leads to a significant impact,” Hyman said during an interview about his research published last month in the National Bureau of Economic Research journal.

Hyman said that broadening the pipeline of programs to get more minorities in the classroom has merits.

“There is certinaly some evidence that those alternatives are effective and can increase diversity in the teacher force,” he said.

Nudged by the legislature’s Black and Puerto Rican Caucus, state lawmakers have also changed several laws to remove hurdles to becoming a teacher in an effort to recruit more minority teachers, as well as fill teacher shortage areas.

The state education department is now able to grant teachers who move here from Puerto Rico a teaching certificate so they can quickly start work in a Connecticut classroom.

Those who enroll in a teaching college can no longer be barred if they are unable to pass Praxis Core, which tests a candidate’s academic skills in reading, writing and mathematics.

Earlier this year, the General Assembly unanimously passed legislation requiring the state Department of Education to award a teaching certificate to those who have passed the necessary exams to become a teacher in another state, assuming Connecticut determines that state’s exams are equivalent to ours. That legislation also requires that candidates be allowed to retake the test to become a teacher at no charge, and for the state to open another alternative certification program to make it easier for veterans, teaching assistants, and college staff to become teachers.

The state’s existing Alternative Route to Certification programs enroll between 72 and 178 people each year. Those programs are much cheaper and take less time to complete than a college program – and have much higher rates of enrolling minority students.

Some concerns about making it easier

Not everyone supports efforts to make it easier to become a teacher, however.

The state’s teachers’ unions have opposed Relay, Teach for America, and legislation aimed at easing the path to a teaching certificate. 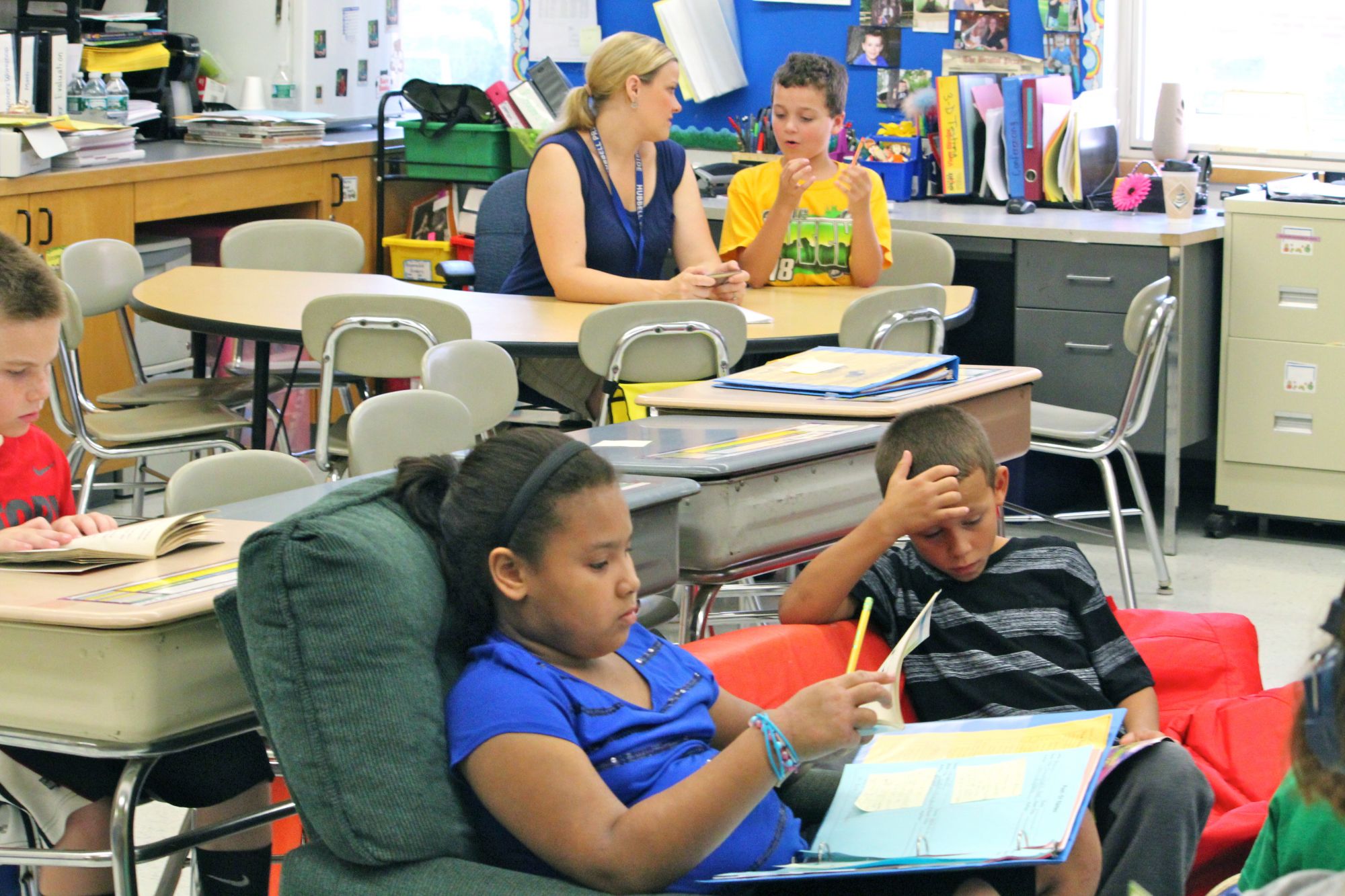 Union officials say minority students – many of whom are struggling in school – deserve highly qualified teachers and weakening the requirements to become a teacher threatens that.

“Having educators that are well trained is essential to the classroom learning environment. We do not believe in lowering the standards for people of color. Quite honestly, I personally feel that is insulting,” said Lisa Cordova, a kindergarten teacher at a regional magnet school in Hartford, who testified on the legislation that won passage last session.

“We have a concern that a lowered bar creates a second, less qualified tier of teacher certification, that will be disproportionately deployed in the areas most in need of well-trained teachers,” said Cordova, who is also the teacher union president for CREC schools.

Several teachers responded to a survey conducted for the state education department in 2017, saying that racism was at play.

“Many teachers believe there is still obvious racial discrimination in hiring practices,” a synopsis of the survey results submitted to the U.S. Department of Education reported.

Some teachers suggested the state should increase oversight of district and human resource hiring practices and audit hiring patterns by reviewing all the applicants.

Other suggestions from parents, teachers and business leaders who responded to the survey include changing the perception that teaching is not a favorable job, and making it more affordable to become a teacher.

During the campaign, Gov.-Elect Ned Lamont regularly pointed to the need to get more minority teachers in the classroom.

“I would like to do [that] to get the very best teachers in schools,” he said.

It’s not a new idea – but it has failed to gain much momentum.

The federal government has such a program, but the U.S. Department of Education recently reported that fewer than 1 percent of those who applied for loan forgiveness were approved.

State-funded scholarships worth up to $20,000 for minorities to go into teaching have been scaled back in recent years – from 50 new people getting awards in 2015, to 19 awarded last fiscal year.

State lawmakers will be challenged to find funding for this, as the state is facing significant deficits in the coming years.