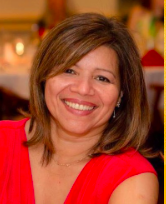 Seila Mosquera, the leader of a non-profit developer of affordable housing, is Gov. Ned Lamont’s choice to become the state housing commissioner, according to members of the legislature’s Black and Puerto Rican Caucus.

Mosquera is the president and chief executive officer of the Mutual Housing Association of South Central Connecticut, which does business as NeighborWorks New Horizons. It is based in New Haven.

The non-profit owns or manages 24 developments with 610 apartments in Ansonia, Branford, Bridgeport, Guilford, Hamden, Milford, New Haven, Norwich, Stonington and Waterbury, according to its latest public filing with the IRS.

Her appointment is expected to be formally announced next week. Lamont is scheduled to go Friday to Washington D.C. for the winter meeting of the National Governors Association.

She would be taking over the Housing Department as the torrent of funding for housing under Gov. Dannel P. Malloy is slowing to a trickle: The new administration cut the department’s capital spending request from $252 million to $4.5 million, part of Lamont’s “debt diet.” The department’s current-year capital budget is $160 million.

“In light of progress in this area over the past 8 years, prior authorizations are sufficient,” the administration said in its budget summary.

Malloy elevated the Housing Department to a stand-alone agency in 2013, an element of a campaign to end chronic homelessness and overhaul neglected state housing projects, many of them dotted with vacant and uninhabitable apartments. The state invested $1.5 billon in affordable housing during Malloy’s eight years as governor.

Mosquera, who could not be reached for comment Thursday, has been with the non-profit since the mid-1990s and has been the CEO for 15 years. She has a master’s degree in urban studies from Southern Connecticut State University and completed an 18-month program in community development at the Kennedy School of Government at Harvard.

Mosquera was at a meeting last week attended by Hispanic Democrats and Paul Mounds, the governor’s chief operating officer. One of the topics of the meeting was the recruitment of Hispanics to the administration.

Rep. Chris Rosario, D-Bridgeport, said the Black and Puerto Rican Caucus was aware of Lamont’s decision to appoint Mosquera and applauded the choice. The caucus had met with the governor recently to press for diversity in his administration.

“We’re glad the governor is going to appoint someone who is Latino and qualified,” Rosario said.

Housing is one of seven state agencies with vacancies at the top. The department is small, with just 23 full-time positions in the state budget.