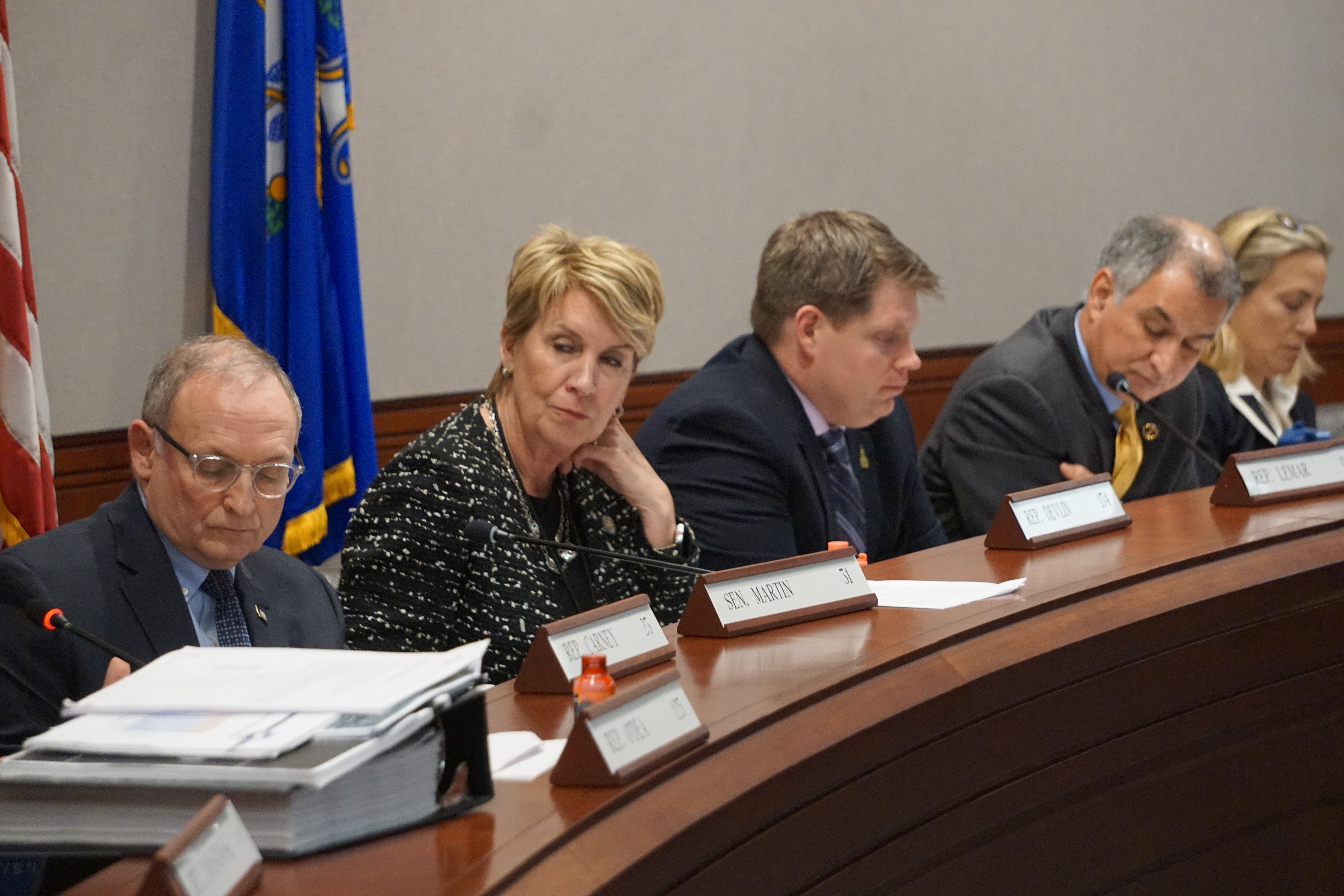 A legislative committee took the first steps Wednesday on what would be a long and complex journey to implement a comprehensive system of electronic highway tolls in Connecticut, voting along party lines to endorse three bills that broadly outline the process, while leaving crucial details about cost, frequency and location of tolls for another day.

All three bills would authorize the state Department of Transportation to develop and present a tolling plan to the Federal Highway Administration. A Senate bill would require the full General Assembly to vote twice on tolling, once this year on the enabling legislation and again on a highly detailed final plan.

Versions favored by House Democrats and the governor’s office would require hearings on the final plan developed by the DOT and reviewed by the FHWA, which would precisely identify the location and pricing of tolling gantries, but not a second vote by the General Assembly.

The Senate bill abandons the idea of creating a transportation authority to oversee the system, specifies the responsibility for setting the price of tolls would rest with the legislature, and bars price increases for 10 years. The House measure still would establish the authority.

The differences will have to be resolved before they come to floor votes in either chamber.

“Within the next few weeks, we’ll be sitting down,” said Rep. Roland J. Lemar, D-New Haven, the co-chair of the Transportation Committee.

Under all three bills, tolling would be limited to the Merritt Parkway and Interstates 84, 91 and 95, the highways most used by out-of-state motorists, as well as in-state commuters. Based on the extensive environmental and social-impact studies required by federal highway officials, tolls most likely could not be collected before 2023.

“They cannot be touched,” Leone said of the revenue.

Rep. Jonathan Steinberg, D-Westport, said an improved transportation infrastructure is crucial for the economy of a state that is heavily reliant on its highway and transit connections to New York City for jobs. Stamford and the rest of Fairfield County desperately needs better transportation to capitalize on their proximity to the city, he said.

“We are putting the entire state’s economy at risk,” Steinberg said.

If a tolls bill wins final legislative passage this year, it would provide a wedge issue in the 2020 fight for control of the General Assembly. The Republican minority in the legislature is opposed to tolls, leaving passage up to a Democratic legislative majority and a Democratic governor, Ned Lamont.

The debate Wednesday in committee reached beyond the narrow confines of the enabling legislation to the larger question of whether tolls are the only way to address what both parties agree is a desperate need to maintain and improve a highway system that in many areas is over capacity and far beyond its useful life.

The administration has estimated that tolls, which would be collected by an EZ pass system and bills sent to owners of motor vehicles whose license plates were photographed at overhead tolling gantries, could raise $800 million annually, with at least 30 percent coming from out-of-state drivers.

“We’re going to be as aggressive as I can be to protect Connecticut drivers going forward, and if anybody wants to come to the table with some other ideas and can bring them on board, I’m all ears,” Lamont said.

Rep. Laura Devlin, R-Fairfield, the ranking House Republican on the panel, told the committee members that tolling has bipartisan opposition, with a grass-roots No Tolls group gathering more than 80,000 online petition signatures and resolutions passed by the five communities, including Stamford.

“When has that ever happened?” Devlin said.

Rep. Jesse MacLachlan, R-Westbrook, said he is opposed to the tolling because it would hit almost every commuter who uses an interstate highway on the way to work.

“My community has expressed an overwhelming opposition to the tolling proposals that we’ve seen thus far. It’s easy to understand where they’re coming from,” he said.

Rep. Gail Lavielle, R-Wilton, complained that legislators were being asked to vote to authorize the DOT to pursue tolls without seeing the impact on constituents.

“We’re voting on something that doesn’t exist,” she said.

Rep. Buddy Altobello, D-Meriden, agreed with Lavielle, but noted that the House version would require another vote by the General Assembly on a final plan. He said he wants to know what his constituents would get for their money.

“We need something longer term,” Altobello said. “If we do go down this route, what are our constituents going to get?”