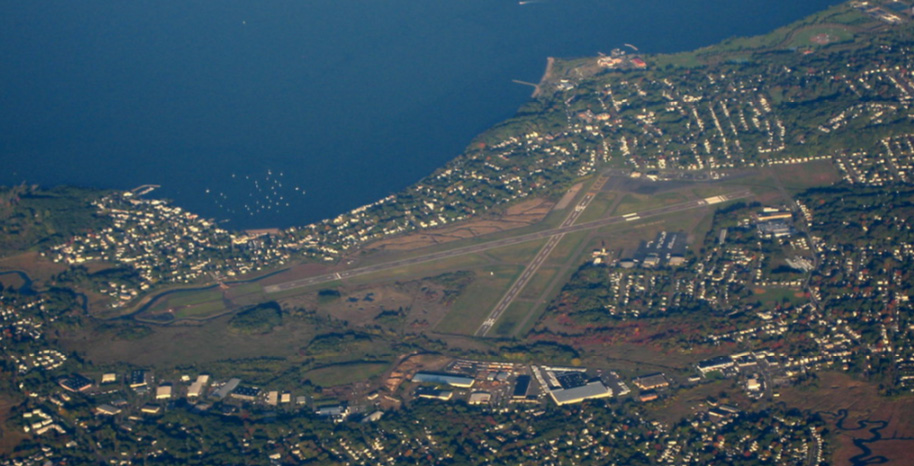 A federal appeals court has effectively overturned the state prohibition on expanding Tweed New Haven airport’s runway, opening the door to more and fuller planes flying out of East Shore.

The U.S. Court of Appeals for the Second Circuit issued that decision Tuesday morning in the case Tweed-New Haven Airport Authority v. Tong.

The lawsuit, first filed in 2009 by the airport authority and by the city against then state Attorney General George Jepson, alleged that the state legislature’s decade-old Runway Statute conflicts with federal aviation safety laws in its provision that Tweed’s runway be limited to 5,600 feet.

A U.S. District Court subsequently found that the airport did not have standing to sue the state because its alleged injury was not caused directly by the statute, and that the state law was not preempted by federal laws.

The appeals court overturned that decision Tuesday, arguing that Tweed does indeed have standing to sue the state as a political subdivision of the state, and that the Federal Aviation Act (FAAct) does indeed take precedence over any state laws that impact the safety of airplanes flying into or out of Tweed.

The decision renders moot the decade-long battle undertaken by city officials and local state legislators to repeal or circumvent the runway limitation law, which has remained in place in Hartford in part because of the defense of New Haven State Sen. and Senate President Martin Looney, who represents the portions of New Haven and East Haven covered by the airport.

Opponents to Tweed’s proposed expansion have expressed concern that a longer runway and more air traffic would result in a great disruption to Morris Cove residents’ quality of life and would present environmental dangers in a flood-prone part of the city. 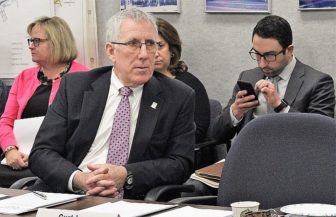 “Obviously we’re pleased with the decision. We’re greatly encouraged by it,” Tweed Interim Director Matthew Hoey told the Independent Tuesday morning. He said the airport authority now plans to start working on getting any other Federal Aviation AdminIstration (FAA) and state approvals necessary to begin the expansion.

“This is as much about safety as it is about service enhancement,” he said, citing the argument in the court’s decision that a limited runway unfairly imposed “weight penalties” on aircraft by limiting the number of people who could be on any given plane flying out of Tweed.

This decision will allow the airport to jump on offers from other airlines to bring their service to Tweed, he said, which had previously held off because of the runway restriction. He said the airport authority will prioritize attracting airlines that serve Chicago, Washington D.C., and Florida.

He added that the airport authority is about to enter the final phase of its home insulation program, which, when complete, will have seen over $12 million in window replacements and other sound insulation measures taken in nearly 180 hours in the surrounding neighborhood. “We’re going to continue in that vein with which we’ve worked with the community over the years,” he said.

Tweed’s Master Plan, submitted per federal guidelines to the FAA back in 2002, includes extending the length of the runway up to 7,200 feet.

State Sens. Martin Looney of New Haven (whose district includes the airport) and Len Fasano of North Haven were less pleased with the ruling. They issued a joint release urging the administration of Gov. Ned Lamont to appeal the ruling to the U.S. Supreme Court.

Looney argued that any airport expansion must come with a community benefits agreement reached with the neighborhood.

“The strong residential neighborhoods around Tweed must be protected from any damaging impact caused by the potential overruling of state law,” Looney said.

Fasano accused the Harp administration of “stabbing the community in the back” by originally agreeing to a deal that allowed for airport expansion within limits, then pursuing a court overrule of that deal. He noted that as a state senator, Harp voted for the deal that the federal appeals court has struck down.

“How can the community ever trust Tweed and the City of New Haven again?” Fasano asked.

“While today’s ruling concerns state statute, it does not change the fact that a contract still exists between Tweed, East Haven and New Haven. No federal law can invalidate that contract. I have spoken to the East Haven mayor and it is clear that the contract with Tweed is still enforceable, and therefore restrictions are still in place based on that contract.” 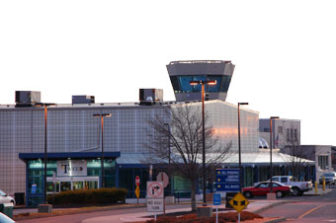 The decision itself, written by Circuit Judge Barrington Parker, begins by noting that Tweed has a “catchment area” — or an area from which an airport expects to draw passengers — in excess of one million people. The airport’s primary runway, Runway 2/20, meanwhile, is only 5,600 feet long.

“The runway is one of the shortest commercial airport runways in the country,” he wrote, “and it is the shortest runway for an airport with a catchment area as large as Tweed’s area.” To be precise, the judge wrote, the airport has the 13th shortest runway out of the 348 airports where commercial service is provided in the U.S.

In 2009, the Connecticut legislature passed its Runway Statute, which prohibited Tweed from exceeding the existing paved runway length of 5,600 feet.

“The short length of the Airport’s runway has sharply limited the availability of safe commercial air service at Tweed,” Parker wrote. “The length of a runway has a direct bearing on the weight load and passenger capacity that can be handled on any given flight. For example, at the time of trial, American Airlines, the one commercial airline providing service to and from the Airport, was unable to safely fill its planes to capacity and was required, depending on the weather, to leave between four and nine seats empty.”

Furthermore, Barrington wrote, the runway restriction has limited Tweed’s ability to attract new airline services. He noted that the airport authority has reached out to around 10 different airlines and has been unable to convince any to come to New Haven, all because of the runway.

“Lengthening the runway would allow for the safe use of larger aircraft,” he wrote, “allow flights with no seating restrictions, allow more passengers on each airplane, and allow service to more destinations. It would also allow Tweed to attract more carriers and expand the availability of safe air service for its customers.”

The judge wrote that the court found that the state legislature’s Runway Statute is out of line with the FAAct’s explicit objective of establishing a “uniform and exclusive system of federal regulation in the field of air safety.”

“If every state were free to control the lengths of runways within its boundaries,” he wrote, “this Congressional objective could never be achieved.”