Lamont’s dedication to reserves stems from debts heaped on Malloy 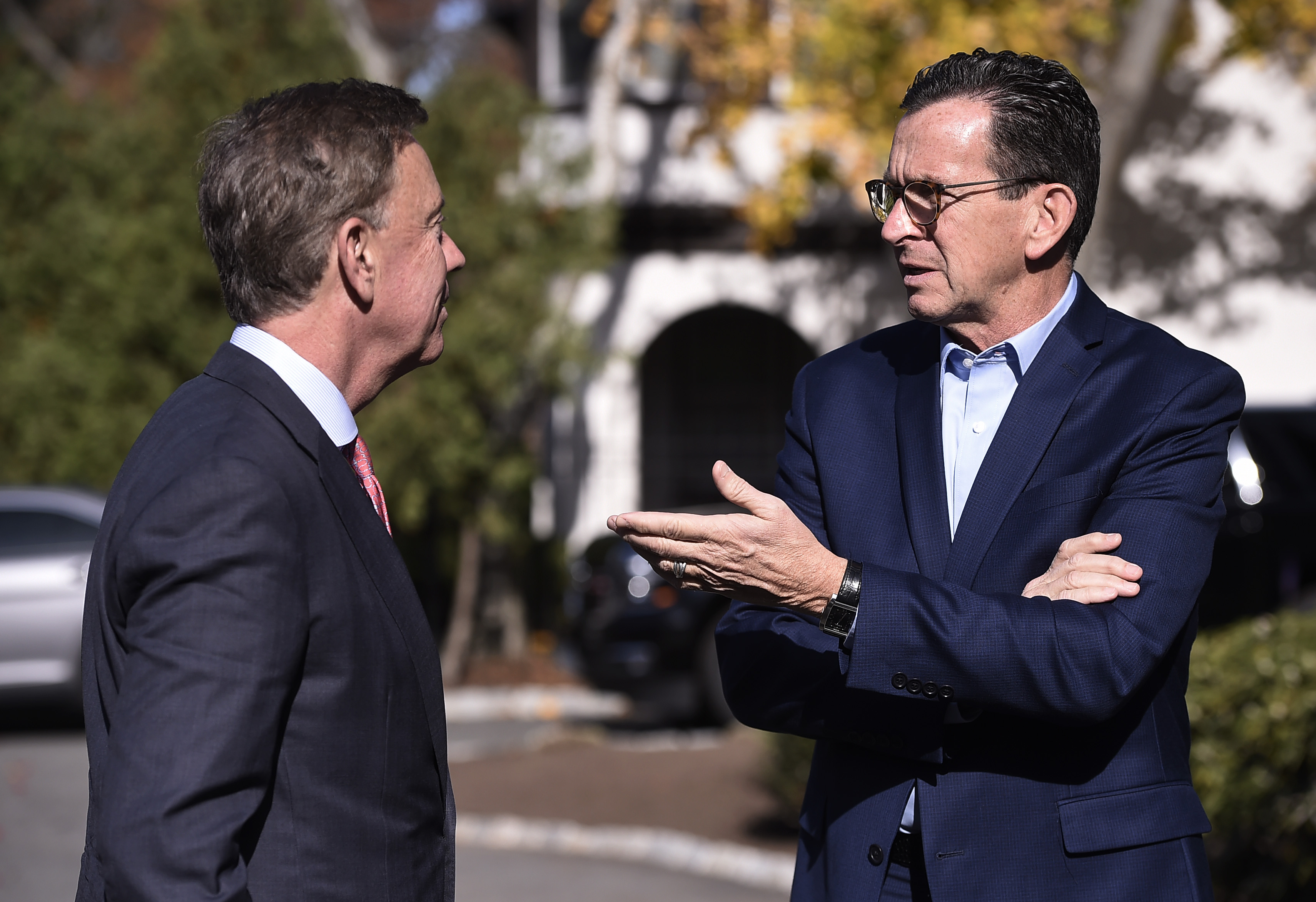 As Gov. Ned Lamont tries to decide whether to weaken Connecticut’s firewall against the next recession to jumpstart its cash-starved transportation program — as Republicans have proposed — he can’t help but look backward.

Lamont’s rearview mirror is fixed on his predecessor, Dannel P. Malloy. More specifically, it’s centered on the fiscal chaos Malloy faced — due in no small part to the empty reserves and debt he inherited.

Meanwhile, the former governor — who now serves as chancellor of Maine’s public university system — said Tuesday it would be a “grave mistake” to exhaust the rainy day fund at this time.

Malloy’s warning comes less than a week after Senate Republicans proposed that Connecticut take 60% of its reserves, $1.5 billion, and use it to pay down pension debt, rather than install tolls gantries on the state’s highways.

While Lamont’s first 11 months in office have been marked by a certain degree of inconsistency on issues like tolls and tax relief for the middle class, he has been the picture of consistency when it comes to Connecticut’s rainy day fund.

“There’s a tendency to want to spend [the reserves] and defer the tough choices we know we have to make,” Lamont said last November, just two weeks after winning the gubernatorial election. “But you know how volatile our income taxes can be. If the bottom falls out … we ought to be ready.”

He pushed this message again when he unveiled his first budget.

“Our economy has still not fully recovered from the Great Recession more than a decade ago, and we must be prepared for the possibility of another economic downturn,” Lamont wrote in an “open letter” to Connecticut residents back in February to accompany his first budget proposal.

And as nonprofit social service agencies pressed for a $100 million infusion — drawn chiefly from the reserve — Lamont dug in again earlier this month. 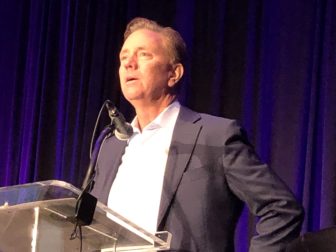 “Remember, the rainy day fund is to make darn sure that when there’s a rainy day I don’t have to cut funding for services like this at a time of most need,” the governor told reporters after addressing the CT Community Nonprofit Alliance’s annual convention in Hartford.

To understand Lamont’s focus on reserves, one only needs to look back eight years. The governor’s communications director, Max Reiss, said the chief executive’s position on maintaining proper reserves was formed, in part, by that crisis.

When Malloy took office in January 2011, Connecticut was just beginning a long, slow crawl out of The Great Recession — and state government was on fiscal life support.

Gov. M. Jodi Rell and the 2009-10 legislature had exhausted a then-record $1.4 billion reserve and run up another $950 million in operating debt.(Historical note: Rell and legislators borrowed $1 billion to cover both the shortfall and the first two payments on the loan, thereby ensuring the entire debt would be paid off by the next administration. It wouldn’t be retired until January 2018.)

Nearly 15% of local education aid to cities and towns — roughly $270 million out of $2 billion — was propped up on federal grants that would expire in July 2011.

Annual tax receipts had plunged $1.6 billion during the recession.

And overall spending — without adjustments —was projected to exceed revenues by a record-setting $7 billion during Malloy’s first two years in office, a gap of almost 20 percent.

“I worked mightily to change the trajectory of budget increases,” Malloy told The CT Mirror on Tuesday, but said no one should underestimate how far behind the eight-ball his administration began.

“It was a grave mistake to exhaust the rainy day fund and to undertake the borrowing” done by Rell and the 2009-10 legislature,” he added.

That pension debt has been refinanced — at greater cost — and stabilized somewhat. But expenses still will be climbing for much of the next decade, and Connecticut’s tax system arguably is more volatile than it was a decade ago.

While income tax hikes in 2009, 2011 and 2015 helped generate the $2.5 billion reserve the state enjoys today, the income tax also tends to fluctuate much more than ever levies, plunging during down economic times.

The Republican plan to spend down Connecticut’s reserves to trim pension debt would, in turn, enable the state to reduce its pension contributions over the next decade — and funnel that savings into its transportation program.

There still would be $1 billion in reserves. And Senate Republicans note that if positive economic trends continue, the rainy day fund could be back to $2.5 billion by 2024.

But the state analysts’ projections they rely upon do not make assumptions about whether another recession is imminent.

Both the legislature’s Office of Fiscal Analysis and the Executive Branch’s Office of Policy and Management base their reports on short-term economic trends.

In other words, neither agency ever suggested Connecticut was guaranteed — or even likely — to avoid a recession in the next four-to-five years.

When Rell and the 2009 legislature exhausted the reserves and still had to close operating debt, they borrowed funds for seven years at 2.3%. The interest cost projected at that time was $170 million.

Lamont also has noted in the past how quickly reserves could be drained down if a recession is severe.

If annual tax receipts alone can drop as much as $1.6 billion per year — as they did in the last recession — how safe is a $1 billion reserve?

The $2.5 billion currently socked away represents about 13% of annual operating costs. The legal maximum Connecticut could save is 15%, or about $3 billion.

“It would be a grave mistake to misspend that money,” Malloy said. 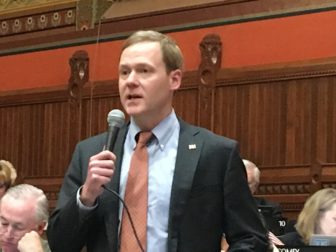 Majority Democrats in the House of Representatives also have questioned whether a $1.5 billion drawdown of reserves is wise at this time.

And a national poll released Monday by CNBC found two-thirds of Americans surveyed believe the U.S. economy will enter another recession within the next year, while a monthly worldwide report by Bank of America Merrill Lynch finds money managers heartened by a pause in the U.S.-China trade war and optimistic of continued growth.

House Majority Leader Matt Ritter, D-Hartford, said he would be willing to consider a much smaller transfer of reserves — something closer to $200 million or $300 million — than the $1.5 billion Senate Republicans want.

“We’re not opposed to prepaying our long-term pension liabilities,” Ritter said, adding that the concept is sound even if the timing is worrisome.

Ritter added there still is some hope reserves will continue to grow over the next year-and-a-half and his caucus always could reconsider a larger transfer to help transportation in the future,

“But our caucus would rather verify those numbers rather than assume them 18 months out,” he added.