Some lawmakers want to raid the rainy day fund. Not so fast, analysts say. 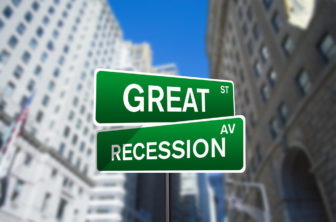 OFA analysts warned lawmakers that it’s been more than a decade since the Great Recession plunged Connecticut into a fiscal crisis.

While confirming the rainy day fund could shatter $3 billion by mid-2021, the Office of Fiscal Analysis quickly noted that projected operating deficits between 2022 and 2024 could consume nearly that entire reserve.

Adding a new section titled “Recession Challenges” to its annual Fiscal Accountability Report, analysts noted the nation already has gone more than a decade since the last economic downturn.

“The country is currently experiencing the longest time period between recessions in its history,” legislative analysts wrote.

OFA also noted that, “During and after a recession, the state faces the challenge of a significantly larger structural imbalance.” In other words, revenues plunge downward but fixed costs — such as pension and bonded debt — continue to grow.

“A fully-funded BRF [Budget Reserve Fund] can largely mitigate the revenue loss of a recession for two years, but it does not replace the forgone revenue growth that likely would have been generated in the absence of a recession.”

Gov. Ned Lamont has been urging legislators since he took office in January not to spend the rainy day fund, arguing it offers the best chance to blunt the tax hikes and programmatic cuts that often happen in a recession or immediately afterward.

Tax hikes and program cuts were plentiful immediately after the Great Recession, which ran from December 2007 through June 2009 — or through January 2010 in Connecticut, according to some economists.

The most severe economic downturn in the U.S. since the 1930s, the last recession included a sharp plunge in the nation’s housing market and a global crisis in financial markets.

State government here was caught in a double whammy. Connecticut’s reliance on its financial services sector and its lack of job growth in other areas for nearly two decades weakened the overall economy.

At the same time, states’ pension investments dropped in value almost universally along with the markets. But Connecticut, which already faced rising pension contributions because of seven decades of inadequate savings, saw its fixed costs skyrocket.

Annual state tax receipts dropped by $1.6 billion during the last downturn and Connecticut struggled with deficits for much of the past decade.

It wasn’t until early 2018 that economic growth and some one-time changes in federal tax policy generated a surge in state income tax receipts — most tied to capital gains and dividends — that generated the current rainy day fund.

The $2.5 billion on hand, equal to 13% of Connecticut’s annual operating costs, could top $3.25 billion by July 2021 provided current economic trends hold, OFA wrote in its latest report. If that occurs, the rainy day fund would exceed the legal limit, which is 15% of annual costs, or roughly $3 billion.

Rather than establish tolls, Senate Republicans have proposed spending $1.5 billion of the reserve to pay down pension debt. This, in turn, would allow Connecticut to reduce its pension contributions between now and 2030, and funnel the annual savings into the transportation program.

The GOP plan is an alternative to Lamont’s proposal to set 14 bridge tolls, with fees charged to all vehicles.

House Democrats countered Tuesday with a plan to impose tolls only on trucks at 12 bridges. Majority Leader Matt Ritter balked at a major expenditure of reserves at this time, but said he would consider a small drawdown — $200 million to $300 million — if it would help officials agree on a transportation enhancement plan.

The Office of Fiscal Analysis also noted in its latest report that Connecticut is projected to add about $290 million due to its reserves after the current fiscal year closes — on June 30, 2020 — and has been audited, in September 2020.

By late September 2021, the reserve not only would hit the legal maximum of $3 billion —provided current economic conditions don’t slip, but could top the limit by another $250 million.

Under state law, anything in excess of the reserve must be spent to reduce pension debt.

But a larger rainy day fund is far from a sure thing.

According to OFA, Connecticut faces potential deficits of $757 million in 2022, $1.2 billion in 2023, and $917 million in 2024, unless it makes adjustments to current spending and revenue programs. The potential red ink totals $2.9 billion.

Besides continued growth in fixed costs, legislators pledged in the next budget cycle to resume sharing sales tax receipts with cities and towns and to dedicate more sales tax dollars to the transportation program.

Further complicating matters, both the legislature’s Office of Fiscal Analysis and the Executive Branch’s Office of Policy and Management base their reports on short-term economic trends.

In other words, neither agency can project when Connecticut is likely to enter a recession, and all revenue forecasts are conditional.