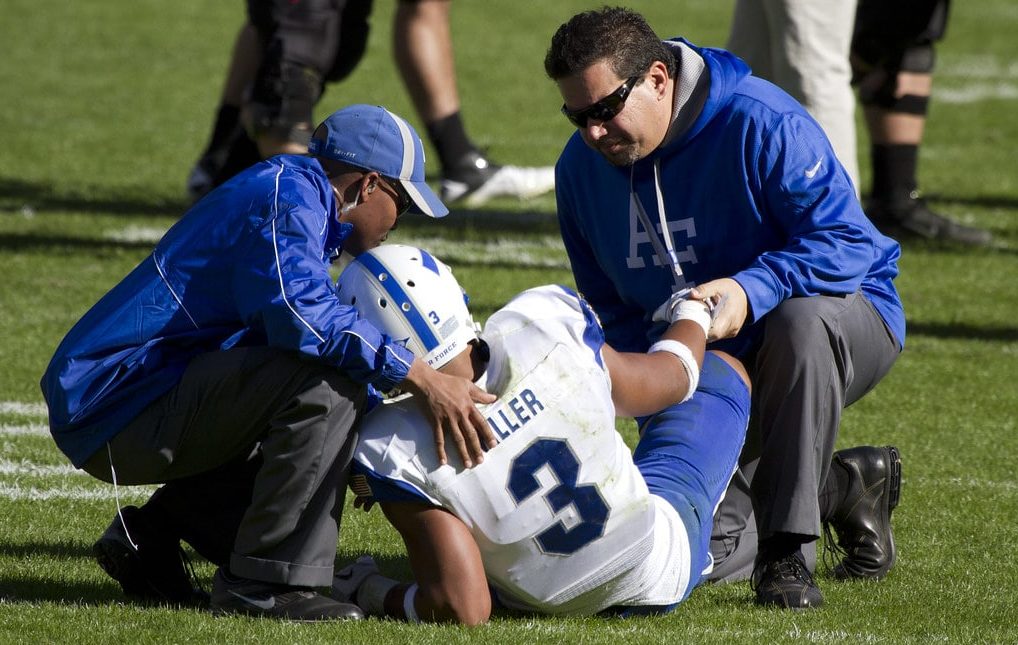 Washington – Sen. Chris Murphy on Monday released his third critical report on college athletics, focusing on what he considers the failure to protect student athletes from devastating and sometimes fatal injuries.

At a press conference in Hartford, Murphy said “I know how important athletics is to the development of a young person.”

But he said college athletic programs, especially football programs that earn schools millions of dollars, turn a blind eye to the dangers posed by athletic competition and the rigors of training, “leaving behind athletes who are poor and whose bodies remain broken.”

And a state legislator, Rep. Derek Slap, D-West Hartford, said he is considering state legislation to address problems on the field.

“We can’t wait for the NCAA to make the right decisions,” Slap said. 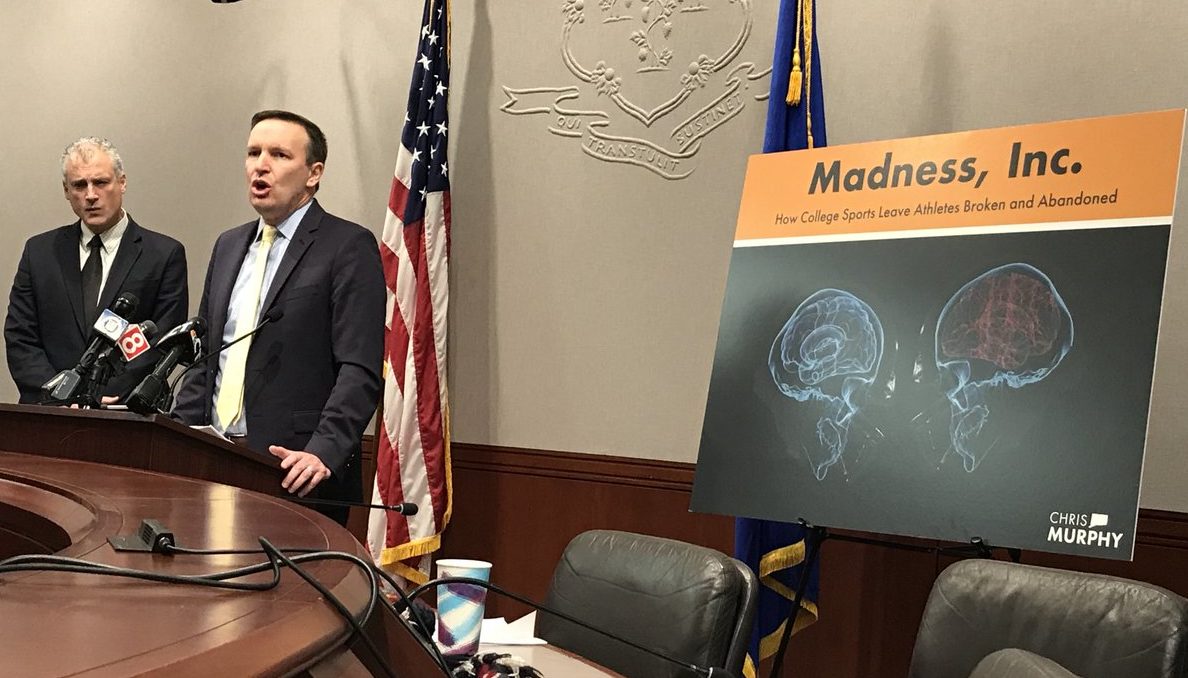 “The NCAA is a disgrace,” Sack said.

The National Collegiate Athletic Association did not have an immediate response.

But Mark Emmert,president of the NCAA— will meet with Murphy and Romney on Tuesday on Capitol Hill after the initial meeting of the bipartisan working group on campus athletics.

The NCAA has given schools concussion protocols that tell them how to treat players with head injuries, a protocol some neurologists say is not strict enough and not always followed.

In August, the NCAA settled several lawsuits by agreeing to pay $70 million to cover medical testing and diagnosis for former athletes and put $5 million toward concussion and injury research. About 4 million former athletes could be affected by the settlement.

Murphy’s study said that nearly 20 percent of college athletic directors reported instances where a coach played an athlete who had been deemed “medically out of participation,” putting them at risk for severe injuries.

“That is because coaches are driven to win by the tremendous amount of money in college athletics,” Murphy said. 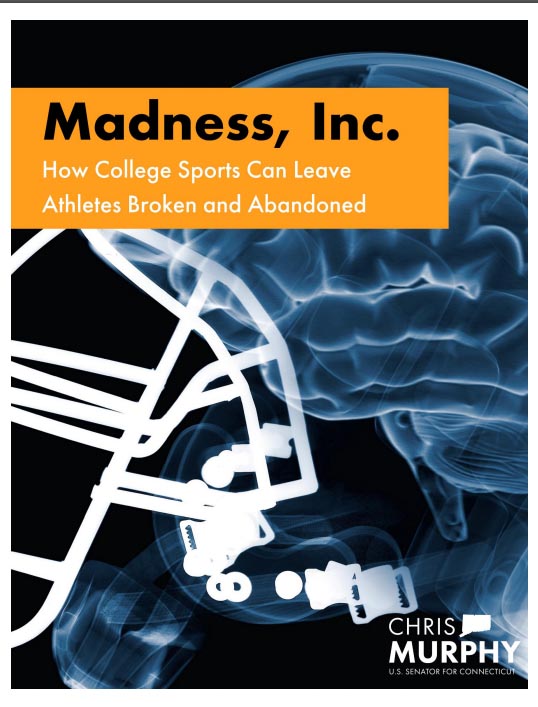 His report detailed some of the best known tragedies in college sports, including the stories of Kyle Hardrick, a University of Oklahoma basketball player who lost his scholarship and was left with unpaid medical bills after suffering a torn meniscus for which his college didn’t want to pay; and Doug Ploetz, a former Texas Longhorn who lost his life to dementia caused by repeated head trauma during his football career.

And then there’s the case of Jordan McNair, a a University of Maryland football player  who died after a punishing training session in sweltering heat, ” led by coaches who disregarded athlete safety for the sake of toughening up or punishing athletes,” the report said.

In all, Murphy’s report said, 40 college athletes have died playing football since 2000 and there are about 20,000 injuries every year in the NCAA.

Murphy’s latest report on the NCAA is his third. The senator’s first report, released in March, examined the billions in revenues produced by college sports and how that money enriches nearly everyone but the athletes themselves because of the NCAA’s ban on player compensation.

“This isn’t the most important issue in Connecticut or the nation,” Murphy said. “But to me it’s an issue of civil rights.”

That’s because most of the students who are mistreated by the nation’s colleges are black and the people who exploit them and profit from their athletic prowess are white, Murphy said.

Murphy also recommends that athletes should be able to keep their scholarships if they quit sports and students should be allowed to transfer to other schools.

Murphy’s final recommendation could be the toughest to implement.

“There should be real consequences for schools that don’t follow health protocols,” he said.

As far as legislation to implement some of these reforms?

“Admittedly, this will be a heavy lift,” Murphy said.