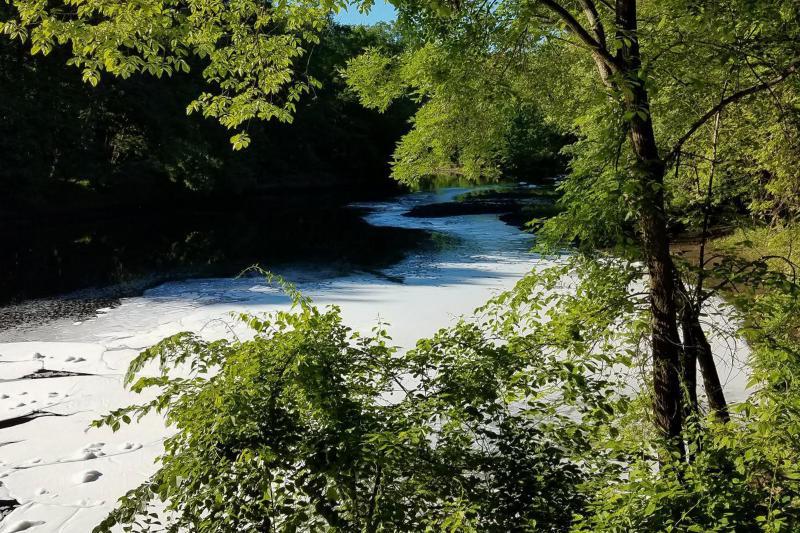 Members of the U.S. House of Representatives voted Friday in support of a bill to aggressively police a family of “forever” chemicals. But despite passage in the House, the bill faces an uphill battle to become law.

Per- and polyfluoroalkyl substances are a family of thousands of chemicals used in cookware, food packaging, and firefighting foam. They’re also potentially dangerous, according to the Centers for Disease Control and Prevention; an emerging body of science links PFAS chemicals to liver, developmental, and reproductive problems.

Last year, two accidents at Bradley International Airport released tens of thousands of gallons of firefighting foam containing PFAS into waterways in Windsor. Those accidents set off months of speculation around potential environmental and health risks and drove the state to develop a “PFAS Action Plan,” which was sent to Governor Ned Lamont in November.

Friday’s vote in the U.S. House of Representatives could force the EPA to set drinking water standards for two varieties of the chemical, PFOA and PFOS, within two years. It also aims to list the chemicals as “hazardous” under the Superfund Law, which could mandate costly cleanups, according to the nonpartisan federal Congressional Budget Office.

“Contamination isn’t Democrat or Republican, and it can strike anywhere. This requires a national solution. And that’s the whole purpose behind the national EPA,” Larson said.

The measure faces an uphill battle. Its fate in the Senate remains unclear, but the bill in its current form, appears dead on arrival at the White House.

“Let’s first hope that the Senate takes this up,” Larson said. “To continue to put the pressure on the White House to respond to an obvious national emergency and national concern. In the meantime, all we can do is help assist the state, and hopefully [provide] people with the appropriate confidence that we can get funding to assist in this.”

On Tuesday, The Trump Administration issued a veto threat and said if the measure gets to President Donald Trump, his advisors would recommend he doesn’t sign it.

In its statement, the White House cited cost and duplication with other PFAS regulations included in the recently-signed National Defense Authorization Act. It also said the measure would undercut an EPA role that President Donald Trump has been criticized for attacking repeatedly: science.

“The regulatory process works best when EPA and other agencies are free to devise regulations based on the best available science and careful consideration of all the relevant facts,” the White House statement reads. “By truncating the rulemaking process, this legislation risks undermining public confidence in the EPA’s decisions, and also risks the imposition of unnecessary costs on States, public water systems, and others responsible for complying with its prescriptive mandates.”

Correction: A previous version of this story said the state PFAS Action Plan was signed into law by Gov. Ned Lamont in November. The PFAS Action Plan is not a law, it is a series of agency recommendations submitted to the governor on Nov. 1.