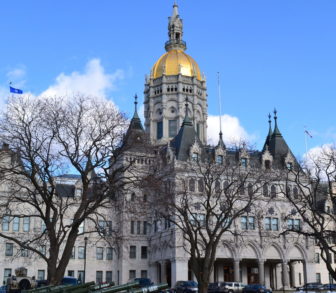 State agency overtime expenses continue to creep upward according to a new report from nonpartisan analysts, though overall salary costs remain below those of a decade ago.

The legislature’s nonpartisan Office of Fiscal Analysis reported  late last week that agencies spent $124.9 million on overtime through the first two quarters of the fiscal year, which began on June 30. That’s $5 million — or 4.1% — greater than overtime spending cost the General Fund during the first six months of the previous fiscal year.

The General Fund represents more than 90% of the total state budget and covers the bulk of annual operating costs.

More importantly, those numbers come on the heels of two consecutive years of modest increases in overtime expenses for state government.

Both the latest overtime numbers, as well as the increases over the past two fiscal years, stem largely from decisions made between 2011 and 2018 by then-Gov. Dannel P. Malloy to shrink the state’s workforce.

“A large portion of the overtime use is due to current staffing levels at our agencies,” said Chris McClure, spokesman for the governor’s budget agency, the Office of Policy and Management.  “If an agency is carrying a higher level of vacancies than the prior year, there will likely be a corresponding increase in the overtime costs particularly for our 24/7 operations agencies.”

Openings in hazardous duty positions, such as state police troopers and correction officers, cannot be filled quickly because of both stringent hiring and training requirements. 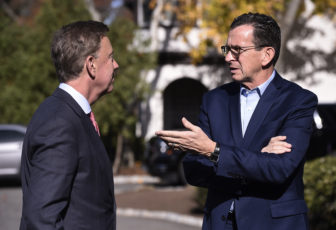 McClure also noted many state departments and agencies are faced with increasing number of retirements, a trend that is expected to intensify in the coming years, peaking in 2022 or 2023 as a large portion of the workforce reaches retirement age at the same time.

And if 2009 wage costs are adjusted for inflation, according to the U.S. Bureau of Labor Statistics’ inflation calculator, the drop over the past decade stands at nearly 21%.

Malloy reduced the Executive Branch workforce by nearly 10% during his eight years in office. He also obtained union concessions twice, packages that included wage freezes in the 2013, 2018 and 2019 fiscal years.

The former governor relied on attrition, not layoffs, to reduce the workforce throughout most of his tenure, though legislative policy also drove that process.

Lawmakers routinely built huge, loosely defined savings targets into the annual budget, requiring the administration to achieve hundreds of millions of dollars in savings once the fiscal year was underway.

Lamont’s first two-year state budget, which was enacted in June and took effect in July, reduced the number of full-time positions in the budget’s General Fund by about 1,300 jobs, or 3%.

“Governor Lamont is steadfast in his commitment to keeping our state’s fiscal house in order; maintaining a balanced budget, bolstering our savings for the next economic contraction, and continual oversight of overtime use in the Executive Branch,” McClure added. “ … We will continue to make efforts to right-size staffing, enhance resources and service delivery, and find new efficiencies to make state government operate smarter, stronger, and simpler.”