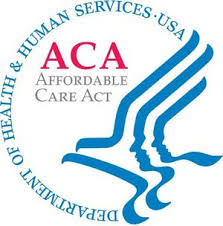 Washington – The U.S. Supreme Court’s decision Monday to hear an appeal brought by Connecticut and other Democratic states of a legal threat to the Affordable Care Act was hailed by the health care law’s supporters.

The law remains in effect while the Supreme Court considers the case.

“The stakes in this case could not be higher. Our entire healthcare system hangs in the balance,” said Connecticut Attorney General William Tong. “The Trump Administration is going to have to explain to the Court and the American people why it thinks cancer survivors and others with so-called pre-existing conditions should be denied coverage. Our side has the stronger argument, as a matter of law and principle.”

Rep. John Larson, D-1st District, who like the rest of Connecticut’s Democratic congressional delegation strongly supports the ACA, said ” I hope the Supreme Court does what is right and upholds the ACA as it has in the past. Otherwise they will tear away the health care of tens of millions of Americans.”

This would be the third time the Supreme Court considers a challenge to the Affordable Care Act, which has been in force for 10 years.

In 2012, the court upheld the mandate that most Americans obtain insurance or pay a penalty.  Chief Justice John G. Roberts Jr. joined the court’s liberals in that 5-to-4 decision.

And in  a 6-3 decision in 2015, the Supreme Court upheld the law against another challenge involving tax subsidies.

Matt Eyles, president of America’s Health Insurance Plan, a national association of health insurers said, “we applaud the Supreme Court’s decision to grant certiorari in TX v US, which will remove the continued legal uncertainty that undermines the stability of coverage for nearly 300 million Americans.”

“We are confident that the Supreme Court will agree that the district court’s original decision to invalidate the entire ACA was misguided and wrong, and that zeroing out the mandate was never intended to wreak havoc across the entire American health care system,” Eyles added.

The Supreme Court will consider its latest ACA case in its next term, which begins in October. That means it’s unlikely the justices will make a decision on the case before the November elections.

The case began when a coalition of attorneys general from Republican-led states challenged the ACA in court after Congress, in a massive tax bill, eliminated the health care law’s penalties for those who didn’t have health insurance coverage.

The Republican attorney generals argued that the entire law was unconstitutional since the penalties for the “individual mandate” had been eliminated.

Connecticut and a coalition of Democratic states, led by California, argued in defense of the ACA.

But a federal court in Texas agreed with the “red states.”

The Democratic states appealed that ruling to the U.S. Court of Appeals for the 5th Circuit.

That appeals court ruled last year that the ACA’s individual mandate is unconstitutional. But it sent the case back to the Texas trial judge to review whether the entire law is invalid or some parts can survive.

The coalition of Democratic states, joined by the Democratic House of Representatives, appealed to the Supreme Court the decision to send the case back to the Texas trial judge.

“The sooner the GOP’s dangerous anti-health care lawsuit is ended, the better,” said House Speaker Nancy Pelosi. “Democrats will continue to fight in the courts and the Congress to defend and strengthen the Affordable Care Act and lower health costs for all Americans.”

Since its inception, the Affordable Care Act been a political lightening rod, with Republicans bent on repealing part of all of the health care law and most Democrats defending it.

When the GOP failed to repeal the law in Congress, it sought to do so through the courts. Instead of defending the legal attack on the federal law, the Trump administration backed the Republican attorneys general’s lawsuit.

“By pursuing this senseless lawsuit, the President Trump led-GOP reveal their true priorities – hell-bent on a political win, even if it means ripping away health care protections and coverage from millions of vulnerable Americans,” Sen. Richard Blumenthal, D-Conn., said Monday in a statement.

Rep. Rosa DeLauro, D-3rd District, said ” in the midst of a public health emergency posed by the coronavirus, President Trump, his administration, and Republican officials across the country are continuing to try to rip health coverage from tens of millions of Americans. That is unconscionable.”

“The Court’s decision today offers millions of patients who rely on the Affordable Care Act and its critical patient protections a timelier resolution to a case that threatens to significantly erode or eliminate their access to comprehensive health coverage,” the joint statement said. “The current uncertainty also threatens to weaken the insurance markets that need clear, stable rules on which to price and offer coverage.”