'We just have so much infection around the country.' 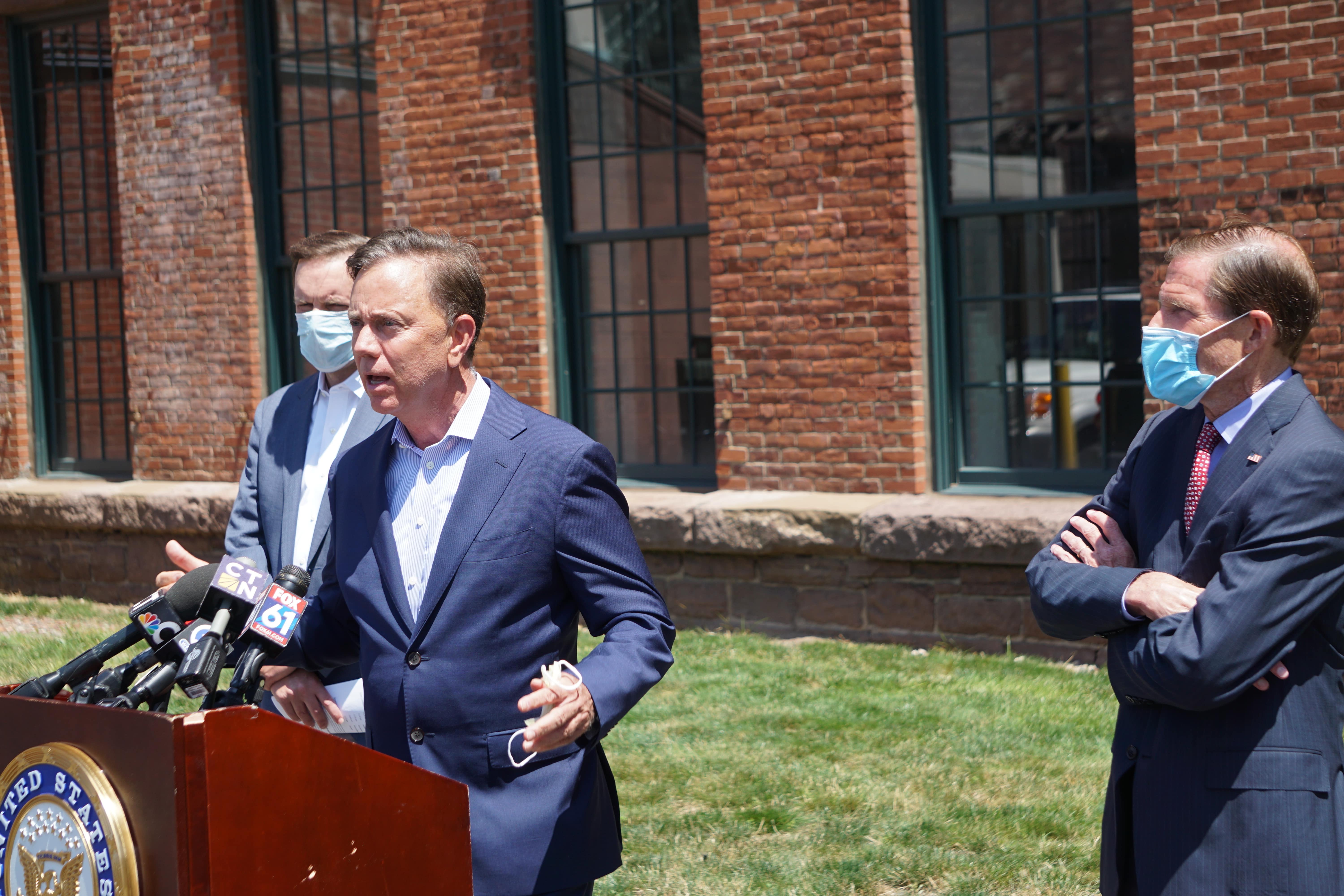 Connecticut’s recent success in combatting COVID-19 belies some troubling metrics about a lingering impact on its economy, increased infections among young adults, and the prospect that schools will not remain open during the coming academic year as the disease surges throughout the U.S.

Dr. Scott Gottlieb, the former commissioner of the Food and Drug Administration, said Thursday at a briefing with Gov. Ned Lamont that he was comfortable sending his own children back to public schools this fall, but he warned of potential interruptions in the school year.

“This is going to be touch and go between now and the end of the year,” said Gottlieb, a resident of Westport and informal adviser to Lamont about easing COVID restrictions, including the conditions for reopening public schools.

Connecticut is doing well: Its daily update Thursday showed an overall infection rate of less than 1% and its hospitals remain nearly empty of COVID patients, though there is a surge of infections among those ages 20-29. But the novel coronavirus is raging elsewhere and certainly will be felt here again, Gottlieb said.

Even as Connecticut continues to experience one of the lowest rates of new infections in the U.S., Lamont was confronted Thursday by a hospitality industry that is continuing to see horrific financial and job losses, as well as teachers who remain unsettled about the prospect of returning to the classroom next month.

Labor officials said the state recovered 73,000 jobs in June, but estimated that the jobless rate was at least 16%. The owners of two downtown Hartford hotels that rely on business and convention travel say they may have to close.

The federal Payroll Protection Program has kept businesses afloat, but it is now scheduled to end this month, long before businesses of all sizes are ready to stand on their own, Lamont said.

In a separate meeting Thursday with U.S. Sens. Richard Blumenthal and Chris Murphy, Lamont said businesses and state and local governments are desperate for Congress to speak definitively on what new aid might be forthcoming to businesses and workers.

The epidemic in the U.S. is raging, not abating, and another round of congressional assistance is needed to avoid long-term or even permanent economic damage, the senators said.

“This is a mass-extinction event for small businesses,” Murphy said.

Lamont has been squeezed by both sides in the debate about the dangers of reopening and the damages of keeping institutions closed. He has been trying to reassure nervous teachers about returning to the classroom, while also telling some businesses it is too early to open.

“It’s been 24 hours of two sides of the same coin,” Lamont said. “I just met with event planners via Zoom. It’s hundreds of folks who make a living off weddings and big banquets, and their businesses have been devastated.”

But Lamont, whose oldest daughter’s September wedding is among the many that has been postponed, said he could offer no assurances about when large events, especially those held indoors where the transmission of the disease is seen as especially dangerous, might resume.

“I just told them we are leading every day with public health as a defining lens through which we measure everything,” Lamont said. 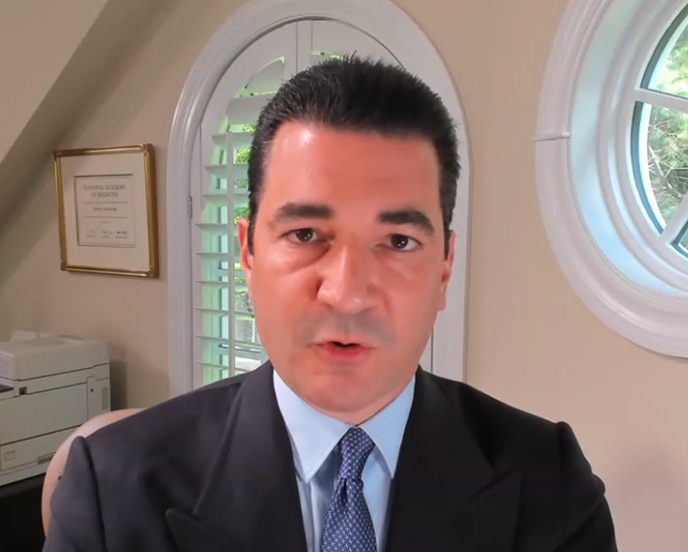 Dr. Scott Gottlieb joined the governor’s briefing by video conference. He said, “I would think at some point this is going to become epidemic again in some fashion in the northeast. We just have so much infection around the country.”

Gottlieb, who served in the Trump administration, said he advises people to avoid large indoor events, unless it is something that is a personal priority. Asked if he would attend the Republican National Convention if invited, he smiled and said, “I would not go.”

Lamont expressed confidence about reopening classrooms in the fall, even as education officials continue to work on contingency plans that include part-time attendance in shifts and on-line learning.

Early surveys of parents from a few communities in Connecticut indicated that 15% or more of students might be kept home, he said

“We’re saying, ‘Look, if you don’t feel confident with your kid going back to school at this point, we have stay at home options for them,’ ” Lamont said.

Teachers are dubious, questioning whether wearing masks, regularly disinfecting schools and segregating classes in tight cohorts to limit outbreaks will be sufficient to keep them safe.

“For the teachers, you’ve got to know I’ve got your back,” Lamont said. “Everything I’ve done to date, we’ve erred on the side of caution. As you know, when it came to reopening, we were slow to reopen. We waited for the metrics to be right. And if any state can open safely, I think it’s Connecticut, given the fact we still are under one percent, barely under one percent.”

Gottlieb agreed, but with significant caveats. Schools present challenges, and the state must be ready to adapt if infections increase, as he suspects may be inevitable.

“These are, in my view, very hard decisions, maybe the hardest decisions we are going to make, and I don’t think any plan’s going to be perfect,” Gottlieb said. “And a lot of what we’re going to do is ultimately going to depend on the circumstances that exist in the fall.”

He added that the disease is evolving, and no one can predict with certainty what the season will bring.

Lamont has tried to strike a balance between celebrating Connecticut’s recent success — and warning how quickly things can change. At his briefing, he showed a graphic illustrating the speed with which hospitals in Arizona went from being half-empty to at capacity.

“Right now we’re blessed with a lot of capacity,” Lamont said, referring to Connecticut hospitals that had just 66 COVID-19 patients on Thursday. “This chart just reminds you how fast it could change.”

Connecticut for the first time is seeing a trend that has been evident elsewhere as cases surged in the south, once bars and other gathering places reopened: A shift in new cases to a younger cohort, ages 20-29. Nearly one quarter of the 489 cases confirmed from July 5 to 11 were in that age range, though the overall rate of infections among new tests remains low.

Bars remain closed in Connecticut and as Murphy and Blumenthal noted, the state has developed an apolitical “mask culture.” Without threats of fines, officials say, the rate of compliance remains high.