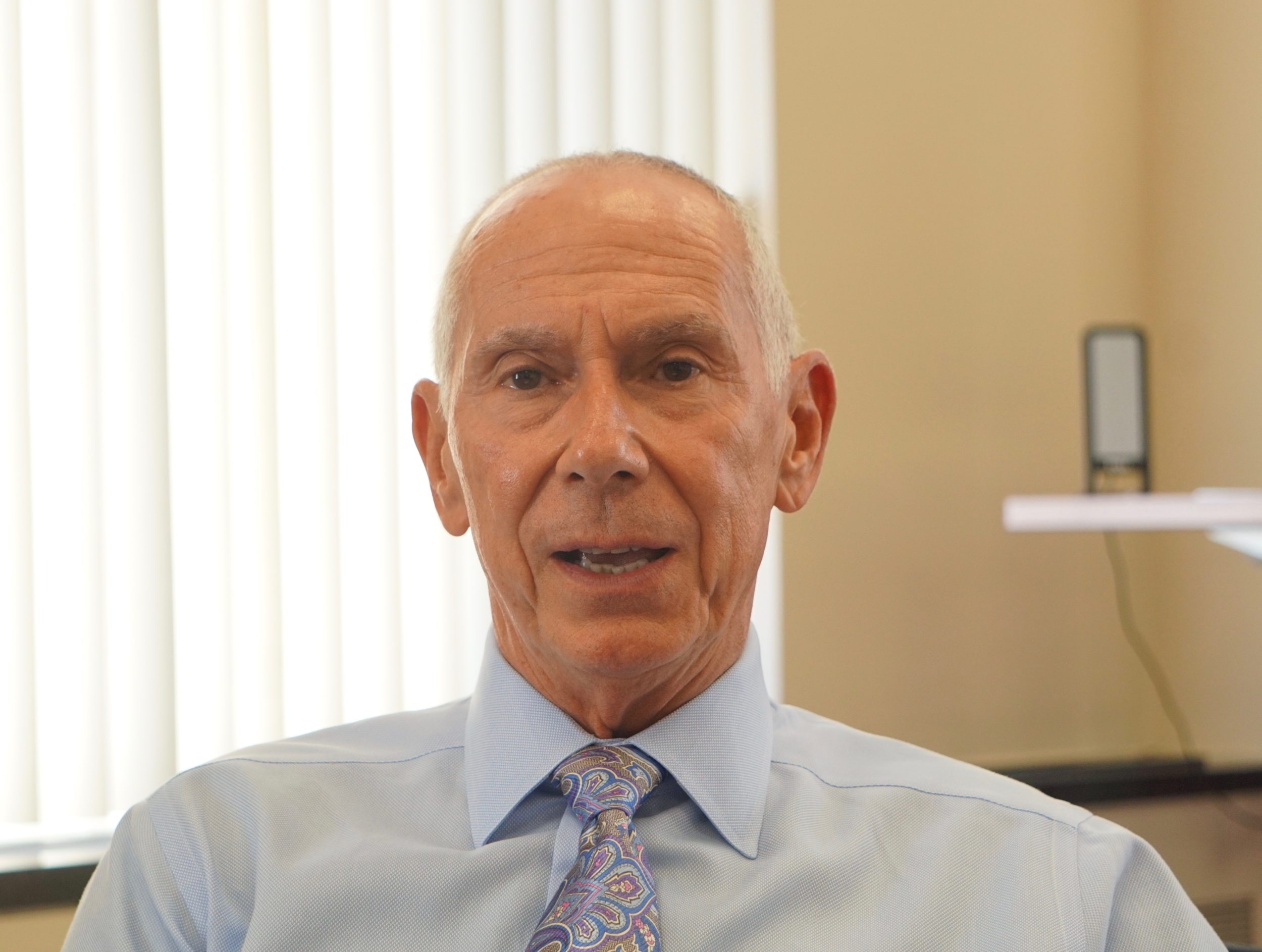 Mark Ojakian, president of the Connecticut State Colleges and Universities.

Mark E. Ojakian, the influential behind-the-scenes operative at the State Capitol who became the high-profile president of the troubled Connecticut State Colleges & Universities system in 2015, persisting in a job that defeated two academics, is retiring at year’s end.

He brought a significant measure of stability to a system in constant tumult since its birth in 2011, the product of a merger of 12 community colleges and four regional state universities forced by Gov. Dannel P. Malloy over the objections of faculty and lawmakers. Only the University of Connecticut remained outside the system.

Ojakian, who turns 66 in October, is leaving with significant work remaining on a second round of consolidations that he initiated in 2017: Keeping all 12 community college campuses, but merging them into one accredited institution.

But he said in an interview that momentum is clearly on the side of the consolidation, with support from Malloy’s successor, Gov. Ned Lamont, and the system’s governing panel, the Board of Regents for Higher Education.

“The merger will continue to move forward,” Ojakian said. “Will there be people who say, ‘Now is our time to get it stopped, because Ojakian isn’t there?’ I’m sure there will be. We have full support of the governor.”

His announced his retirement plans Wednesday. Lamont, who had taught part-time at Central Connecticut State University before his election in 2018, immediately issued a statement praising Ojakian — and the direction he set for the system.

“Over the past five years, Mark brought stability to a system that was in turmoil,” Lamont said. “He recognized that public higher education represents not just opportunity for individuals to expand their knowledge and improve their lives, but a critical component of the state’s long-term workforce development strategy. He refocused the CSCU system to put the needs of students at the forefront, and our public colleges and universities are in a much better position because of his leadership.”

The long path to accreditation reached a milestone in June when the New England Commission of Higher Education reviewed updates from CSCU about the merger and voted to take no further action on concerns raised through a public comment period.

“We satisfied all the concerns, so there was no more action to be taken on those,” Ojakian said.

With an interim president in place overseeing the merged community colleges, the system is beginning to function as a single college, though the full consolidation and accreditation is not expected before 2023.

Faculty unions have remained opposed, both to consolidation and the choice of Ojakian, a non-academic, to lead a system facing fiscal and demographic challenges. Ojakian said they never saw him as a peer.

But the opposition went far deeper: He once was hanged in effigy, a new experience for a man known at the Capitol for his ability to keep lines of communication open.

“There have been factions in the system who have been opposed to me since day one. Let’s just be candid about that,” Ojakian said, adding the system seldom has rallied behind any of its leaders. “From the day I came in, I think people viewed me as a political person, with no academic experience.”

Ojakian said the Board of Regents plans a national search for his successor, leaving open the question of whether it will seek an academic or someone from the world of government and politics. Matt Fleury, the board chair, said regents will consider the search parameters in September.

Public systems of higher education have a track record of favoring executives with political skills. The University of Massachusetts is led by Martin Meehan, a former congressman, and the University of Maine system is led by Ojakian’s former boss, Dan Malloy.

Purdue, a land-grant university in Indiana, is led by the state’s former governor, Mitch Daniels. The president of Florida State is John E. Thrasher, the former speaker of the Florida House of Representatives. The ranks of other non-traditional college presidents include former cabinet officers, a retired admiral and business executives.

The Connecticut system’s first two presidents were academics: Robert A. Kennedy had been president of the University of Maine; and Gregory Gray was the former chancellor of the Riverside Community College District in California. Kennedy lasted a year;  Gray, two. In between, a former UConn president, Phillip Austin, served as interim. 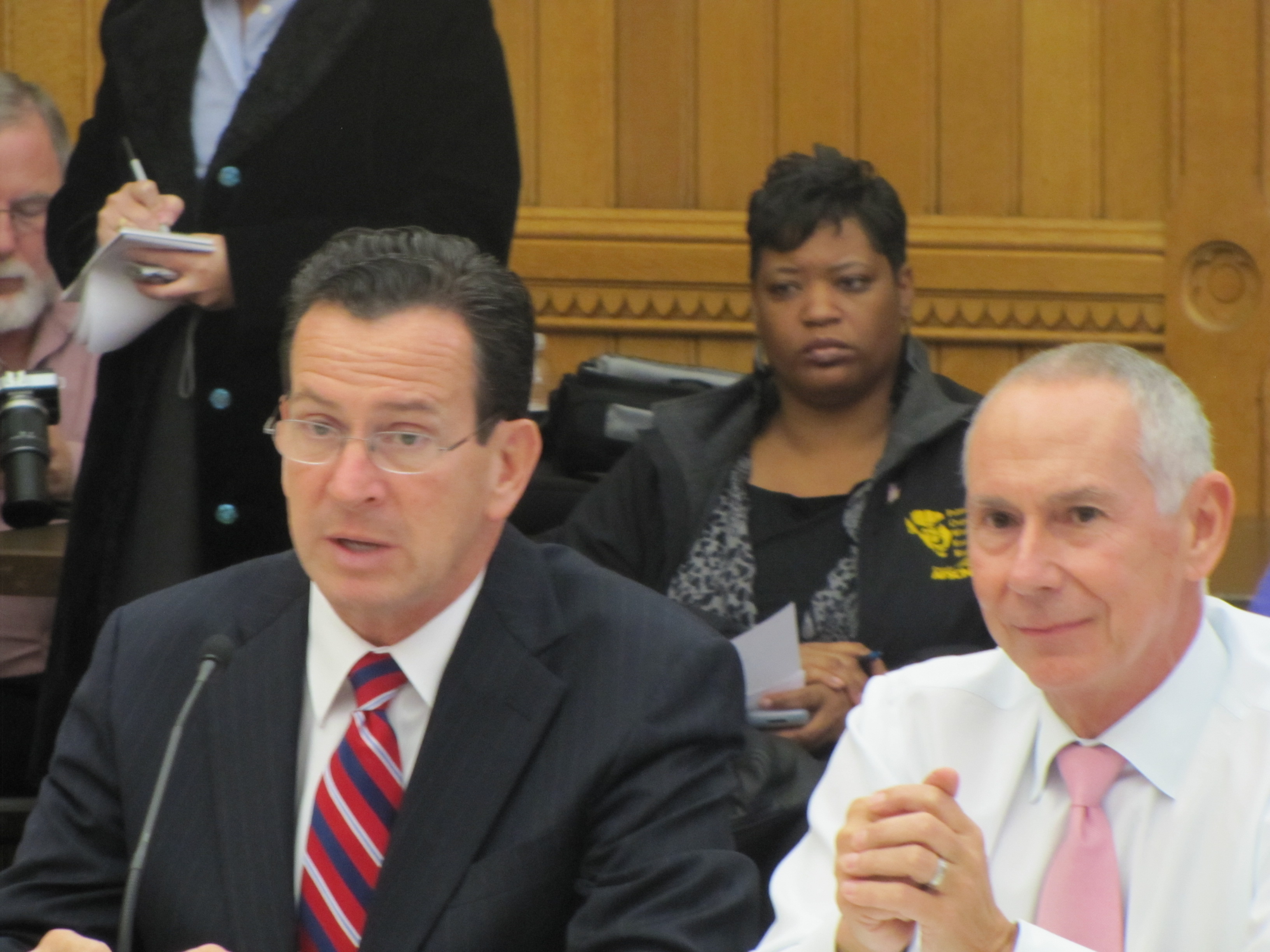 Ojakian was Malloy’s chief of staff for three years, a job that appeared to be the pinnacle of a long career in government in which he played influential roles, but always in the service of an elected official, first for Comptroller Nancy Wyman and then for Malloy.

When the opportunity arose to lead the college system, initially as an interim leader asked mainly to bring stability, Ojakian was urged by friends and others to end his career as the principal leader of an organization, not a key staffer.

“I took that advice,” he said. “It gave me an opportunity to be a catalyst for change. Now I was driving the bus.”

Ojakian came to the Malloy administration with Wyman, who was recruited by Malloy as his lieutenant governor. But Ojakian quickly became a trusted aide of the new governor, tasked with negotiating a concession deal in Malloy’s first year.

His role as a negotiator for Malloy branded him as anti-union in some eyes, a description he rejects.

The deal he negotiated required pay freezes for two years and other givebacks, but offered job protections at a time when Malloy was threatening 4,700 layoffs to close a multi-billion-dollar budget shortfall that greeted him in his first year.

“It saved people’s jobs,” Ojakian said. “I don’t appreciate being lectured by folks with no solutions.”

When Malloy’s first chief of staff, Tim Bannon, kept to his original plan to serve only for a year, the job went to Ojakian. Malloy was an activist governor who had a difficult relationship with the legislature, creating a challenge for Ojakian.

But the administration generally was successful in a legislative agenda that included a comprehensive gun control law after the Sandy Hook school massacre, raising the minimum wage and enacting the nation’s first paid sick law, and expanding gay rights.

Outside of government, Ojakian was a leader in the gay rights movement, chairing the board of Love Makes a Family, an effective lobbying force for marriage equality. As president, Ojakian said, he found himself mentoring LGBTQ students, among others.

“I didn’t realize that being a gay person in a position of authority and leadership mattered, really, to younger folks in the queer community,” he said.

Ojakian dropped his title as interim president in April 2017, appointed by the Board of Regents to a three-year term. The unions complained he was appointed without a national search.

He quickly proposed a community college consolidation that he says allows economies that will preserve make the 12-campus system and better serve students, who often complained of a difficulty in transferring credits to complete a four-year degree.

One union saw the plan, dubbed “Students First,” as a budget cut disguised as a reorganization. Elena Tapia, former president of Connecticut State University American Association of University Professors, panned the plan in December of 2017.

“Instead of cuts and consolidation, the powers that be should turn their efforts to raising revenue for our state’s public higher education system,” she said. “Enough of tax policies at state and national levels that put the greatest burden on working and middle class students and their families. Our elected and appointed leaders must stop bowing down to corporate and special interests and do the right thing for the future of our state.”

Her successor, Patty O’Neill, praised Ojakian’s approach to coping with COVID-19 in recent months, but the faculty’s opposition to the consolidation is unchanged. What began as a sensible merger of back-office functions has mushroomed into a sweeping overhaul of curriculum without faculty input, she said.