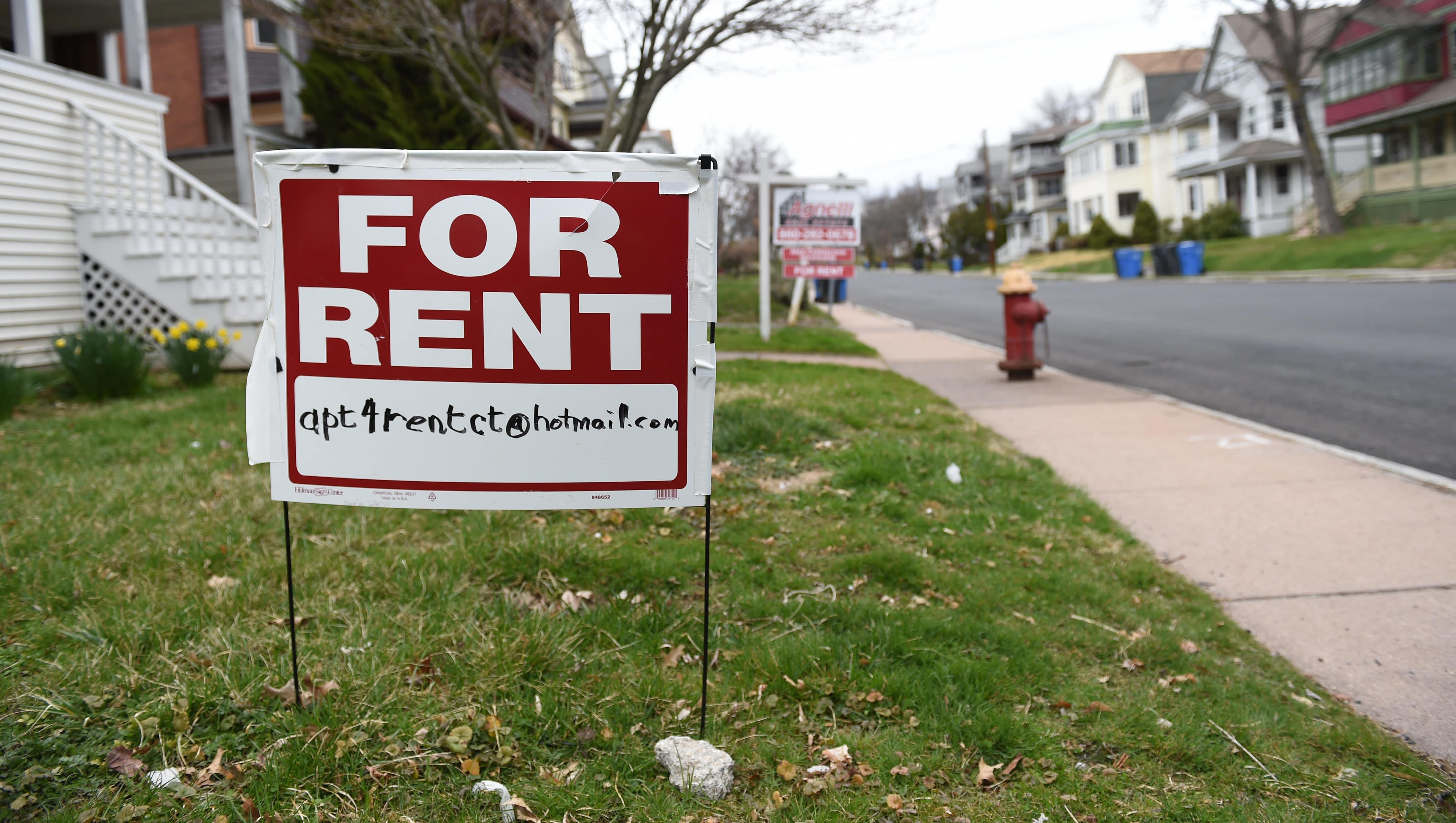 A “For Rent” sign in front of a house in Hartford’s West End.

In the aftermath of news that only two families have received rental assistance since the pandemic shut down the economy six months ago – and a group of state senators expressing frustration with the backlog of 7,400 applications –the state has decided to overhaul the program.

The state plans to quadruple the number of people processing applications, from 10 housing counselors to 45, and reduce the amount of paperwork required from those seeking help from the program, according to state Sen. Saud Anwar, who is co-chairman of the legislature’s Housing Committee.

Anwar, D-South Windsor, said officials at the Connecticut Department of Housing explained these changes during a call last Friday.

“I just want to thank the Department of Housing and the governor’s office for making this a priority and [helping] the people who are suffering at this time, including the renters and the landlords,” said Anwar.

State officials on Monday declined to answer any questions about the program, including whether the 40 families the state said would receive aid last week actually had.

“We will be issuing a press release in the next couple of days that will answer all of your questions,” Aaron Turner, spokesman for the Department of Housing, wrote in an email Monday.

Nearly 30,000 people have applied for the program, a number that has been whittled down to 7,375 through the pre-approval process. The state only has enough funding to provide $4,000 to roughly 5,000 households. People seeking to apply for the aid initially faced a busy signal or a long wait to get through, and the program stopped taking applications Aug. 28, just six weeks after it opened.

Gov. Ned Lamont hinted during a press conference Tuesday that he plans to extend the state’s eviction moratorium, which is set to expire at midnight tomorrow.

“Look, I think we’re gonna have to extend that. But I don’t want to just extend that, I want to extend that as part of our process to make sure that we have rent relief that allows landlords and tenants to create a path so people can start paying and making due on their rent payments,” said Lamont, a Democrat. “So I think we’re going to be able to roll out both the extension on the non-eviction as well as our rent relief strategy over the next few days.”

Asked if more families have received aid, Lamont said he wasn’t sure.

“I can’t speak to that. I can speak to the fact that we’re working with all the rent counselors out there. They know the amount of money we got, additional money available as needed. It’s not simply a matter of just handing out money to landlords and tenants,” Lamont said. “That’s not the way we’re going to do it. It’s going to require a discussion and negotiation between tenant and landlord to make sure that they have a way that they can stay in their apartment safely for the foreseeable future.”

Housing advocates say Connecticut and the country are facing a housing crisis brought on by the pandemic’s impact on the economy.

Twenty percent of tenants in Connecticut are behind on rent, the U.S. Census Bureau reported Sept. 9. Women, Black and Hispanic people, and those living in the state’s largest cities are disproportionately affected by the economic downturn and the resulting housing crisis. Renters typically earn less than half that of homeowners.

A coalition of housing advocates from the group Home Connecticut estimates that between $400 to $1 billion is needed to stem the expected eviction crisis. With the courts reopening to hear about 1,000 eviction cases that date back to before the pandemic began in March, advocates have asked the governor to stop marshals from escorting these tenants from their homes.

“This is placing many families at risk of homelessness as the COVID-19 pandemic continues,” the group wrote. “As the eviction moratorium necessarily continues, more landlords are struggling. When landlords lose steady rent payments, they risk not being able to maintain or improve their properties and of missing utility or property tax payments. We risk losing some of these properties as affordable rental homes, which will extend the impact of the pandemic on vulnerable individual and families’ housing stability.”