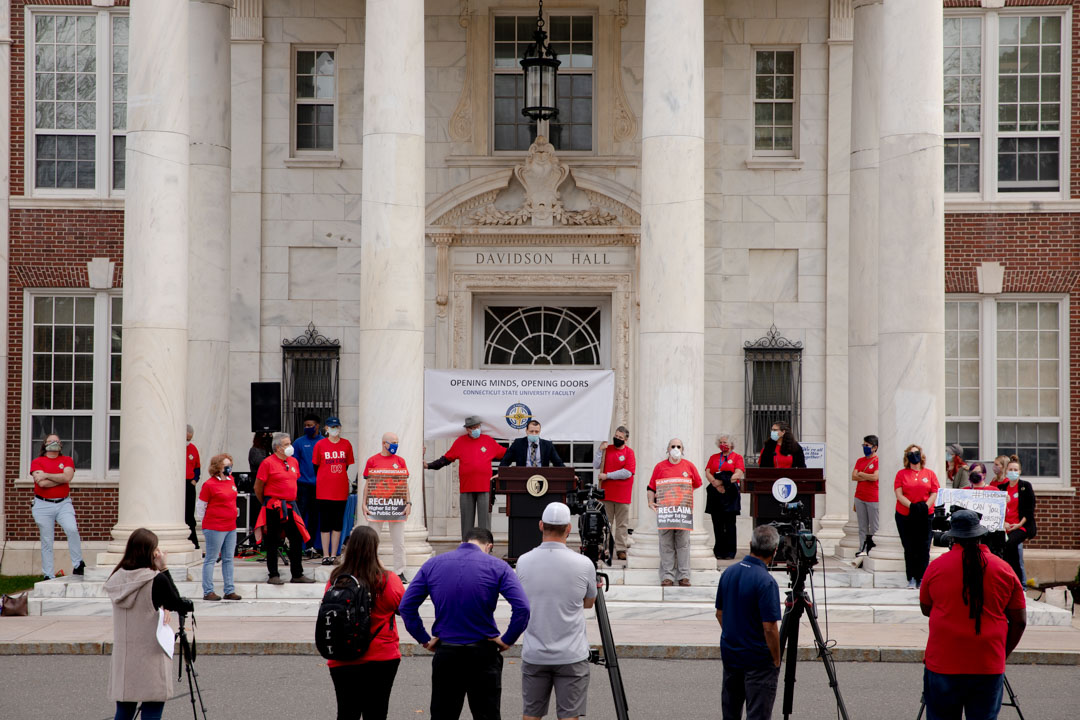 Students, alumni and faculty hold the press conference in response to the Board of Regents President Mark Ojakian voting on Oct. 15 to impose $8 million in additional cuts at the four regional state universities.

Students, alumni and faculty from across the four regional state universities called for Gov. Ned Lamont and legislators to provide emergency funding in the wake of massive budget cuts to the Connecticut State Colleges and Universities system.

Faculty union members joined former and current students at Central Connecticut State University on Wednesday to bring attention to the long-term impact the cuts will have on the future of Connecticut’s college students.

Professors and students fear this will lead to significant cuts to part-time faculty, which would create larger class sizes and less individual attention from instructors.

“I implore the [Board of Regents] and any legislators who may be listening to push back against these cuts and to think long-term,” former CCSU student Andrew Ianni said. “It might seem like cutting budgets and demanding concessions will be good, and for the short term, it might appear so. But in the long run, students won’t receive the care and aid they need.” 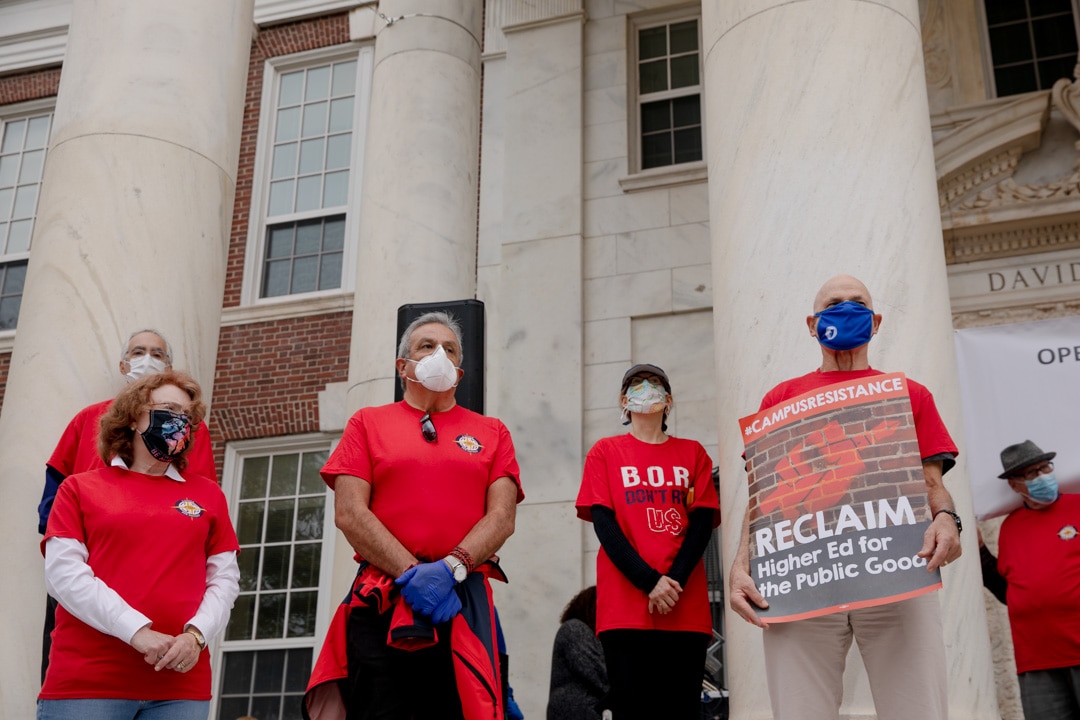 Students, alumni and faculty attend a press conference in response to $8 million in additional cuts at the four regional state universities.

The CSCU system as a whole – which includes the dozen community colleges and four regional state universities – had a total deficit initially pegged at $69 million. At the Oct. 15 Board of Regents meeting, the board voted to make $8 million in additional cuts at the state universities, and the central office is leaving decisions about how to make the bulk of the cuts to individual university leaders.

“As the governor and legislators make decisions about how to jump-start our economy and put it on a firm footing for post-pandemic reality as they consider providing aid to our hospitals, our small businesses, our nursing homes and our municipalities, they cannot forget about the universities,” said CSU-AAUP President Patty O’Neill. “Our students are the nurses, the engineers, the social workers, the police officers, the teachers and the business owners.”

Lamont spokesman Max Reiss said the governor’s office continues to be in touch with various institutions and agencies to discuss the impact the pandemic has had on them, adding that they are also working with congressional members to see what additional support the state could get from the federal government.

Typically, the state’s public colleges and universities receive a lump sum from the state and are left to balance their budget themselves.

But the governor’s budget director signaled this week that help may be on the way. In her monthly budget forecast, Melissa McCaw wrote that the administration may direct state or federal resources to the CSCU system.

“Our projections do not include a significant potential shortfall in the Connecticut State Colleges and Universities system, primarily due to pandemic-related impacts on enrollment and residential occupancy resulting in declines in tuition and fee revenue,” McCaw wrote. “Depending on measures the system may adopt to address the issue as well as potential assistance from federal CARES Act funding, the scale of this deficiency could materially impact our estimates later this year.”