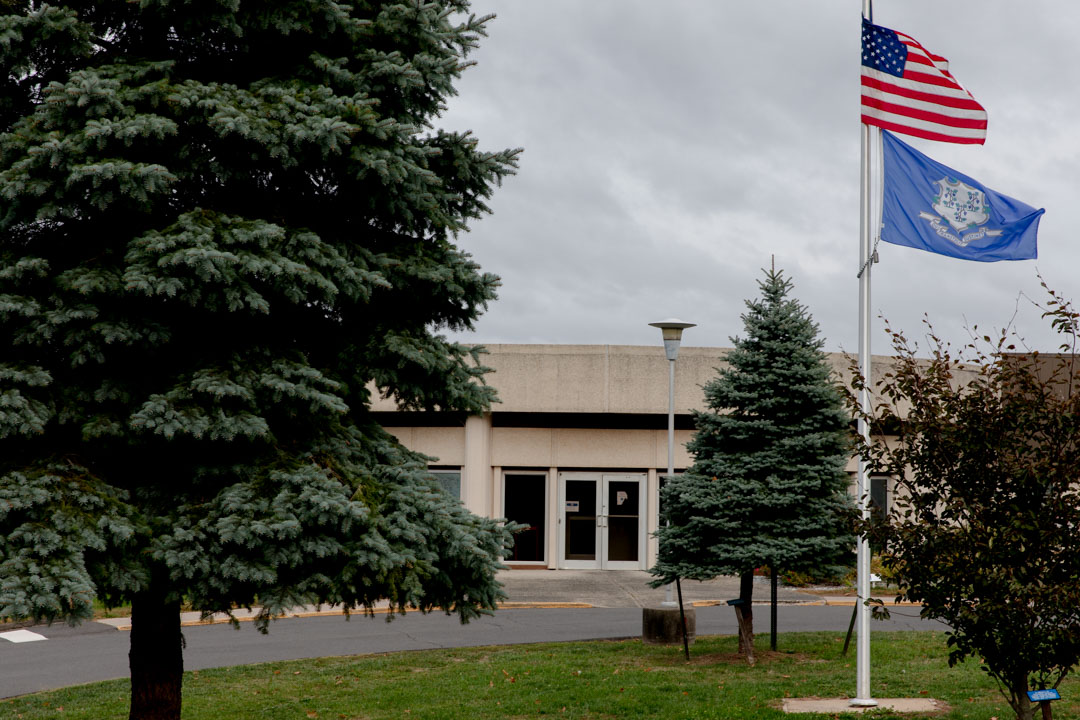 Whiting Forensic Division in Middletown on Tuesday, Oct. 13, 2020. The hospital provides treatment and evaluation services for patients with mental health conditions who are involved in the criminal justice system, or are not ready to be safely treated in less restrictive settings.

The CVH Whiting Task Force on Tuesday recommended that lawmakers start thinking about how to close Whiting Forensic Hospital — the maximum-security psychiatric hospital in Middletown — and transfer patients to a more modern building more amenable to their care.

Task Force co-chair Michael P. Lawlor acknowledged that it will be a “long process” for legislators to replace the building. It will include allocating the money for a new facility, determining its capacity by gauging how many patients actually need to be in a maximum-security setting, designing a building that has an architecture that meets modern standards for long-term hospital care in a secure setting and gathering input from all relevant parties.

The proposal is among a set of preliminary recommendations the task force will forward to the General Assembly for legislators’ consideration in the 2021 session.

The law that created the task force mandated they submit a final report by Jan. 1, 2021. But, Lawlor said, the pandemic greatly affected the task force’s work, making them unable to meet for several months at the beginning of the COVID-19 outbreak. The group will submit a preliminary set of recommendations at the beginning of the legislative session and then will submit a final report in time for the Public Health Committee to take action in the 2021 session.

Task force members noted the hospital, which was formed as “Whiting Forensic Institute” and founded in 1970, had “dreary surroundings” and “stark primitive conditions,” including rats.

“There was unanimous agreement that the maximum-security facility is, in part, a reason for ‘hopelessness’ on the part of patients and low morale on the part of staff,” reads a draft of the proposal, explaining task force members’ visit to Whiting before the pandemic.

The recommendation says the outdated design presents several safety issues: Patients’ and staff members’ ability to move from one part of the building to another is limited to a single hallway; some stairwells lack cameras; a number of programs are held in windowless basement areas; most patient rooms lack natural lighting; and outdoor recreation is limited to a diamond-shaped, empty section of grass. 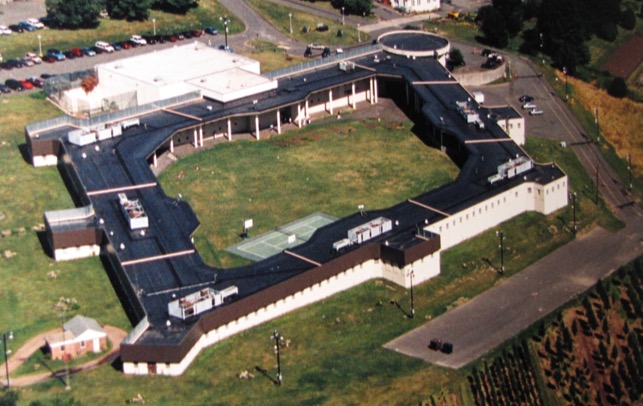 Another issue the task force is grappling with could affect lawmakers’ plans for a new hospital: patients sent to Whiting for competency restoration — psychiatric treatment necessary for them to be able to understand criminal charges against them or assist in their own defense. When Dutcher Hall — a less secure section of Whiting Forensic Hospital — fills all its beds, patients admitted to the hospital for competency restoration, generally the population there for the shortest period of time, are frequently moved to the maximum-security facility and housed alongside those under the supervision of the Psychiatric Security Review Board, those acquitted of criminal charges and who are generally held at the Middletown hospital for long periods, even decades.

Figuring out how to best serve people with mental health conditions who get ensnared in the criminal legal system is especially important, considering judges are ordering competency exams in an increasing number of criminal cases, even as arrests decline and the number of people in correctional facilities shrinks. Lawlor, the previous undersecretary for criminal justice policy and planning for Gov. Dannel P. Malloy, suggested the uptick in competency exams is “probably by default: people who should be in some type of appropriate [community] care are ending up in the criminal justice system because there’s just no other alternatives available.”

Other members of the task force proposed performing competency restorations on an outpatient basis. Lawlor said the General Assembly might be inclined to expand community services instead of relying on police to deliver services to, or arrest, people with serious mental health conditions. Expanding community-based alternatives could mean fewer people wind up at a hospital like Whiting in the first place.

“We should be looking at the root causes of this to prevent this from happening in the first place,” said Paul Acker, a task force member and senior policy advisor for Advocacy Unlimited.

The task force will also ask lawmakers to reconsider the role of the Psychiatric Security Review Board, which supervises people found not guilty by reason of insanity.

“I think we all agree the process can be improved upon,” said Dr. John Rodis, a task force member and former president of St. Francis Hospital.

PSRB patients can be institutionalized for decades, cut off from the outside world for much of their lives. Lori Hauser, a forensic psychologist at Whiting and member of the task force, suggested streamlining the process for these patients to be transferred to different sections in a hospital, allowing for defense attorneys and prosecutors to agree to a transfer and then notify the board, rather than holding a full hearing.

Others proposed disbanding the PSRB entirely, or at least re-introducing a bill from 2018 that would reform the board and require them to consider patients’ needs, not just public safety, when deciding whether to discharge a patient back to the community.

“We’d love to see it eliminated completely. But if we’re going to look at this incrementally, then we really wouldn’t be satisfied with anything less than what was in that proposed bill,” said Nancy Alisberg, the task force’s patient advocate.

The task force will next meet on Jan. 5, the day before the session, where they will continue to review recommendations to give lawmakers.