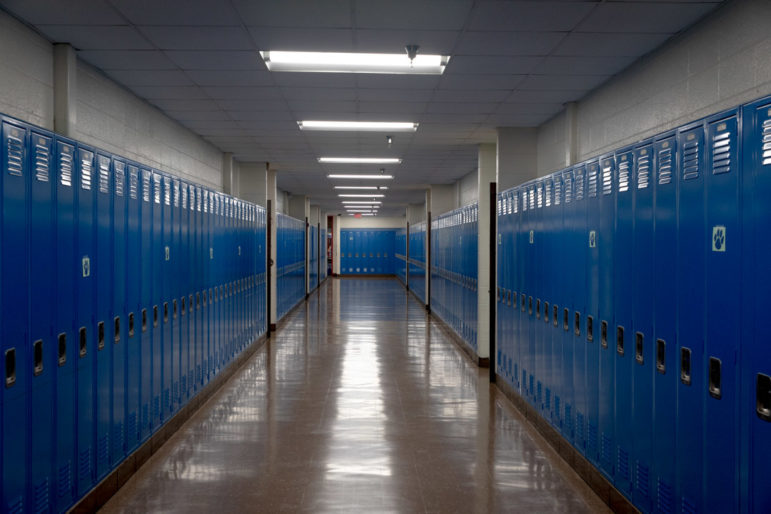 A coalition of superintendents from around Connecticut is calling on lawmakers to build in a 2.5% annual increase in state spending for public schools — a $52.3 million boost for the upcoming fiscal year, and a $898 million increase over the next 15 years.

“The State of Connecticut cannot and will not reduce inequities in its school funding system unless it significantly increases state aid as a percentage of all revenues dedicated to public schools,” said the 25-page report released Tuesday by the Connecticut Association of Public School Superintendents.

The report from the superintendents association joins a growing chorus of organizations unhappy with the way the state currently funds its public schools. That system — which relies heavily on local property taxes — is slated to spend about $40 million a year over the next eight years.

Facing deficits and eroding revenue brought on by the economic fallout from the pandemic, Gov. Ned Lamont has been non-committal about whether he plans to even follow the state’s school funding formula.

The superintendents association, a powerful lobby at the state capitol, makes the case in its report that the state’s current funding trajectory will exacerbate Connecticut’s existing achievement gaps between poor and rich districts.

“Two years ago, we began to discuss how we could address the educational and fiscal challenges we continued to hear about from our public school leaders,” CAPSS Executive Director Fran Rabinowitz said in a press release. “We realized we needed to design a comprehensive and long-term set of recommendations, understanding that true improvement in public education in Connecticut requires far more than funding.”

In the 25-page report, the association points out the vast disparities in per-pupil spending by district, “demonstratively unacceptable” opportunities by racial and ethnic groups, and an “over-reliance” on local property taxes to fund schools.

Religious leaders met with top Democratic legislators and the governor last month to call out the “racist and classist” way the state funds the struggling, segregated schools in their neighborhoods. One suggestion made during these conversations is looking to tax reform to solve the problem with school funding.

Property taxes account for 56% of all K-12 revenue in the state – putting Connecticut in second place nationally for its reliance on local property taxes, according to 2017 data from the U.S. Department of Education. The constant increases over the years in state aid directed largely at the state’s poorest schools hasn’t resulted in a reduction in the share of K-12 spending being covered by local property taxes, state data shows.

One of the 30 recommendations CAPSS makes in the report is to simultaneously increase state spending while decreasing local spending so the state and towns are paying the same share — 47%  — to fund schools. The remaining 6% comes from federal funding.

“Moving toward a state share, not town by town, but in the aggregate of 47% of all costs of public education, with matching local contributions of roughly 47%, is the only fair and equitable solution,” they write. “This goal should help shape the amount of new funds in [Education Cost Sharing] and other state grants.”