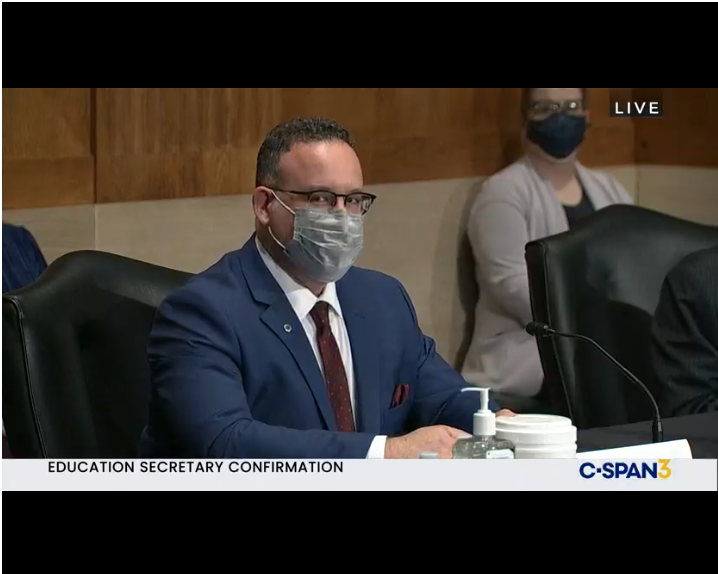 Miguel Cardona during his confirmation hearing

In a swift meeting, senators on the committee voted 17 to 5 to forward Cardona’s nomination to the U.S. Senate for final approval.

Read more about his confirmation hearing here, the work he did as an educator in Meriden here, and his efforts to reopen schools as the state’s education commissioner here.