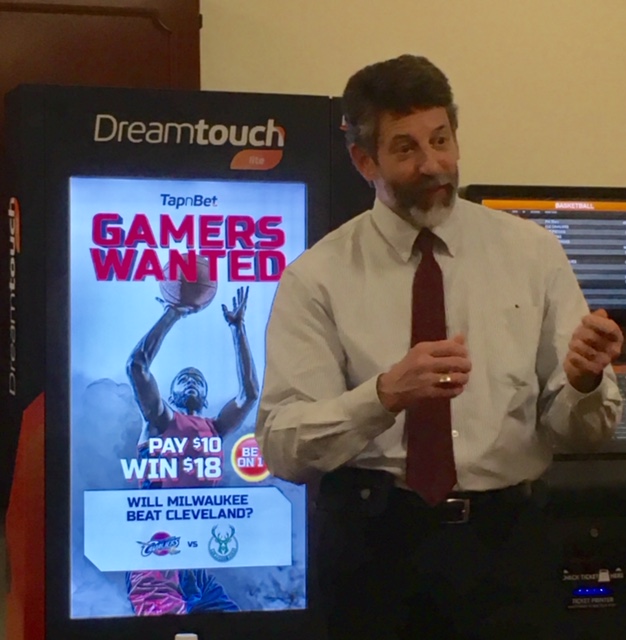 Gregory Smith, the CT Lottery president and CEO, in front of a sports betting terminal display in 2019.

Two years ago, the new chief executive of the Connecticut Lottery Corp. invited lawmakers and reporters to hear his vision of a gambling future in which CT Lottery could take bets on sports and make lottery games available online.

The pitch by Greg Smith seemed audacious for a quasi-public agency still haunted by a history of blunders and scandals that led to the departures of top officials, destabilizing its leadership and sowing doubts about its core competence and culture.

Now, in what would be a remarkable turnaround, CT Lottery has a chance at winning legislative authorization to make every smartphone and laptop a lottery retailer, a significant market expansion backed by the administration of Gov. Ned Lamont.

Lawmakers suspect that the administration also is positioning the lottery for a role in taking bets on sports, the subject of continuing negotiations with the tribal owners of the state’s two casinos, Foxwoods Resort and Mohegan Sun.

Paul Mounds, the governor’s chief of staff, acknowledged that the administration recruited Rob Simmelkjaer, a former senior NBC Sports and ESPN executive, as the lottery’s board chairman last spring with the intent of helping Smith rehabilitate the agency’s image and fuel its growth.

“We knew that there’s definitely going to be discussions, as it deals with an expanded role of the lottery, and we wanted to identify someone who brings instant credibility,” Mounds said.

Mounds declined to directly address the most intriguing  question about that growth: Does it include sports betting, the subject of confidential negotiations with the state’s two federally recognized tribes, the Mashantucket Pequots and Mohegans?

“We knew that we wanted as an administration to pursue sports gaming. And we needed more people with expertise, to be able to provide insight and guidance of the industry to the administration,” Mounds said. “As it deals with the lottery, I’m not at the position to speak about any particular role.”

The tribes declined to address the prospect.

It may be a question that comes up Tuesday, when several gambling expansion bills are up for a public hearing before the legislature’s Public Safety and Security Committee, which has jurisdiction over gambling legislation.

The tribes have exclusive rights to casino games in Connecticut, and their position is that sports betting is a casino game. The same was true of KENO, a game now offered by CT Lottery under the terms of a deal struck with the tribes.

Lottery officials intend to make a case for them sharing in sports bookmaking, a push that lawmakers say most likely would not come from the new board chair without at least the tacit approval of the governor’s office. 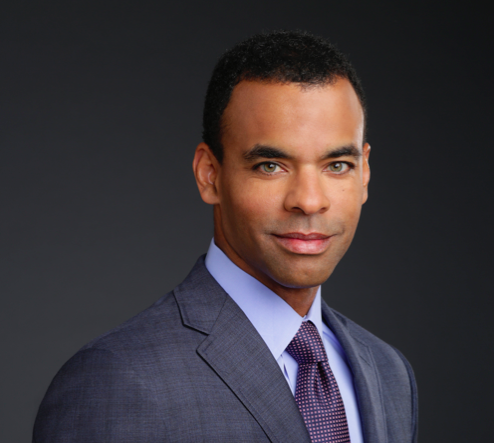 “We’re very confident that there is a deal, an agreement to be reached, one within reach with the tribal leaders and one that will hopefully include Lottery,” Simmelkjaer said in an interview. “We believe that that’s the path that makes the most sense for the state of Connecticut, for the taxpayers of Connecticut.”

Rep. Maria Horn, D-Salisbury, co-chair of the public safety committee, said the administration’s recruitment of Simmelkjaer, whose duties at NBC and ESPN included researching the increasing relationship between gambling and sports, suggests the administration’s interest in lottery expansion goes beyond online sales.

Smith and Simmelkjaer impressed legislators last month at an informational hearing on gambling that provided many lawmakers with their first chance to assess the new team, Horn said.

“I had a lot of conversations following the informational forum that we conducted, in which legislators told me, ‘Well, they seem on top of their game.’ This seems like a different kind of operation,” Horn said.

The financial success of the lottery, which turns 50 next year, is unquestioned. In the fiscal year ending June 30, it produced profits of $347 million to the state and $822 million in prizes to gamblers on sales of $1.3 billion. And that was down from the previous year, as sales were depressed by the COVID-19 pandemic.

Annual payments to Connecticut by the two casinos, which pay the state 25% of the gross profits on slots, peaked in 2007 at $430 million and have fallen steadily in the face of casino expansion in Massachusetts, Rhode Island and New York.

More than half of the lottery revenue comes from the sales of instant scratch tickets, often an impulse purchase that raises concerns about the contribution of the lottery to problem gambling, especially if gambling moves online.

“We think that the states that have already gone online with their lottery have already shown that there are a number of responsible gaming safeguards that exist online, that cannot as easily be implemented in brick and mortar locations,” Simmelkjaer said. “Examples would include things like allowing players to set, as well as allowing us as Lottery to set, deposit limits and spend limits.”

But a string of issues undermines the lottery’s standing at the General Assembly.

Anne Noble, the president and chief executive, resigned in 2016, a year after the discovery of fraud by retailers in one of the lottery games, 5 Card Cash. In 2017, while the lottery was under interim leadership, a mistake in a drawing forced a do-over at a cost of $1 million. The acting CEO, security director and human resources director departed soon after.

Simmelkjaer, 49, was named chairman of the board last May, amid a pandemic that ended the 2020 legislative session before his nomination was confirmed. He knows to expect questions about the lottery’s rehabilitation at his confirmation hearing later this year.

“It really started with Greg and his ability to sort of steady the ship to instill more confidence and more stability in the executive staff of the lottery. It has taken a little bit of time, obviously, but he had already started the process of creating more stability, better morale, and a stronger sense of mission for the staff of the lottery,” Simmelkjaer said. “I came in in May and immediately got to work on putting some of these issues behind us.”

Simmelkjaer, who lives in Westport and is active in Democratic politics, was a delegate to the convention that nominated Lamont in 2018. Then an NBC executive, he and Lamont, a former cable television entrepreneur, found common interests in business. He offered to help if Lamont saw a task for him.

Lamont approached him in late 2019 about the lottery.

“The history was there. And so I was fully aware of what I was walking into,” Simmelkjaer said. “But I think what gave me the confidence to say yes was not just the governor’s commitment and my trust in the governor and the lieutenant governor to do things the right way, but also talking to Greg.”

He said they met at a Chili’s Grill & Bar off I-95 in December to talk about the challenges and opportunities facing the lottery. He accepted the governor’s offer in the spring and began by redirecting the leadership and staff to the future.

“My first conversation with every single board member, as well as with the senior staff of lottery when Greg took me around the offices and introduced me to various department heads, my message was very consistent: We have to put these things behind us and instill confidence, both in Hartford and with the public, as to CT Lottery’s ability to execute on our existing business, because there are tremendous opportunities in front of us to grow this business and grow the impact that we’re making in the state,” he said.

Sen. Cathy Osten, D-Sprague, whose district is home to both casinos, is the sponsor of a bill that would legalize sports betting, reserving all rights for the tribes. She said the lottery needs more time to show it has rebounded.

“Some legislators recall vividly the problems with the lottery in the past, and they have raised that issue and asked those questions, but I think, for the most part, those questions have been answered,” Horn said. “And so I think there is a good amount of faith in the lottery.”

Whatever the legislature ultimately decides about gambling expansion, Simmelkjaer said he believes the CT Lottery has reestablished its credibility through Smith and his staff, including a former Republican lawmaker Chris Davis, who now is the agency’s legislative liaison.

“We’re getting a pretty positive vibe. People feel there’s a difference,” he said. “They sense that things are moving in the right direction.”