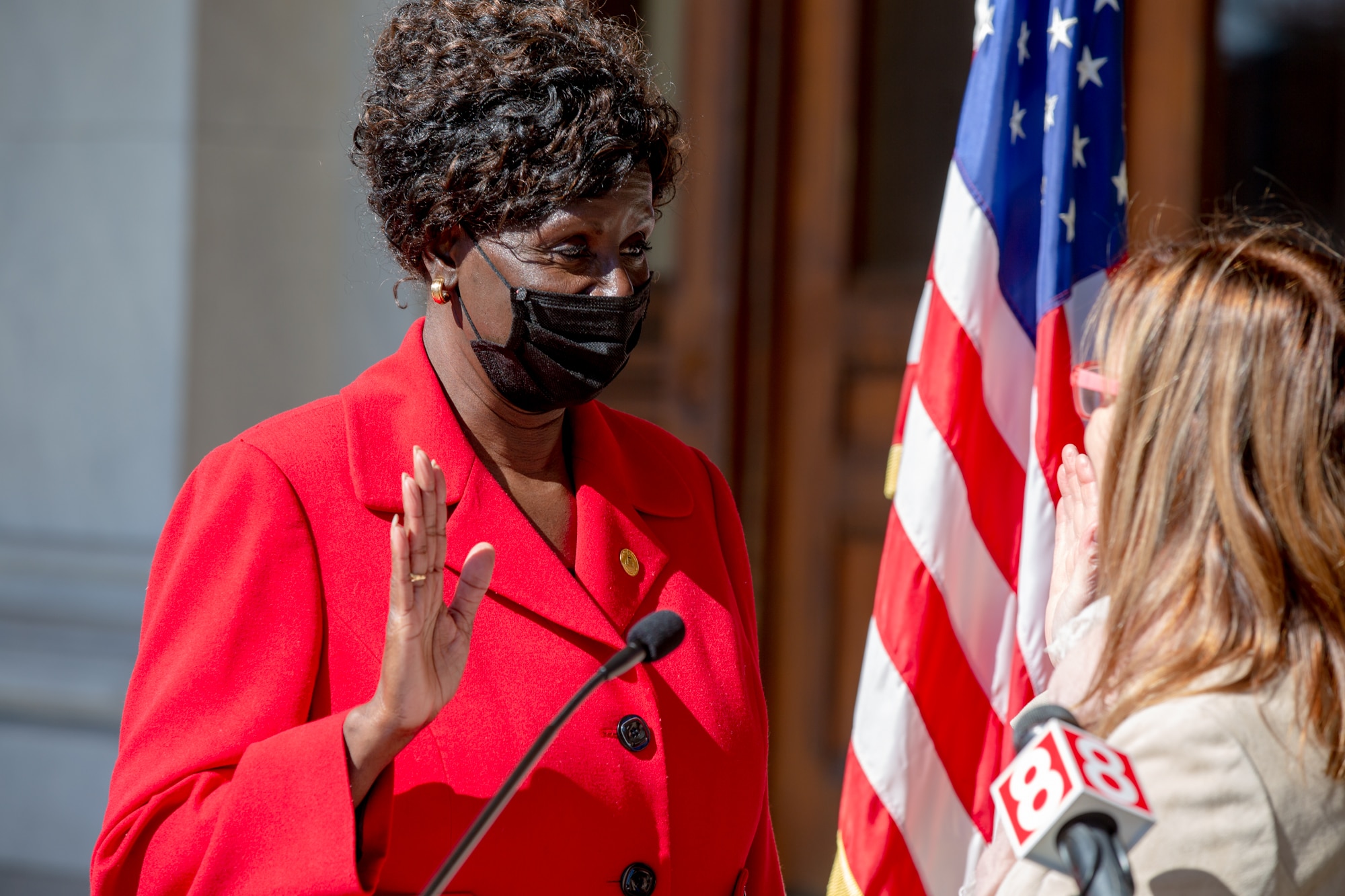 Senator Patricia Billie Miller is sworn in as the new state Senator for the 27th District representing parts of Stamford and Darien at the state Capitol on Monday.

Patricia Billie Miller took the oath as Connecticut’s newest state senator Monday, becoming the first woman and first person of color elected to the Senate from Stamford and placing two Black women in the Senate for the first time.

As other speakers described the history of the moment, Miller closed her eyes and shook her head, momentarily overcome. She leaned in to her close friend, Rep. Robyn Porter, D-New Haven, another member of the Black and Puerto Rican Caucus.

Miller, 65, who won a special election last week after a dozen years in the House of Representatives, took the oath from Secretary of the State Denise Merrill outside the state Capitol. She succeeds Carlo Leone, who resigned to join the Lamont administration.

Her decision to run for the Senate was not automatic. In the House, she chaired the bonding subcommittee of the Finance, Revenue and Bonding committee, an influential assignment. But she said history beckoned.

On the night Barack Obama was elected president in 2008, Miller became the first Black person elected to the General Assembly from Stamford, becoming a footnote to the election of the first African American to the presidency.

Miller spoke of history Monday — and of local politics and friendships. Christel Truglia, who held the 145th House District seat for two decades before Miller, was in the small crowd gathered in the sun on the south side of the Capitol, a COVID-19 precaution. 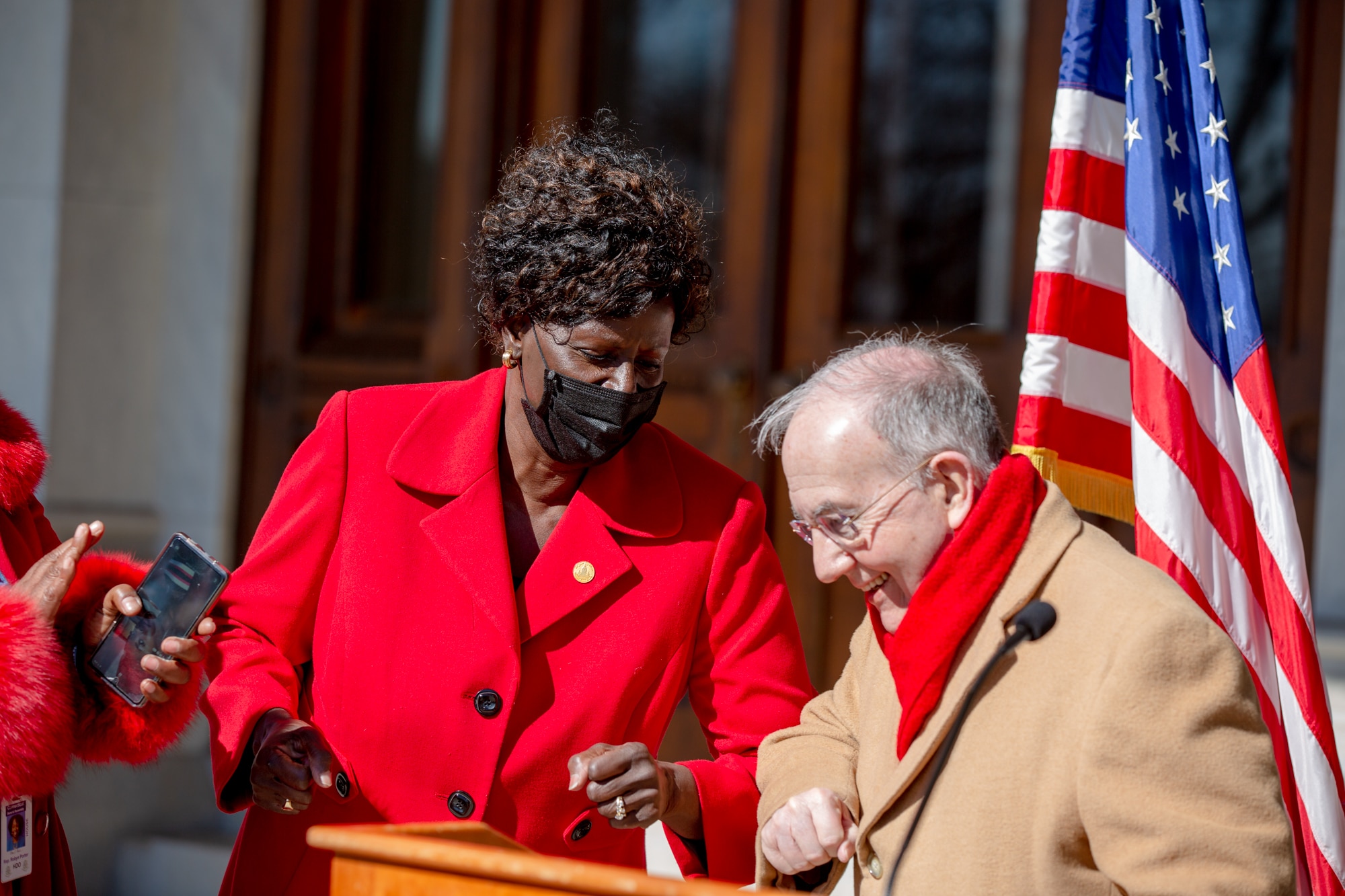 “This is such an honor to walk in your shoes and to follow you and your husband,” Miller said, turning to Truglia, who stood with her son and daughter.

Attorney General William Tong of Stamford, who served with Miller in the House and considers her a close friend, said the 27th Senate District has had “a lineup of heavy hitters.”

Stamford is the fastest growing of the state’s four largest cities. With an estimated population of nearly 130,000, it trails only Bridgeport and is likely to vie with New Haven as the second-largest when the 2020 Census is released.

All of Stamford and its suburb of Darien are within the 27th District, making it wealthier and less racially diverse than the Senate districts based in the other three cities.

Stamford has twice the land area of Bridgeport, New Haven and Hartford, and it has benefitted from its commuter rail connection to New York. With a median household income of $93,000, it is the wealthiest of the four cities.