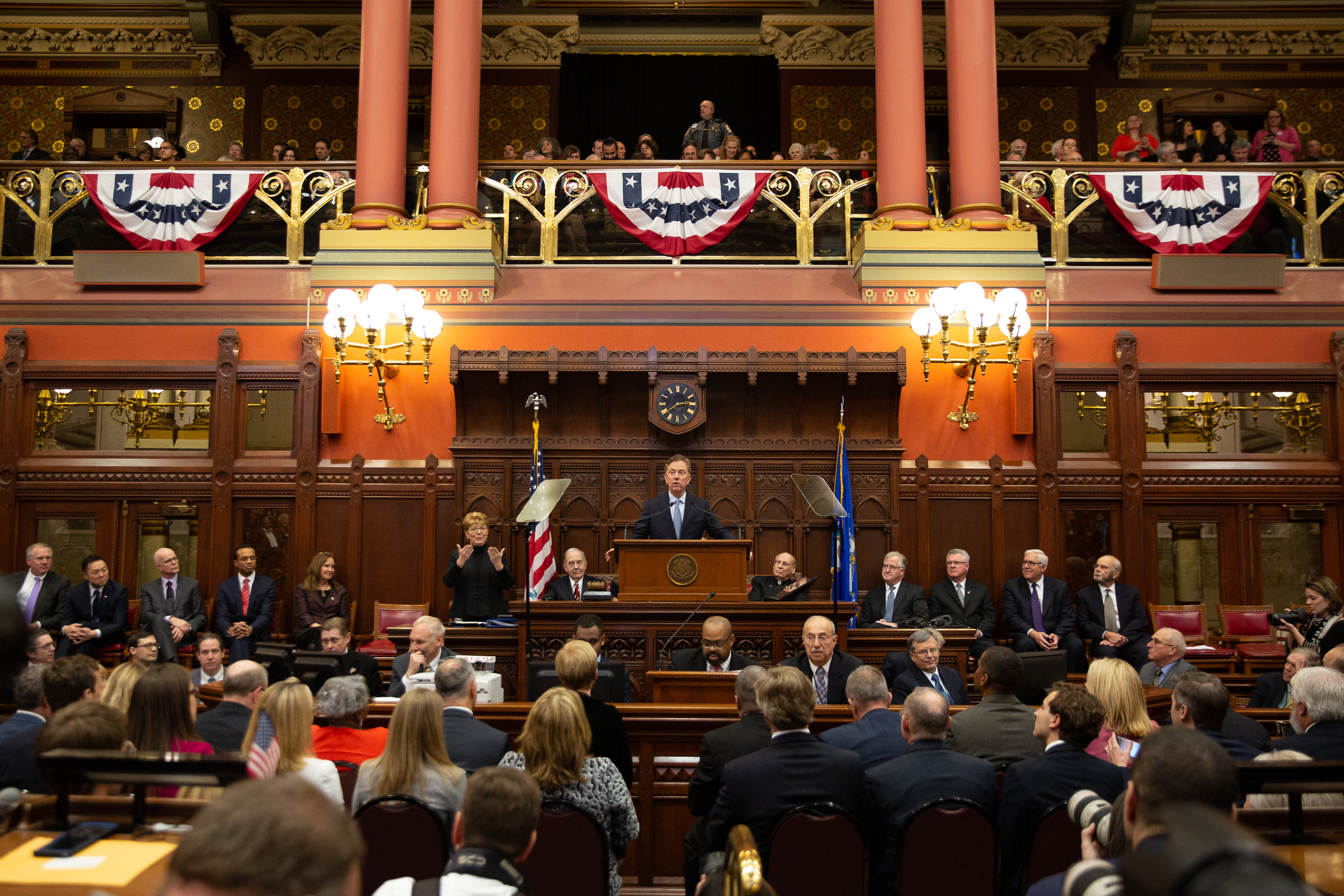 The state House of Representatives unanimously approved a bill Tuesday to ensure the General Assembly has an equal voice with Gov. Ned Lamont in carving up more than $2.6 billion in new federal pandemic relief headed Connecticut’s way.

The measure, which the Senate is expected to approve next week, also directs the administration to give lawmakers a detailed accounting of how federal coronavirus aid has been allotted to date.

The bill, lawmakers asserted, is not a “power grab” or an effort to battle Lamont for control of the American Rescue Plan Act funds authorized by Congress and President Joe Biden earlier this month.

Connecticut’s recovery will be planned, said Rep. Toni E. Walker, D-New Haven, longtime co-chairwoman of the Appropriations Committee, “as a team, as a state. We do it along with the governor. We do it side-by-side, Democrats and Republicans.”

Paul Mounds Jr., Lamont’s chief of staff, said after Tuesday’s House session that “this legislation is consistent with Gov. Lamont’s approach since the beginning of the pandemic, which has been to work with the legislative branch throughout the pandemic emergency on critical decisions.”

Mounds added that the administration has followed a transparent process regarding the use of federal relief funds since the pandemic began. “All expenses relating to federal funding have been posted online and reported to the General Assembly and Office of the Comptroller,” he said.

But legislators from both parties have complained periodically that the administration hasn’t provided sufficient detail on how previous rounds of federal relief have been spent.

This measure directs the governor to provide a detailed accounting on past spending, and a proposal for how he would use the latest round of relief, to lawmakers by April 26.

From there, the Appropriations Committee would have until May 16 to develop its proposal, which then would go to legislative leaders and the governor’s office for final negotiations.

Connecticut’s state and local governments are expected to receive about $4.35 billion as part of the American Rescue Plan, with more than $2.6 billion sent directly to state government.

The remainder would be distributed among municipalities and regional organizations.

House Minority Leader Vincent J. Candelora, R-North Branford, objected in early January when Lamont’s emergency powers were kept in place through April 20, instead calling for an extension only through March 1.

While the governor needed emergency authority during the early months of the pandemic, Candelora said, the time is overdue for legislators to plan a holistic recovery from the coronavirus — one that addresses not only vaccine distribution but also a host of education, health care and economic issues.

“This is the time, now, where we start to be part of the process and make sure that the people we represent are being addressed,” Candelora said, adding that legislators are the segment of government most in touch with the public and best-suited to tackle problems “in all of the nooks and crannies of Connecticut.”

“The very nature of any pandemic response requires agility and flexibility – federal guidance has changed and evolved throughout the past year – and we recognize that there will likely be changes even after the governor provides us with his allocation plan in April,” they wrote.

Last-minute language added to the relief measure by the U.S. Senate precludes states from using the revenue to finance tax cuts, which could complicate states’ budgeting efforts tremendously.

That’s because all states will almost certainly build the federal funds into their respective budgets, effectively using the funds to support programs in education, health care, social services and general government operations. But if Connecticut, or any other jurisdiction, also wants to cut state taxes in its next budget, it could be difficult to demonstrate that money from Washington went to bolster spending and wasn’t funneled as relief back to local taxpayers.