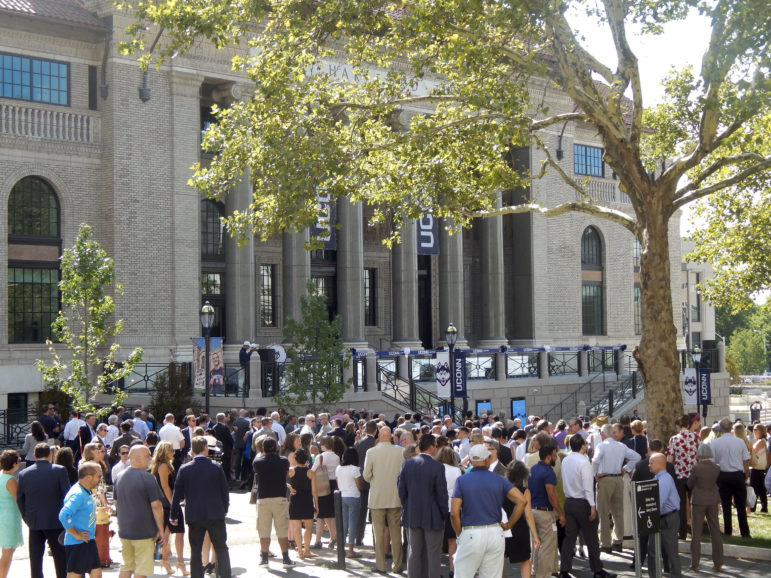 Nearly $30 million in construction cost overruns on the University of Connecticut’s Hartford campus topped a list of contracting issues that sparked criticism Tuesday from the state auditors’ office.

Construction and renovations combined originally were priced at $87 million, and a guaranteed maximum price eventually was set at nearly $98 million. But after the university adjusted the contract 24 times, involving 283 construction-related changes, the price tag ballooned, according to the legislature’s fiscal watchdog agency, the audit reports.

“The University of Connecticut should establish the scope and costs of construction projects to ensure that their actual costs are reasonable and consistent with a properly developed original budget,” Geragosian wrote.

But the university cautioned the auditors in its written response to the report that for a “large, multi-faceted project,” it’s customary to begin with “preliminary, benchmark estimates.”

“The relocation of any campus, and as in the case of the Hartford Campus Relocation project, was unprecedented, and the development of the scope of this multi-faceted project was extraordinary,” university officials added. “We believe the comparison of a preliminary benchmark estimate for the design and construction of one piece of the project to the final fully-developed cost of that individual piece is too simplistic.”

The Front Street-area campus served more than 3,000 students in its first year of operations.

Besides the renovation of the Hartford Times building, the project, developed by the Greenwich-based HB Nitkin Group, also included the purchase of an additional building, renovations to accommodate the School of Social Work, a partnership with an interior renovations to the Hartford Public Library, and the leasing and expansion of a new bookstore and café.

But the auditors’ concerns about UConn’s construction spending went beyond the downtown Hartford project.

The audit, which covered three fiscal years running from July 2015 through June 2018, found two construction project and two design contracts — priced between $4 million and $26.6 million — that were not competitively bid.

But UConn officials said the requirement can be waived if the work goes to firms already involved in construction work for the university, and if the new projects are “interdependent and intermingled” with other work already underway.

The auditors’ office, which has no authority to impose fines and only can comment on state agency decisions, disagreed.

“The university did not comply with the general statute,” Geragosian wrote. “The lack of solicitation for services could result in higher costs.”