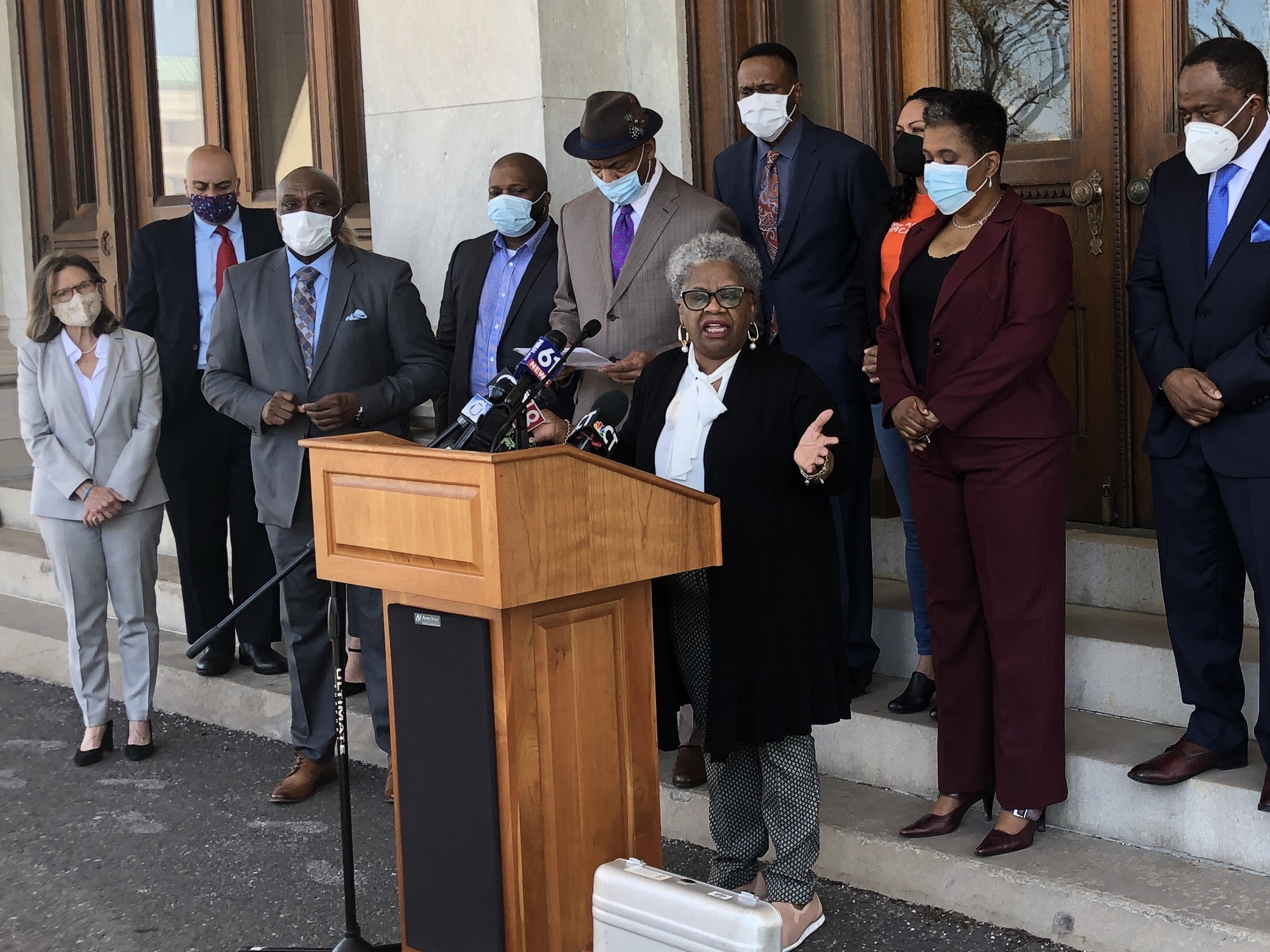 “Do you really think that these children who have been exposed to this violence believe that there is a future for them?” asked Sen. Marilyn Moore, D-Bridgeport.

Days after a 3-year-old child and a 16-year-old boy were killed in separate shootings in Hartford, Sens. Marilyn Moore, Gary Winfield and Doug McCrory demanded Wednesday that the state fund community programs that stop cycles of violence and trauma in Connecticut’s cities.

“What we are seeing in our cities is a slow, banal mass killing,” said Winfield, D-New Haven. “And this state is doing almost nothing about it.”

Winfield and other members of the legislature’s Black and Puerto Rican Caucus rejected the notion that Connecticut doesn’t have enough money to tackle the problem, pointing to President Joe Biden’s proposal to allocate $5 billion to anti-violence groups dedicated to reducing gun violence and to the money that would flow into state coffers if lawmakers vote to legalize marijuana and sports betting this year. 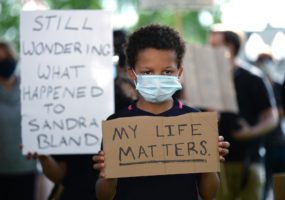 “The administration has made a commitment to supporting nonprofits and fighting gun violence in the past and will continue to do so.” Reiss said. “The administration is ready and willing to engage on new ideas on how to address this issue.”

There were no calls to allocate more money to police. Instead, legislators pushed for increased funding for community-based organizations that work to prevent violence and provide mental health services for traumatized youth. Those organizations, the legislators said, know their communities, and all their complexities and challenges, best.

Hartford, Bridgeport and New Haven all saw an uptick in shootings and gun violence in 2020. Statewide, there were 161 criminal homicides last year, a 25% increase from 2019, according to data obtained by the CT Mirror.

Legislators at the news conference noted that Black and brown people living in the state’s cities disproportionately suffer from gun violence. The schools in those communities, the lawmakers said, are under-resourced and serve children with complex trauma. The communities are similarly under-resourced, lawmakers said, and lack a robust system of well-funded anti-violence programs and social services. 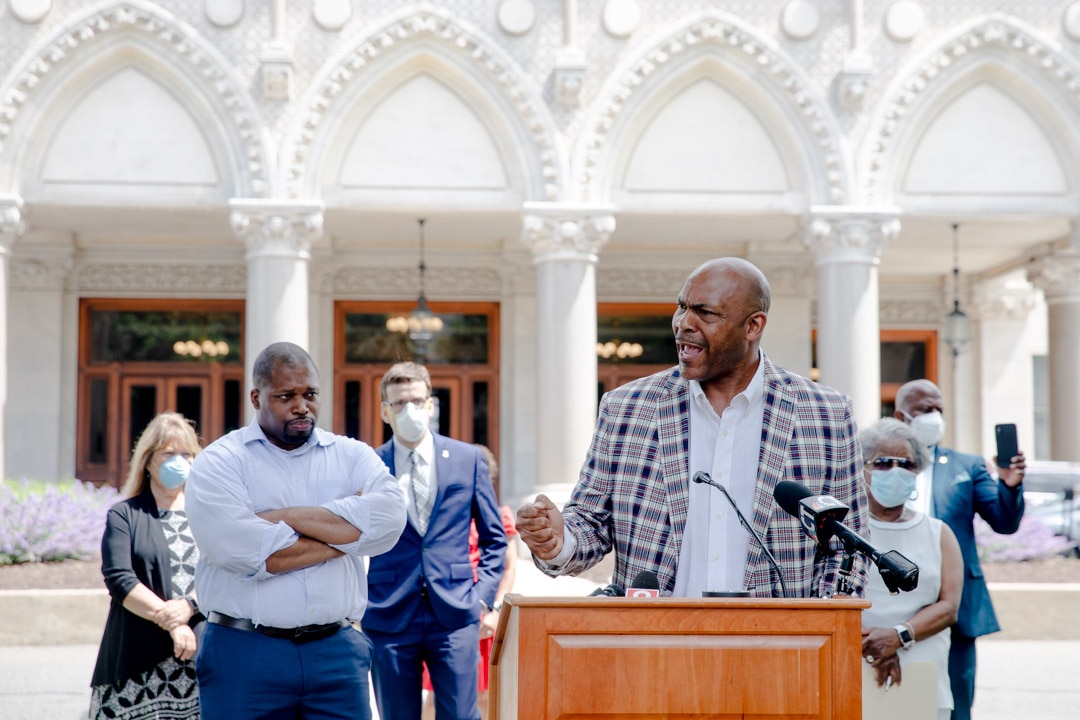 Senator Doug McCrory, D-Hartford, discusses a broad agenda to combat systemic racism during a June press conference at the state Capitol. To his left is Sen. Gary Winfield.

Youth anti-violence programs have received state funding in the past. Between the 2019 and 2021 fiscal years, Hartford, Bridgeport, New Haven, Meriden, Waterbury and West Haven received a combined $1.7 million to address youth gun violence.

But often, discussions about gun violence center on punitive actions, such as ensuring those who fire the shots are arrested and serve time in prison, said Winfield, the co-chair of the Judiciary Committee.

Ten people spoke at Wednesday’s news conference, half of whom were legislators. The others represented groups that work to reduce violence in Hartford, Bridgeport and New Haven. Compass Youth Collaborative’s Jacqueline Santiago talked about the work her organization does, going into hospitals after a shooting to support victims and get information to ensure there isn’t retaliation.

That work, Santiago said, is done every day on a “shoe-string budget.”

Others spoke of the need to treat young people’s trauma. Andrew Woods, from Hartford Communities That Care, said the majority of survivors of gun violence are repeat victims.

“Boys and men of color are at significant risk in every urban community in this nation,” Woods said. “But interestingly, they’re the ones who get the least support, the least empathy, but they are victims of violent crime in their communities where they are just trying to get up, go to work, go to school.”

Leonard Jahad, executive director of the Connecticut Violence Intervention Program, talked about the importance of restorative justice programs that can heal both victims and perpetrators of crimes.

Jahad, a former probation officer and correction officer in the state Department of Correction, said people regularly come out of incarceration “with old beef.” Or, crime victims or perpetrators are unaware that the other has been working on themselves, taking steps to improve their lives.

“They’re going to arm themselves,” Jahad said. “Just because you don’t have a damn conversation.”

Acknowledging the momentum that occurred last summer, when legislators passed a police accountability bill during a special legislative session in the wake of George Floyd’s death, McCrory said the state must address gun violence differently than it has in the past, lest it experience a false sense of security that the problem has been addressed.

“We fell back into the trap because we passed one piece of legislation, and we got comfortable again,” McCrory said.

“As a Black person, we have learned how to survive in this country,” he added. “We’re not interested in survival anymore. We want to thrive.”