Judge raises question of whether school mask lawsuit should proceed 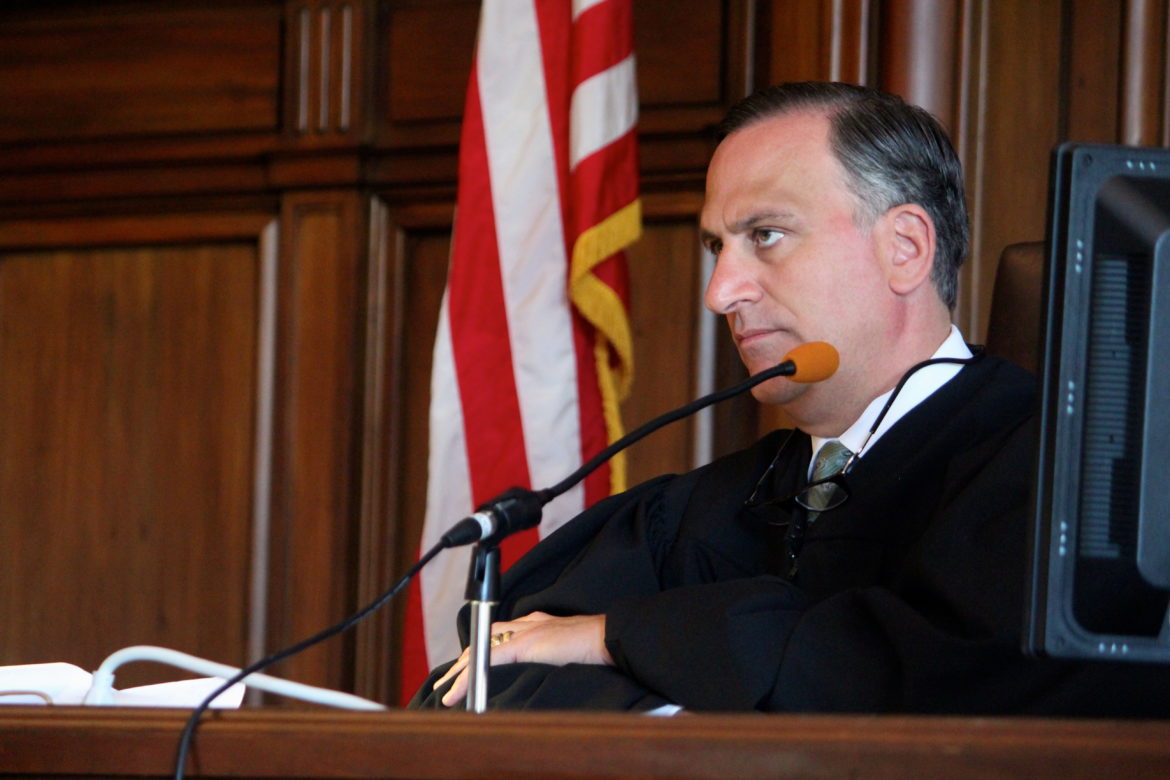 The legal battle, originally over Gov. Ned Lamont’s requirement that children wear masks in school, is now moot, said Timothy Holzman, an attorney representing the state, since the legislature has extended the governor’s emergency powers.

“Maybe it’s no longer properly in front of me to decide or even consider that issue, because the General Assembly’s acted on the subject by renewing the powers. I don’t have to resolve that anymore,” Superior Court Judge Thomas Moukawsher said during a hearing on Monday. “I don’t know that it’s within the scope of what I should do.”

Last August, CT Freedom Alliance, with four Connecticut families as co-plaintiffs, filed a lawsuit arguing that requiring children to wear masks in school is not only a health risk but that the Department of Education violated state law by improperly implementing the regulation. The plaintiffs also argued that requiring masks violates the state constitution by impinging on the right to an education.

But after Moukawsher denied a request for an emergency injunction against the state’s requirement that children wear masks in schools, the plaintiffs shifted their argument a month later to focus on the constitutionality of the governor’s emergency powers to make it a mandate.

In March, after the state Supreme Court upheld the constitutionality of Connecticut’s emergency power laws, the Senate passed a bill that extended Lamont’s pandemic authority until May 20. But last week, the legislature voted to extend those powers until July 20, adding the expansion of their oversight.

Holzman argued that the legislature’s recent decision “raises a mootness issue — it removes it from the court’s considerations.”

But a representative for the plaintiffs, Cameron Atkinson, said they don’t agree that any of the legislature’s acts extend Lamont’s emergency powers.

Atkinson also said if they take into consideration Lamont’s recent decision to loosen certain restrictions, such as fully vaccinated residents not having to wear masks beginning on Wednesday, that “we are no longer living in an emergency.”

Although 12- to 15-year-olds are now in the group of Connecticut residents who can get vaccinated, Lamont expects to continue implementing the mandate in schools since most kids still haven’t been vaccinated.

“I think, at a minimum, what we’re saying is let’s wear the mask in school a little bit longer,” Lamont said during a Monday press conference. “Let’s go through the end of this school year. Most of those kids aren’t vaccinated, most of them aren’t even authorized to be vaccinated. I know that makes the teachers feel a lot more comfortable as well.”

Moukawsher did not say when a ruling would be issued during the hearing on Monday.

Connecticut's reapportionment will test whether technology can bring public participation to a process controlled by political insiders.

CT police departments have been forced to use paper-and-ink fingerprinting techniques after a new system went live on July 25.