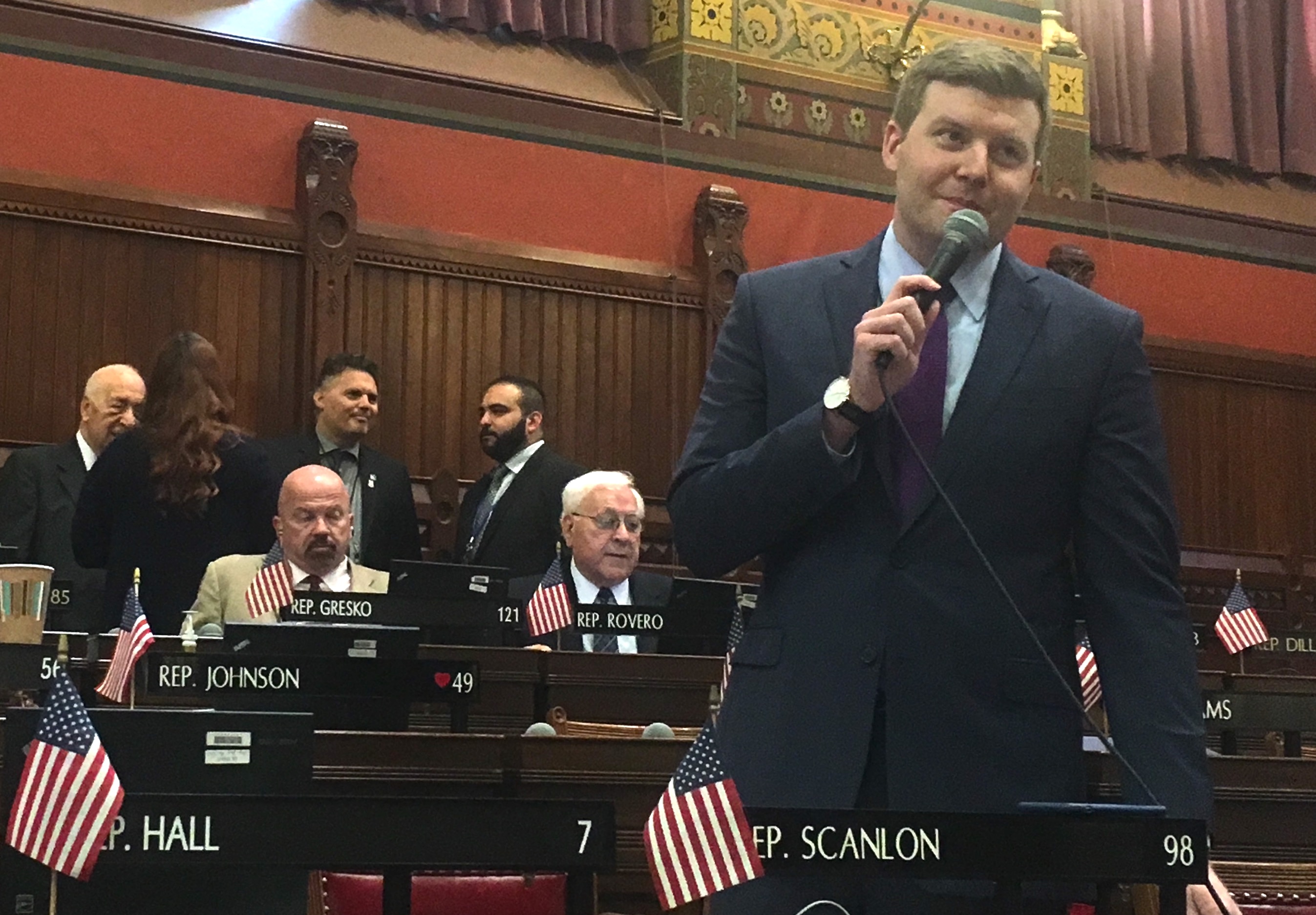 While taxes remain a volatile part of state budget negotiations, one top priority for progressive lawmakers  — an income tax break aimed at Connecticut’s working poor — seems to have a reserved spot in the next two-year state budget.

“These are the kind of people who worked three jobs during COVID,” said Rep. Sean Scanlon, D-Guilford, who co-chairs the Finance, Revenue and Bonding Committee.

“While everybody else was sitting at home, these people were going to work,” he said. “And if we can’t give them a tax break, I don’t see why. They deserve it.”

A credit against the Connecticut income tax, the state EITC was launched in 2011, equal to 30% of the federal credit of the same name. It originally provided refunds totaling $110 million to about 200,000 working poor families in 2012 — an average of $551 per household.

But over the past decade, as governors and legislatures struggled with numerous budget deficits, the credit was whittled down to 23% of the federal EITC.

This problem is compound by Connecticut’s heavy reliance — at the state and municipal level — on regressive taxes, involving rates that aren’t proportional to a household’s earnings.

Scanlon’s panel recommended resetting it at 40% of the federal credit, which would send more than $180 million per year to working poor households, an average of roughly $930 per family.

The finance committee also had proposed two income tax surcharges on wealthy households, and a digital media ads tax on online giants like Google and Facebook, to pay for the EITC expansion, another income tax cut aimed at middle-class families, and increased investments in poor urban communities.

Lamont, a fiscal moderate, has said he won’t sign a budget with major tax hikes.

But with state revenues on the rise this spring, the governor has hinted  Connecticut could afford some modest relief — even without increasing taxes on others.

Both Senate President Pro Tem Martin M. Looney, a New Haven Democrat and longtime advocate of the state EITC, and House Speaker Matt Ritter, D-Hartford, have expressed optimism that at least some increase in the credit is achievable, though they haven’t committed to the 40% level.

Meanwhile, officials from the United Way of Connecticut reminded lawmakers this week that the gap between the state’s working poor and a basic “survival” standard of living remains significant.

Bates was referring to the more than one-third of Connecticut households that earn too little to pay for basic “survival” needs.

According to the U.S. Census Bureau, 11% of Connecticut households were below the Federal Poverty Level [FPL] in 2018.

But the bureau’s chief poverty metric focuses chiefly on a household’s pre-tax earnings and the adjusted cost of a minimum food diet — originally set in 1963.

“The Federal Poverty Level has been meaningless for probably two decades,” Bates said.

Key elements like health and child care, transportation, utilities and other housing costs aren’t major factors under the FPL, but they are for the United Way’s ALICE methodology: an acronym for Asset Limited, Income Constrained, Employed households.

For example, a Connecticut family of four had to earn less than $25,100 to fall below the FPL. Under the ALICE methodology, the same family needs to earn $90,660 to cover basic “survival” needs.

About 38% of Connecticut households fall shy of the ALICE threshold, more than triple the level below the FPL.

“We lean on ALICE every day,” said Annie Sculley, who heads the United Way’s Community Results Center. And this never was more true, she added, than during the worst of the pandemic in the spring of 2020.

A household of four would need to earn $45.33 per hour — or two parents averaging $22.67 — to clear the ALICE threshold for meeting basic needs.

Sculley and Bates released new data showing that of the top 10 most common jobs in Connecticut, only two of them — registered nurses and operations managers — pay enough for two working adults to lift a household above the survival threshold.

Among those that fell short of the mark were cashiers, retail salespeople, janitors, waiters and waitresses, and food preparation workers — all jobs that, generally, can’t be performed remotely.

And while the Earned Income Tax Credit is billed as a program to help households save, advocates say most working poor families in Connecticut spend it all covering basic needs like groceries and utility bills.

That’s $37,330 less than the “survival” budget threshold under the ALICE methodology.

To those who ask how much a $930 state EITC credit would help, given that gap, Bates said “Every dollar counts when you’re scraping, making decisions between rent, heat and food.”