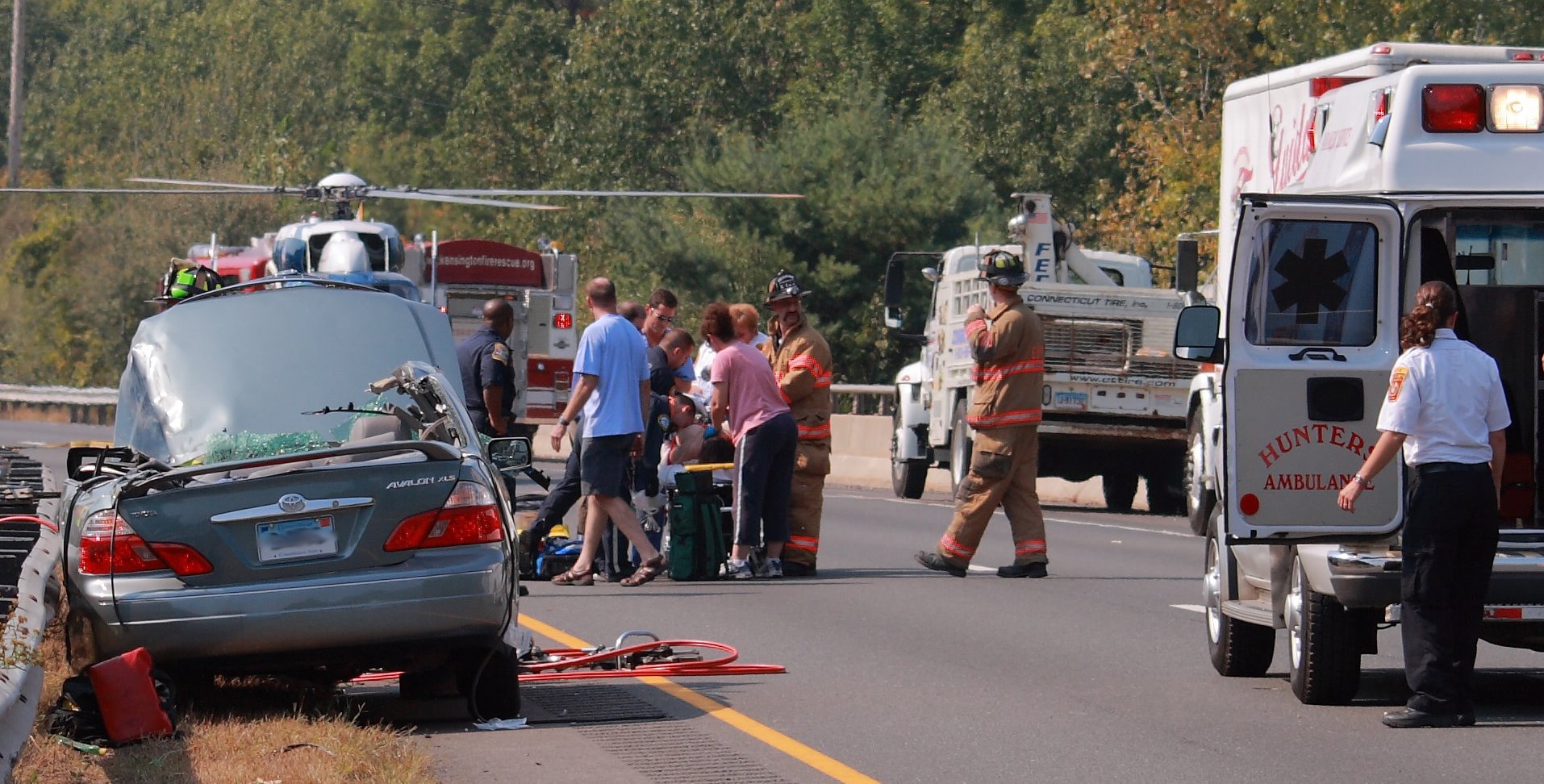 In Montgomery County, Maryland, a woman was struck by a car and killed while crossing a busy, six-lane road in April—four years after her husband was killed trying to cross the same road. In Denton, Texas, two children and an adult died this month in a head-on crash after a vehicle crossed the center lane and slammed into oncoming traffic on a stretch of highway where there is no median or divider and there have been multiple fatal crashes.

These are the kinds of crashes, repeated daily across the United States, that might have been prevented by relatively simple engineering changes—medians, pedestrian islands, rumble strips, narrower lanes that could slow down drivers.

But as President Joe Biden pushes a huge infrastructure plan and states hash out plans to fix roads and bridges and modernize highways, some critics say safety is getting short shrift. Even though the pandemic kept people off the roads in 2020, traffic fatalities rose by nearly 5%. And the number of pedestrians killed by drivers increased by about 44% between 2010 and 2019.

“We need a fundamentally new approach to transportation at the federal level that makes safety the top priority overall for all projects, not just a separate program,” said Steve Davis, a spokesperson for Smart Growth America, a Washington, D.C.-based urban planning advocacy group.

Jane Terry, a vice president at the National Safety Council, an Itasca, Illinois-based organization focused on eliminating preventable deaths, agreed. “There should be more funding available and policy changes to ensure the safety of all roadway users,” she said in an email.

Last week, Biden scaled back his massive American Jobs Plan infrastructure proposal from nearly $2.3 trillion to $1.7 trillion in a bid to win Republican support. The administration still hasn’t spelled out a lot of details about the initial plan, but more than $400 billion apparently would go to transportation, said Paul Lewis, a vice president at the Eno Center for Transportation, a Washington, D.C.-based nonprofit that analyzes policy. Lewis said $20 billion of that would be specifically designated for road safety programs.

That includes $8 billion that would be allotted to states to supplement a current federal highway safety program that makes physical improvements, such as building roundabouts, improving roads and eliminating high-risk railroad crossings, Lewis said. Another billion would go to a program to “support safe driving behaviors” through education and enforcement.

Most of the rest would be allotted for a new “Safe Streets for All” program to fund state and local projects to reduce crashes and fatalities, especially for pedestrians and bicyclists.

In an email to Stateline, a U.S. Department of Transportation spokesperson wrote that “safety is the highest priority” and noted that Biden’s plan to set aside $20 billion for safety programs would more than double current safety funding levels. The plan also calls for a $115 billion investment in a new approach to fixing roads and bridges, “not only ‘fixing them first’ but ‘fixing them right’ with safety, resilience, and all users in mind,” the spokesperson wrote.

“Sometimes, the question becomes how do we invest in safety and at the same time take care of these critical failing structures that we have? That will continue to be a challenge,” said David Harkey, president of the Insurance Institute for Highway Safety, a nonprofit research group funded by auto insurance companies.

“It’s always a matter of trying to strike that balance. But we have to figure out how we can use that money to save lives.”

Advocates say safety improvements to prevent crashes must be integral to project planning, whether that means changing road design to lower vehicles’ speed, or adding traffic signals and medians to protect pedestrians.

“We have to invest in safety and prioritize it when it comes to infrastructure,” Terry of the National Safety Council said in an interview with Stateline. “It should be incorporated at every single level of discussion.”

While it’s typically up to federal, state and local transportation departments to decide how projects are engineered and built, the president, Congress, governors, legislators and local leaders should be taking the lead when it comes to safety, Terry said.

“You need to have people at the top signal that the [traffic] fatality rate is unacceptable and that they are not going to put up with it any longer.”

Last month, the council urged the Biden administration to do more to protect roadway users by committing to the goal of zero traffic deaths by 2050.

Others are urging the administration to emulate other countries by requiring local governments that receive infrastructure funding to prioritize traffic-calming design features.

The National Safety Council and many other highway safety advocates and transportation experts favor what they call a “safe system” approach to road planning. The idea is to anticipate human errors by road users, then engineer and redesign roads systemwide to reduce or eliminate risks that result in serious traffic injuries or deaths.

Among the recommendations in a May report by the Johns Hopkins Center for Injury Research and Policy and the Institute of Transportation Engineers: replacing dangerous four-way intersections with roundabouts, which slow traffic and reduce deadly side impact and severe crashes by at least 78%; and installing median barriers on rural divided highways, which cut high-speed head-on crashes by 97%.

Other safe system changes include converting four-lane undivided roads to two thru-lanes and a center turning lane, which slows down traffic and provides space for turning vehicles; installing rumble strips on center lines or shoulders to alert inattentive drivers who have strayed from their lane; and building separated or protected bicycle lanes to prevent collisions.

“It’s not hocus pocus. It’s changing the philosophy to be more proactive,” said Robert Wunderlich, director of the Center for Transportation Safety at the Texas A&M Transportation Institute. “If we’re going to be building all this new roadway infrastructure, we need to make it as safe as economically feasible.”

And even if the infrastructure project is simply repairing a crumbling road or bridge, Wunderlich said, officials should first examine whether there is an opportunity to improve safety at that location rather than just rebuild it the way it was.

“On a freeway, they might say, ‘There’s no median barrier. Let’s go put that in,’” he said. “It’s not just fixing the potholes, but thinking, ‘Hey, what kind of shoulder do we have? Maybe a bigger one would really improve safety.’”

More than 36,000 people died in traffic crashes in the United States in 2019, according to the National Highway Traffic Safety Administration. In the first half of 2020, an estimated 16,650 people were killed.

And the pedestrian fatality rate jumped an estimated 21% in 2020, compared with the previous year, according to a recent Governors Highway Safety Association study. It was the biggest increase since federal officials began tracking such incidents in 1975.

More than 6,700 pedestrians were killed even though there was a decrease in traffic during the COVID-19 pandemic.

Older adults, people of color and those in low-income communities are disproportionately represented in fatal crashes involving pedestrians, according to a recent report by Smart Growth America. The report found that Black pedestrians were struck and killed by drivers at an 82% higher rate than White pedestrians from 2010 to 2019.

The lowest-income neighborhoods had a fatality rate that was nearly double the rate in middle-income areas, and nearly triple that of high-income areas, the report found. The authors attributed the disparity to the relative lack of sidewalks, marked crosswalks and street designs that would encourage safer, slower speeds in poorer neighborhoods.

“Many states and localities have spent the last ten years focusing on enforcement, running ineffectual education campaigns, or blaming the victims of these crashes, while ignoring or actively distracting people from the role of roadway design in these deaths,” the report said. “States and localities … need to acknowledge that their approach to building and operating streets and roads contributes to these deaths.”

No state is more dangerous for pedestrians than Florida, according to the report. Seven of the 10 metropolitan areas with the highest pedestrian fatality rates from 2010 to 2019 were in Florida, and the state ranked worst overall.

Preliminary 2020 numbers from the Governors Highway Safety Association show that 729 pedestrians were killed in Florida in 2020, second only to California, with 1,026. But California’s population is nearly twice as large.

The state has created a coalition charged with making changes that would reduce crashes that injure or kill pedestrians and bicyclists and adopted a plan that revises standards and policies that support pedestrian and bicycle safety, Florida Department of Transportation spokesperson Beth Frady wrote in an email.

This story was first published May 27, 2021, by Stateline, a publication of the Pew Charitable Trusts.