Wanted: Special prosecutor to investigate police use of deadly force 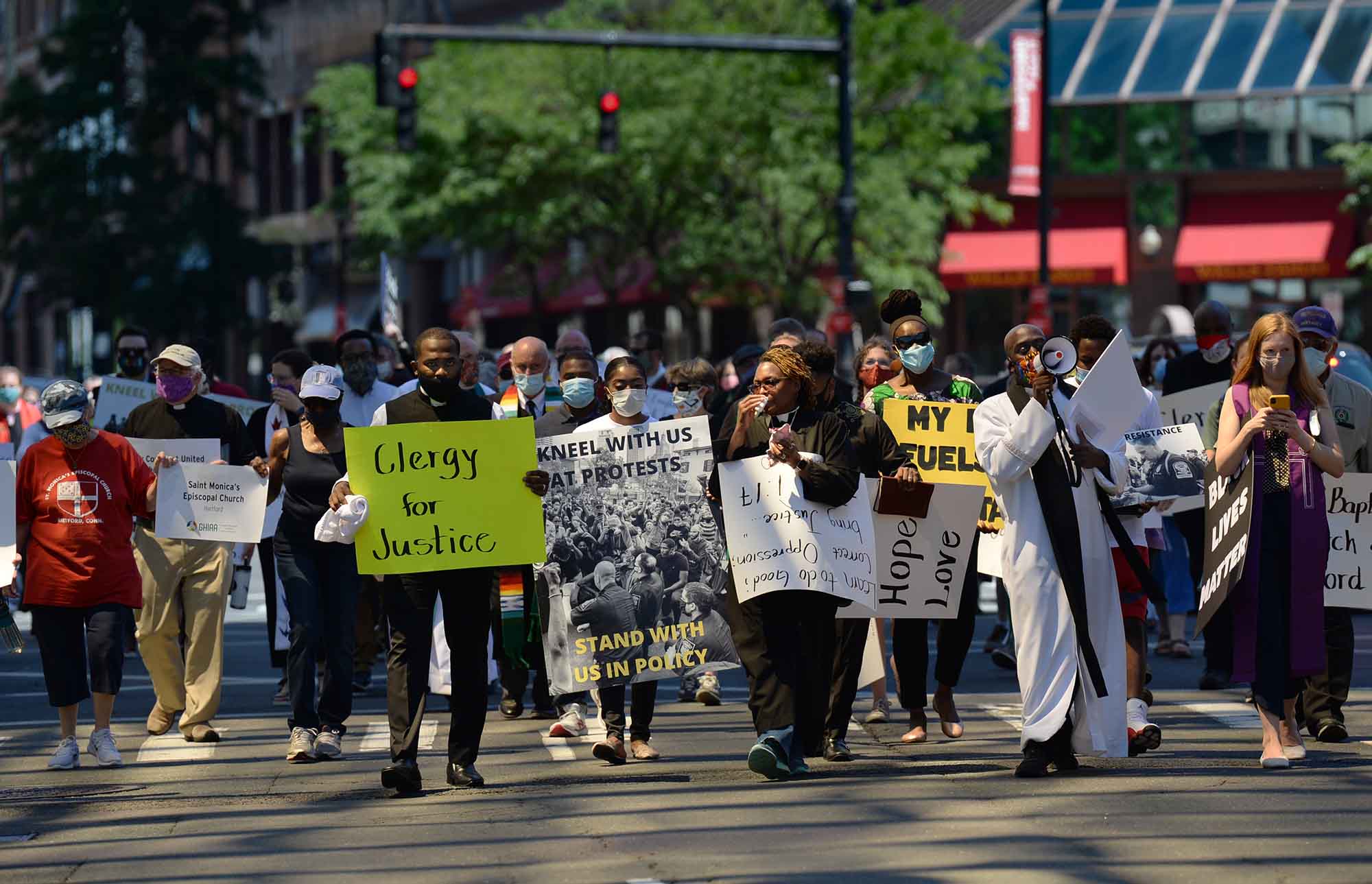 Rev. Trevor Beauford, senior pastor of Union Baptist Church (with megaphone) leads a march down Main Street in Hartford in 2020 to demand police accountability and transparency in response to the recent death of George Floyd at the hands of Minneapolis police.

The Division of Criminal Justice is looking for an attorney interested in being Connecticut’s first-ever Inspector General, an independent office that will investigate police officers’ use of deadly force and, if necessary, prosecute them.

Legislators created the position in a special session in summer 2020 following the murder of George Floyd. But only existing prosecutors were able to apply for the job, leading advocates to question whether the office was truly independent, given how closely state’s attorneys and cops work.

The job posting comes as people in Connecticut and across the nation demand accountability for police misconduct and violence. The position will be, by its nature, controversial, said Andrew McDonald, chair of the Criminal Justice Commission, the group tasked with appointing the special prosecutor.

“You are looking inward on your own profession. Prosecutors are law enforcement officials, as are police officers, so this Inspector General, who has prosecutorial authority, is going to have to undertake that introspective look at law enforcement in an objective way,” McDonald said. “And that’s not something that comes easily when you are investigating people who are, in some ways, your collaborators.”

The inspector general will determine whether an officer’s use of force was justifiable and whether other officers had a duty to intervene in such cases — and, if necessary, prosecute them. They will also perform investigations when individuals die in prisons or jails.

In the current system, state’s attorneys investigate police use of deadly force and deaths in their custody. There has been just one criminal charge — out of 76 investigations — since 2001. That charge did not result in a conviction.

Then, in the current session, lawmakers passed a bill broadening the parameters of who can apply for the job.

“The legislature clearly signaled that they want a broader applicant pool to have before the commission,” said McDonald.

The Criminal Justice Commission is working on a shoestring budget to find the special prosecutor. McDonald said the commission’s annual budget is $409.

Existing prosecutors are encouraged to apply, McDonald said, but so are defense attorneys, law professors who have prior prosecutorial experience or judges who want to change their career path.

“This is a new course for the state. Traditionally, positions at this level within the Division of Criminal Justice have been the result of promotions from existing prosecutors,” said McDonald. “We will find out whether there is a marketplace of others who are interested in the position.”

The four-year position pays $167,183 annually. Candidates must have three years of experience — McDonald said the successful candidate will more than likely have more than that — and have leadership skills and experience to lead the eight members of their team.

“The tone and tenor of the office is going to be established by its first occupant,” McDonald said. “Making sure that this office is launched properly, by somebody who is capable of upholding the high standards that would be necessary for fulfilling this role, is going to be a significant aspect of our review of the applicants.”

Interested applicants have until Aug. 31 to apply. McDonald said there will be an opportunity for public comment before the commission makes its appointment.

Experts estimated in an analysis of last year’s police accountability bill that it would cost almost $1 million to fund the nine employees’ salaries and benefits. The staff would include the inspector general, a senior assistant state’s attorney, five inspectors, a forensic analyst and a paralegal. The analysis estimated the office would conduct 25 investigations each year.