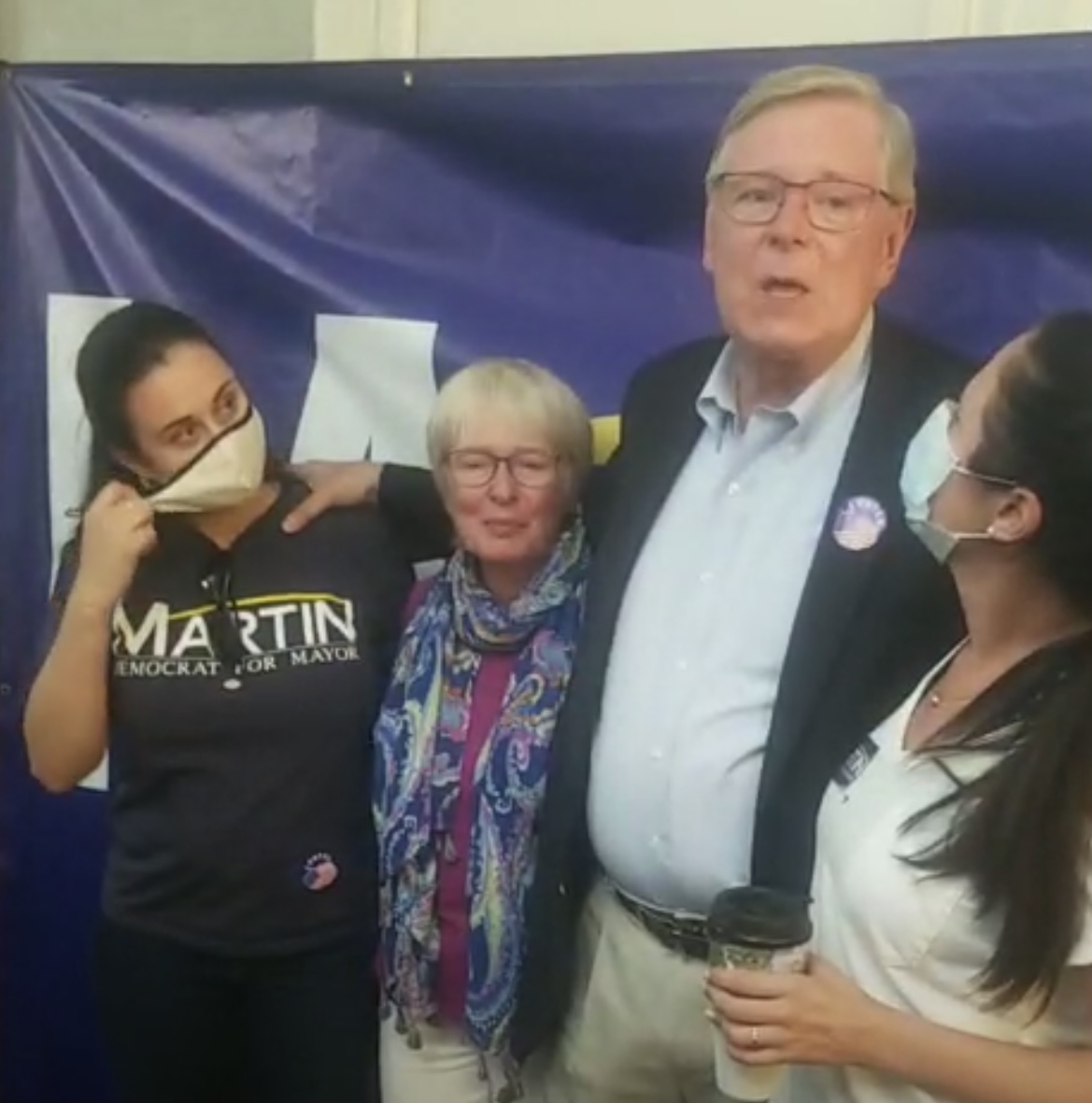 In Hamden, Lauren Garrett easily defeated Mayor Curtis Leng in her second run for the office. Like Simmons in Stamford, Garrett had won the endorsement of the local Democratic committee.

The other Democratic chief elected officials facing primaries were: Julia Pemberton, the first selectman of Redding, and Nancy R. Rossi, the mayor of West Haven. Both were victorious.

First Selectman Barbara K. Perkinson of Woodbury was the only Republican chief elected official in a primary. She defeated Lisa Amatruda, 52.6% to 47.4%.

The Stamford mayoral primary was the marquee contest among the 15 Democratic and five Republican municipal primaries Tuesday. There also was a Democratic contest for probate judge in the New Britain-Berlin district.

Simmons, 35, who was elected to the state House in 2014, ran strong across the city, according to unofficial results that showed her with 63% of the vote. Martin, 68, was unable to capitalize on his city’s economic and population growth.

He conceded less than an hour after the polls closed, pledging his support for Simmons and dismissing Valentine as someone who should not be running the city, “despite all his celebrity status.”

The 2020 Census showed Stamford to be Connecticut’s second-largest and fastest-growing city.

Leng declined to say if he would support Garrett, according to the New Haven Independent. Garrett won with 56% of the vote in a three-way fight with Leng and Peter Cyr.

In a Democratic primary for a probate court vacancy, William C. Rivera of New Britain defeated Robert A. Scalise Jr., 51.3% to 48.7%.

By more than a 2-1 margin, a conservative slate endorsed by the town committee defeated incumbent Board of Education members in a Republican primary in Guilford.

The Working Families Party, the progressive group largely funded by unions, backed three winners for district council seats in Bridgeport: Tyler Mack, Aikeem Boyd and Wanda Simmons. It gives the WFP a foothold in Bridgeport, where the progressives have fought with the Democratic machine and backed state Sen. Marilyn Moore’s in her close loss to Mayor Joseph P. Ganim two years ago.

“We think that these three people can start making a difference,” said Roger Senserrich, a WFP spokesman. “It opens doors.”

But they failed to defeat Ernest Newton II, the former state senator and state representative who pleaded guilty to federal corruption charges in 2005, did time and re-entered politics. Newton failed to win back a seat in the legislature, running afoul of state campaign financing laws along the way, but he was elected to the council in 2017.

Among the four candidates for two seats in the 139th council district, Newton was the top vote-getter, with 29.78% percent of the votes. Simmons was second with 25.43%

In Bloomfield, Democrats appeared to split their ballots, nominating three endorsed candidates and three challengers for council. The winners included Suzette DeBeatham-Brown, who has the title of mayor, but was not endorsed by the town committee. One of the losers was Renee D. Coleman-Mitchell, who was pushed out as the commissioner of public health by Gov. Ned Lamont.