Gov. Dannel P. Malloy vetoed three more bills Thursday, including a measure that likely would have barred the sale of chocolate milk in Connecticut schools. 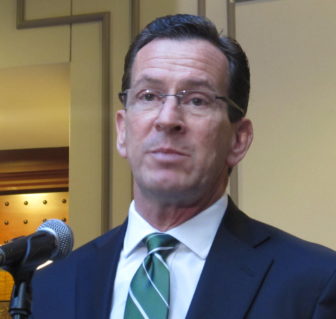 The governor wrote in his veto message that the legislature was “well-intentioned” when it enacted a measure prohibiting the sale of nonfat milk containing any added sodium.

“Unfortunately, all milk producers that sell milk to our public schools add some sodium to their nonfat chocolate milk product to counteract the bitterness caused by adding cocoa to the milk,” Malloy wrote.

Some nutrition advocates have said offering chocolate milk is crucial to entice some children to drink milk when they otherwise would avoid it entirely.

The governor added that the bill represents “a sensible effort” to comply with federal law requiring states to reduce the amount of sodium consumed by public school students. Malloy said he looks forward to working with the legislature on this issue in the future and added he could support it “with some minor changes.”

A second measure Malloy vetoed nixed what some legislators argued was a crucial reform needed within his administration, particularly involving hearings in the Department of Social Services.

Clients and potential clients of DSS get to appeal certain departmental decisions, such as denials of benefits or being turned down for Medicaid coverage of certain treatments.

Department hearing officers consult with DSS attorneys or staff –sometimes even communicating with the officials whose decision is under appeal.

Critics say the practice is akin to a judge seeking guidance in a lawsuit from someone paid by one of the litigants, without the other side having a chance to weigh in.

But while the bill would have prohibited this practice, the governor wrote in his veto message that barring hearing officers from consulting with staff or with agency subject-matter experts “would impair DSS’s ability to fulfill its mission of making accurate eligibility determinations in an efficient and timely manner.”

But the governor noted that the expansion would have cost the state an estimated $5 million in the new fiscal year, which begins July 1, and that loss had not been built into the new budget.

“This is a good bill and I deeply regret being unable to sign it,” Malloy wrote. “Every budget involves difficult choices. This year’s budget adjustments were no exception.”

Thursday’s vetoes bring to seven the total bills Malloy has rejected from the 2014 General Assembly session.

Other recently vetoed measures would have: