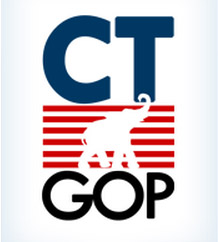 The GOP complaint is based on a state law that creates a rebuttable presumption of illegal coordination under certain circumstances, such as sharing staff or consultants. But the complaint offers no evidence of shared staff, consultants or communication illegally tying the Malloy campaign to the DGA.

Instead, the GOP simply asserts that such coordination exists. It also makes two novel arguments: one, that Malloy himself is the nexus by effectively serving as an agent of his own campaign and the governors’ association; and two, that the DGA’s creation of the new group is evidence of guilt.

“This claim is utterly baseless, totally unsubstantiated, and unbelievably reckless,” said Devon Puglia, a spokesman for the Connecticut Democratic Party. “There are fewer specifics in this claim than the GOP’s policy proposals — and that’s next to nothing.”

Malloy has been an aggressive fundraiser for the Democratic Governors Association, which spent $1.78 million on independent expenditures supporting his candidacy in 2010. By itself, that has not been held to be illegal coordination by the State Elections Enforcement Commission.

The DGA and its Republican counterpart use their governors as rainmakers, as the RGA did recently when its chairman, New Jersey Gov. Chris Christie came to Connecticut to campaign and raise money with the Republican nominee, Tom Foley. The RGA spent $1.6 million to assist Foley in 2010 and pledges to support him again this year.

“Don’t know yet,” Christie said, when asked how much it would spend on Foley’s behalf. “It depends on how much we need to spend up here to win.”

The governors’ associations generally avoid accusations of coordination by depositing contributions into a general account, not earmarking money that an individual governor raised for their in their re-election campaigns. They also create firewalls segregating fundraising staff from those making independent expenditures.

Common Cause and other advocacy groups still deplore the practice, saying it circumvents the limits on direct contribution to candidates. As candidates participating in the state’s voluntary public financing program, Malloy and Foley are limited to contributions of no more than $100.

U.S. Supreme Court decisions allow unlimited contributions to and expenditures by independent groups, but the court still allows restrictions on direct contributions to candidates. Malloy and Foley also are raising money for their state parties, which can accept maximum contributions of $10,000.

The state’s public financing program provides Malloy and Foley $6.5 million each for the general election in return for contribution limits meant to blunt the influence of special interests.

To qualify, each had to raise $250,000 in small-dollar donations. State contractors were barred from giving.

What’s new this year is the Democratic Governors Association’s obvious sensitivity to the possibility someone might try to build a case that Malloy’s fundraising compromised his campaign’s independence.

In their complaint, Republicans capitalize on the DGA unsuccessfully suing this year in U.S. District Court to strike down portions of Connecticut campaign finance law.

As first reported by The Mirror, the DGA responded last month by establishing Connecticut Forward, an independent expenditure group that creates an additional layer of separation from the Malloy campaign. Whether that layer is truly needed is matter of speculation, but Republicans say the intent is clear.

“By forming and making contributions through Connecticut Forward, the DGA has accomplished what it set out to do –  transfer funds to another political committee to make expenditures for the benefit of Governor Malloy,” according to the complaint.

The complaint was filed by Elissa Voccola, the executive director of the Connecticut Republican Party. Voccola or Jerry Labriola Jr., the state party chairman, were not immediately available for comment.

Foley has ties to two independent expenditure groups that made payments last year to his communication and advertising consultants.