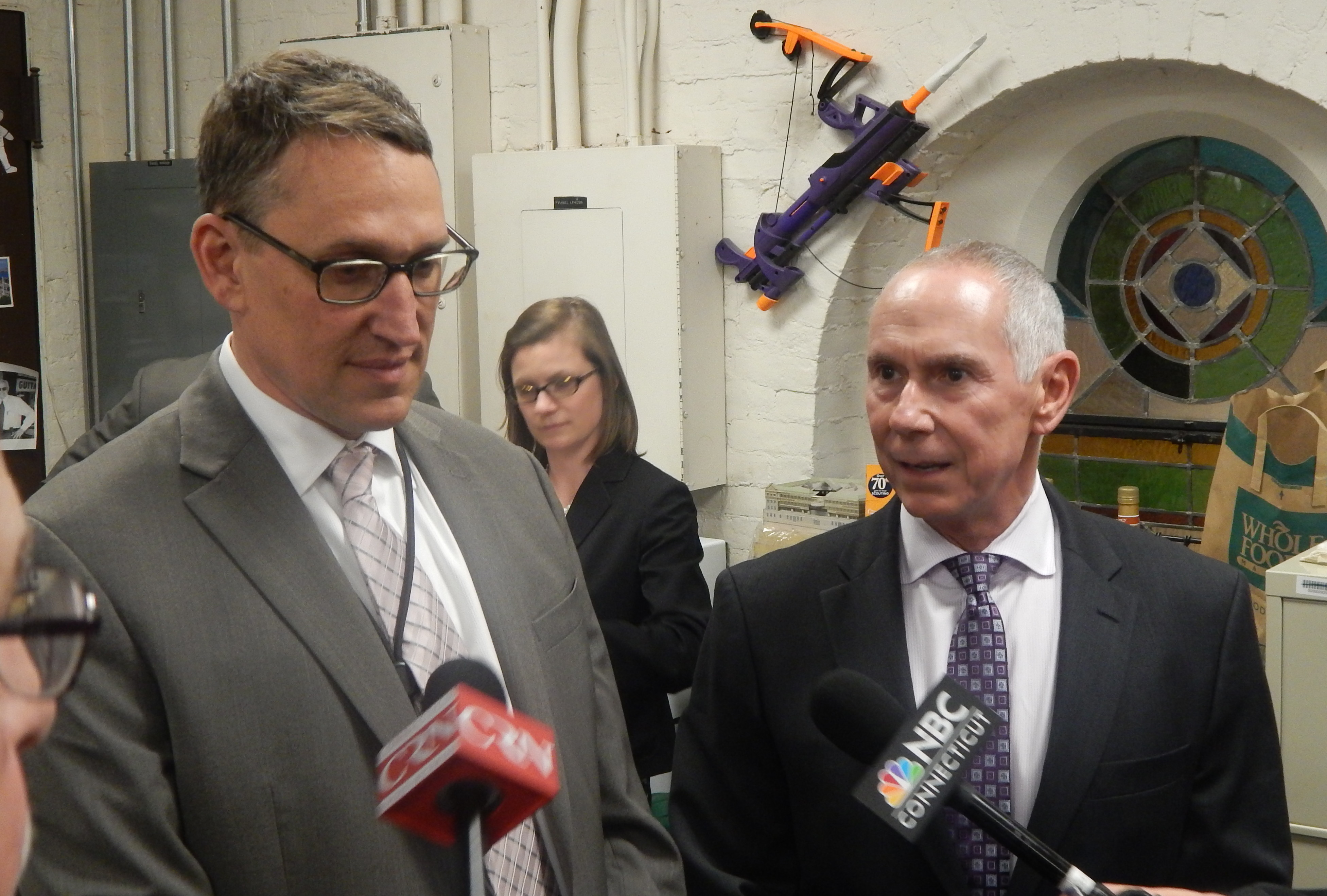 Gov. Dannel P. Malloy announced Thursday that four of his most senior administrators will return for a second term.

“Mark and Ben have played critical senior roles in my administration, leading the work we’ve accomplished these past four years to modernize state government, making it more cost-effective and more responsive to resident needs,” Malloy said. “With Mark and Ben continuing to lead the charge, I look forward to making even greater strides to improve the economic outlook of Connecticut, grow even more jobs, and continue our transformation of state government.”

Ojakian, who has been with the Malloy administration since its start in January 2011, served as deputy budget director for the first year before succeeding Timothy Bannon of Manchester as chief of staff in 2012.

Ojakian played a crucial role in Malloy’s resolution of the record-setting, $3.7 billion budget deficit the governor inherited in 2011-12. Ojakian specifically was the administration’s lead negotiator in talks with the State Employees Bargaining Agent Coalition that ultimately led to ratification of a major workers’ concessions package.

“It has been an honor to serve Governor Malloy, who I not only consider a dedicated, hard-working public servant, but also a great friend,” said Ojakian. “Under the governor’s leadership, we’ve faced and overcame several obstacles in the first term while on our way to making Connecticut a better place to live, work, and raise a family.”

Before serving in the Malloy administration, Ojakian had served as deputy comptroller for 16 years under Lt. Gov. Nancy Wyman when she held the comptroller’s office.

Barnes, who has been secretary of the Office of Policy and Management since the administration began, has overseen the effort to keep state finances balanced despite very modest revenue growth amid Connecticut’s relatively sluggish recovery from the last recession.

“Over the last four years, we have seen significant progress in our efforts to do more with less in order to attain a smaller, more efficient executive branch,” Barnes said. “I am grateful to the governor for his confidence in my leadership at OPM and look forward to continue serving the people of Connecticut.”

Barnes had been the subject of Capitol rumors this fall that he might take the chief financial officer’s post at UConn – rumors the administration rejected.

Before joining OPM, Barnes was the operating officer for the Bridgeport public schools. He also had served as Stamford’s director of operations when Malloy was that city’s mayor.

Smith began as commissioner of economic development in March 2011.

“Catherine’s knowledge of Connecticut and passion for business is helping our state grow jobs at the businesses that are currently here, attract employers from other states, and encourage the development of new, innovative start-up companies that are making Connecticut their home,” Malloy said.

Sullivan also has been with the Malloy administration since 2011.

“Kevin’s background in public service has given him an exceptional knowledge of the inner workings of state government, and over the last four years he utilized that experience to work with the staff at DRS and implement a number of efficiencies and improvements to make DRS more responsive to the people of the state,” Malloy said. “I thank him for his service during my first term in office and look forward to having him continue in this role.”