What a difference four years makes.

In 2011, Gov. Dannel P. Malloy during his budget address to the General Assembly called on the University of Connecticut not to increase tuition at a faster rate than inflation. He made the request even though state funding cuts to to the public university were inevitable as lawmakers grappled with closing a $3.67 billion deficit. 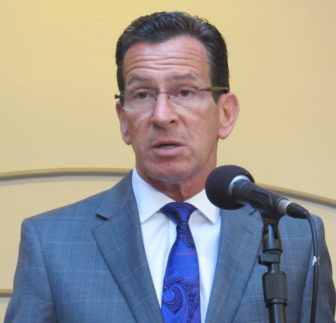 With a looming $552 million deficit in the upcoming fiscal year — and UConn officials pitching a 6.7 percent tuition increase — the Democratic governor’s perspective has changed.

“If it doesn’t come from tuition, then it has to come from additional contributions, or we’ve got to cut faculty positions or other things,” the governor said. “They believe they need additional funds to do the things they are required to do. No one wants to increase the amount of [state] money they are actually getting, so it’s a difficult situation.”

House Speaker J. Brendan Sharkey, D-Hamden, is reserving judgment on UConn’s tuition proposal, which would increase in-state tuition by 31.1 percent over the next four years.

“I think there needs to be a very clear sense of why that is necessary and what impact it’s going to have on its competitiveness as well as its availability to Connecticut students. I have not seen their explanation or justification for such a steep increase,” he said. “I want to understand better why they feel such a large increase is justified.”

The university says it faces a $40.2 million dshortfall for the fiscal year that begins July 1, a 3 percent gap in what it says is needed to continue offering existing programs and services and to provide a pay raise for staff of between 1 and 3 percent.

As UConn’s costs have soared, state spending has not kept pace. While state spending for UConn has increased by $110 million since 2006, the share of the university’s budget that state spending covers has dropped from 38 percent to 33 percent.

“Our support for UConn has been pretty steadfast,” said Sharkey.

But UConn Budget Chief Scott Jordan has said that support has not kept pace with all the mandates imposed on the university for things like pay raises. Personnel costs are often negotiated by the state administration rather than by the university.

Regardless, some Republican legislators have decried the escalating tuition. If the proposal announced Tuesday is adopted by the school’s governing board, tuition will have doubled since 2008.

“Year after year, UConn is becoming less and less affordable for Connecticut’s lower- and middle-income families,” Sen. John A. Kissel, R-Enfield, said. “I know that’s true for the families I represent in north-central Connecticut. The people I represent have seen flat incomes for the past several years. Their children are being priced out of their flagship university. How in the world is a 31 percent tuition hike over four years deemed ‘reasonable’?  To me, as a UConn alumnus, it’s outrageous. We are rapidly making higher education available only to the wealthy.”

Nonpartisan legislative researchers concluded in October 2013 that UConn’s cost was pricing out students from low- and middle-income families.

“Prices may appear out of reach for students from low-income families,” the legislature’s Program Review and Investigations office reported. “Income needed for UConn rose most for low-income students … Net price consumes a larger share of family resources as income declines.”