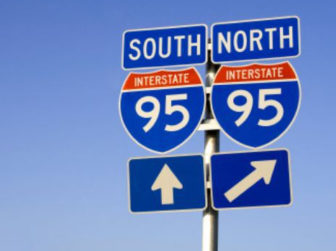 A major consumer advocacy group and a key legislator on transportation financing  both argued Tuesday against one of Gov. Dannel P. Malloy’s largest transportation initiatives: the widening of Interstate 95.

And while the Connecticut Public Interest Research Group praised Malloy for making transportation investment a priority, its director also said the widening proposal deserved its place on a national list of “highway boondoggles” compiled by U.S.PIRG, a federation of state public interest research groups.

Widening I-95, particularly in traffic-heavy Fairfield County, would not alleviate congestion in Connecticut’s southwest corner, ConnPIRG State Director Evan Preston said during a mid-morning press conference in the Legislative Office Building. But with an estimated price tag of $11.2 billion, it would draw resources from more crucial priorities, including: bridge repair, general rail improvements and expansion of mass transit. 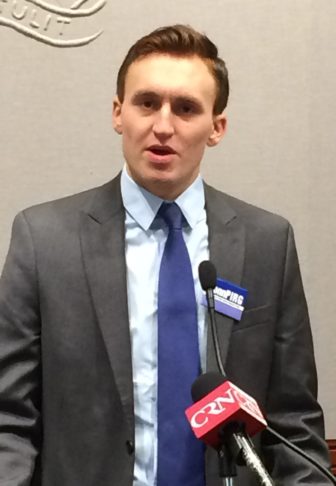 “As we face limited resources, … we know that investing in I-95 is one of the least effective ways to benefit our transportation system,” Preston said.

Tom Maziarz, director of the Connecticut Department of Transportation’s Bureau of Policy and Planning, told the Connecticut Post last year that “you can’t build your way out of congestion.”

And Joseph Cutrufo, who is spokesman for the Manhattan-based Tri-State Transportation Campaign, and Preston, argued that widening I-95 might provide relief — but only in the very short term.

Widening I-95 also means a host of logistical problems, argued State Rep. Jonathan Steinberg, D-Westport, who co-chairs the legislature’s transportation bonding subcommittee. Besides the environmental issues and the expense of publicly taking private property related to widening the highway, the road work would worsen traffic congestion that already is severe, he said. 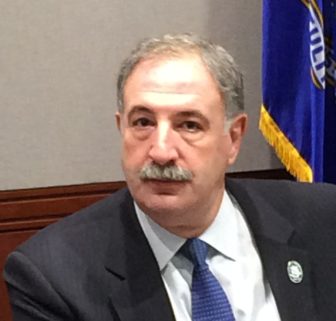 “Think about the years of dislocation we’re talking about in widening I-95,” Steinberg said.

And the cost of that project is particularly significant when placed in fiscal context, he said.

Malloy said his proposal to widen I-95 must be viewed in the context of an overall plan to improve transportation infrastructure over 30 years, which will focus heavily on mass transit in the early years. But highway congestion in lower Fairfield County cannot be ignored, he said.

“I’ve said do both. Our plan calls for a 41 percent increase in bus service in the state of Connecticut. It calls for a full modernization of the rail system,” Malloy said.

He said his plan will expand track capacity and give Metro-North the ability to run more and faster trains, cutting 15 minutes off a trip from New Haven to New York City.

“I’m in agreement,” Malloy said. “We have to spend money on all fronts, not any one area. And what other governor is proposing expansion of bus service by 41 percent?”

Although the governor’s initiative is billed as a $100 billion investment over the next 30 years, that includes both existing resources already earmarked for transportation as well as new funding.

And about two-thirds of the $100 billion will be needed, state transportation officials say, just to perform necessary maintenance work on existing highways, bridges, rail lines and other infrastructure.

That means spending $11.2 billion to widen I-95 would involve dedicating one-third of all money available for projects that go beyond basic maintenance.

A better use of those funds, Steinberg, Preston and Cutrufo argued, would be to invest them in:

“The driving boom is over,” Preston said. “And if we’re going to attract talent to the state, if we’re going to keep young people in the state after they graduate from college, we need to provide options that do not require people to depend on their cars.”

Preston also said that using tolls with congestion-based pricing – a funding mechanism recommended by the governor’s Transportation Finance Panel last week to help pay for transportation improvements – also could be an effective tool to ease crowding on I-95.

Steinberg said he wouldn’t use the term “boondoggle” to describe widening I-95, as ConnPIRG does, but he did agree that it is “a misplaced priority.”

Steinberg, Preston and Cutrufo all praised Malloy for raising this issue.

“The governor deserves a lot of credit for making transportation a priority,” Preston said. “The governor’s overall vision is right.”

“I have been one of the fiercest advocates on behalf of the governor’s initiative,” Steinberg said.